Circular Economy – Making good of what goes around, comes around 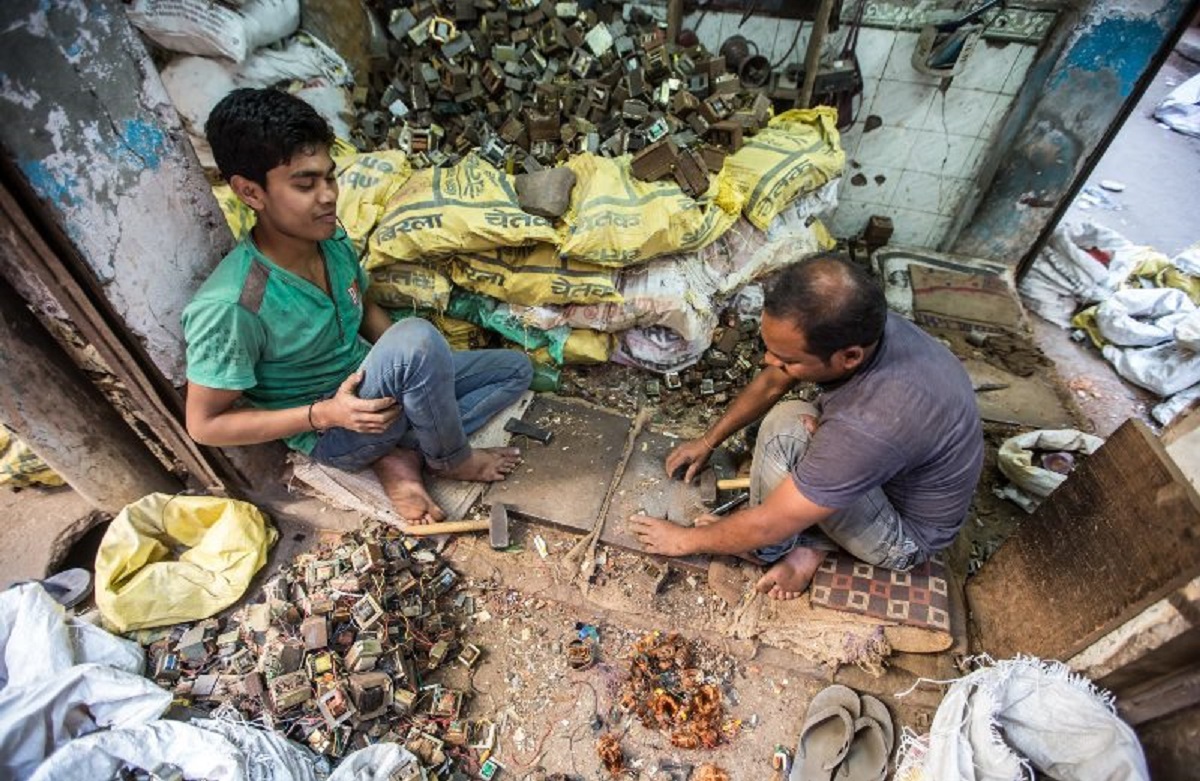 As the world is turning more digital every passing day, the problem of e-waste also increases. The increasing use of electronic devices and rapid development in these devices means there is more electronic waste lying outside the cities especially in the developing world.

The number of new digital goods sold annually worldwide is over six billion, and it is increasing at a rapid pace. There is a prediction of 1.5 billion smartphones being sold before the end of 2021, alongside 126 million desktop computers, 659 million laptops, and 513 million Wi-Fi routers. The pressure of e-waste on developing countries like India is even more immense given the large population, increasing digital penetration and illegal shipment of e-waste to their shores from the developed countries.

In this context Digital Empowerment Foundation recently contributed to the making of the modules on the circular economy in the Guide created by the Association for Progressive Communications (APC). This will be a 13 module guide of which four have been released so far with the case studies. This guide focuses on the digital devices that we use and touch – desktop computers, laptops, mobile phones and tablets. It describes the concepts, processes and some of the major challenges to circularity, summarises the key challenges and opportunities, including for policy advocacy, and offers a glossary of terms to help you along.

Here is the full guide: https://circulartech.apc.org/books/a-guide-to-the-circular-economy-of-digital-devices

This guide to Circular Economy by APC, is mainly aimed at civil society organizations wanting to transform their day-to-day use of technology and social entrepreneurs who want to make a positive difference to the world and environment we live in. The guide can help anyone who wants to know more about circularity and it can be used as literature and knowledge product for further work on circular economy.

The first module of the guide talks about the environmental impact of the digital devices that we are constantly using. There are more devices per person but the impact of a higher number of devices is felt in a bigger degree when one realizes that it also means increased cables, increased service providers and all of it inherently results in increased e-waste.

E-waste is not just environmentally harmful; it has its social and economic implications as well. E-waste is handled by the informal sector without proper rights and conditions and a huge share of e-waste from developed countries is exported to developing countries like India where the dismantling takes place. Developing countries that already lack proper resources to deal with e-waste end up facing the brunt of the problems. This brings us to the situation where reusing should be encouraged as much as possible to the point, a device becomes unusable; it can be used through changing components of it. 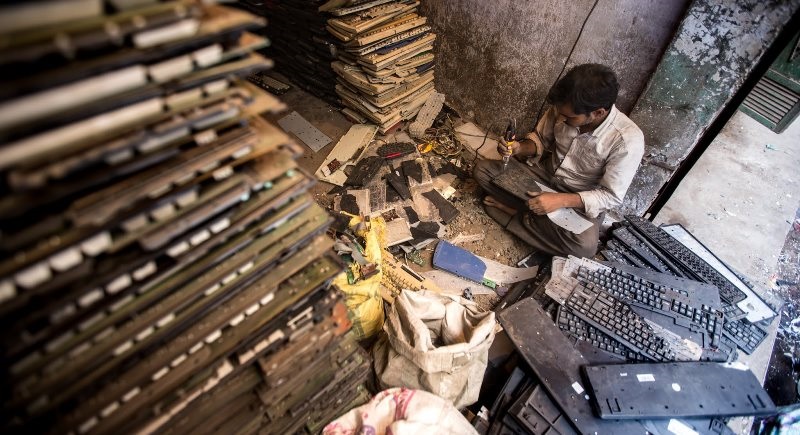 The third module defines the circular economy in the context of digital devices as achieving the best use by maximising their lifetime. In doing so, it helps to decarbonise the environment. It further explains that circularity can also help reduce social inequality by making digital devices available to people who do not have access to them, and creating jobs in the process of repairing or refurbishing a digital device. Even if we can afford to buy a brand new device, this does not mean our natural environment, society and economy can afford it. This module talks about the Three Rs of the circular economy namely Reduce, Reuse and Recycle. Reduce is about minimizing the waste.

Reuse is based on using the whole device or components of it to the point they can be used. Finally recycling is about the process of dismantling or separating the waste product safely and sustainably. The third module has also emphasised that while circularity is important, however not everything can possibly be circular. A number of times, this word is thrown around to hide the spotlight from otherwise linear activities.

The fourth module of the Circular Economy guide talks about how much impact producing digital devices has on the natural resources and the people as consumers. One has to understand that digital devices are made up of the natural resources called rare earth materials which go to waste because of improper recycling. The conditions of recycling centers in developing countries violate the rights of workers engaged in the e-waste processing cycle. The fourth module pointed out that more than 230 civil society organizations (CSOs) published a statement that called on the European Commission to re-evaluate its plan to obtain rare-earth materials.

The need of the hour is to make the circular economy the norm in order to deal with e-waste better and make the life of digital devices longer and more sustainable. Circular economy can open so many doors to new economic and social benefits other than the financial benefits. The push for a circular economy has to be from policy and manufacturing to consuming levels.

These modules of the Circular Economy guides recognize this importance and reiterate the push for the adoption of the principles of circular economy. Especially in countries like India where the e-waste is on rise along with the import from the developed countries.

India was the third largest e-waste producer according to the e-waste global monitor last year. This guide can contribute to betterment and formalization of the e-waste sector which will help the works. The circular economy is essential in sustainable development along with the economic and social benefits that it would bring to the large population. This guide can and will become an important document as reference point for future policies and can encourage sustainable practices of circular economy among the manufacturers, consumers and policymakers alike. This guide is a knowledge product that is capable of setting precedent for further work on the circular economy.

Tarun Pratap is a member of the research division team at Digital Empowerment Foundation.