Connecting the other half 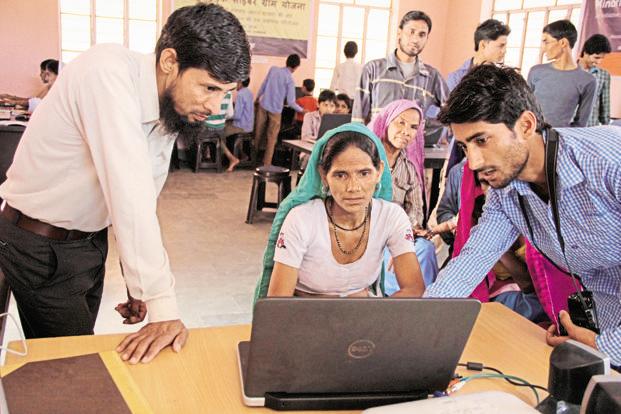 This article was first published in the Mint newspaper on March 3, 2017.

The International Telecommunications Union put the number of people using the Internet by the end of 2016 at 3.5 billion, out of a global population of 7 billion. This means that there are 3.5 billion people who are yet to be connected. If it took the world 25 years to get half its population online, then will it take another 25 years to get the remainder online? And what about the changing revolutionary paradigm? The Internet was a revolution more than two decades ago, then mobile phones became a revolution. Something else could be a telecommunications revolution in the years to come.

The World Bank in the World Development Report 2016: Digital Dividends says that one billion people (out of a total population of 1.25 billion) have no access to the Internet in India. Pakistan, Bangladesh and Indonesia have millions of people who are still not online. So you can well imagine the percentage of unconnected individuals in South Asia alone and how that stacks up when compared to Europe or America.

What is even more interesting is that the telcos may not even be as proactive in connecting these remaining 3.5 billion people as they were in connecting the top billion who sit atop the pyramid. Why? Because the returns on investment for connecting billions of people at the bottom would take long and not be favourable to their financial health.

So this brings me to a pertinent question. Will the bottom 3.5 billion be connected based on the same philosophy, mechanism and methodology of telcos as the top 3.5 billion? It has taken telcos a quarter of a century and huge investments to connect 50% of the world, and it could be a long wait if we were to solely depend on them to connect the rest.

As the world is moving towards more and more access to information and services online, the excluded individuals are being excluded even further—almost to the level of being disenfranchised. In such a scenario, the cost of accessing any information or service online for them is much higher than a digital citizen. Therefore, it might not be the best approach to depend on telcos or their model of business alone to connect the remaining 3.5 billion people.

We need to look at an alternative methodology to connect the rest of the world. We need innovation in technology, business plans and methodology.

I have a recipe to connect the remaining 50% of the world.

Firstly, we need more innovative use of the existing spectrum—the basic infrastructure required to connect people digitally. Besides the unlicensed spectrum of 2.4 GHz and 5.8 GHz, we need to free more spectrum for use and we need to release spectrum that lies blocked but unused.

Secondly, we need to democratize and decentralize infrastructure. We cannot solely rely on telcos to lay all the cables and set up towers; this is not an economical solution for the underserved people who cannot afford it or the telcos for whom the cost of investment is too high. We need to create a decentralized situation where we not only get open permission to share existing infrastructure of all kinds but also open up ISP (Internet service provider) licences to all kinds of institutions such as NGOs, community radio operators, small and medium enterprises, panchayats and even one-person entrepreneurs.

Thirdly, at a purely government level, programmes like the National Optic Fibre Network should be publicly monitored and publicly accountable; and, any delay in achieving its target should invite penalties.

Lastly, last-mile connectivity cannot depend on fibre optics alone. Instead, we need to move towards wireless technologies, particularly wireless mesh technology, which is more inclusive, less cost-intensive and more participative.

This is the reason why I propose that the concept of community networks be adopted on a large scale in India.

Community networks have become synonymous with “connecting communities”, and involve consumers who also act as participants to help build and use the network by utilizing free and unlicensed spectrum, alternative equipment like radios and relay boxes, share towers and infrastructure, among other things. This community-driven infrastructure then replaces the classic top-down operator-driven paradigm with a bottom-up approach.

There are hundreds of alternative networks that exist across the length and breadth of the world. Many of them have been put in place and run by private companies—mostly as experiments—and several have been put into practice by civil society organizations, researchers and compulsive innovators. As many as 30 to 40 of these alternative networks or wireless community networks are an active part of what is called the Dynamic Coalition of Community Networks under the Internet Governance Forum (IGF) framework. One can find most of these in Latin America (Argentina, Brazil, Mexico), Africa (South Africa, Kenya, Ghana, Congo), Asia (India, Nepal, Pakistan), the US, and Europe (Spain).

As of now, I see community networks as the only realistic and achievable approach—unless a new revolution takes place in the connectivity space.