Covid-19 Calls Humans Back to Basics: Arun Maira on What Next Post-Crisis 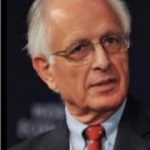 “There is a crisis of a condition that has happened in our lives as the members of the human society. The condition being that we are now isolated and our regular interaction suddenly disrupted. While our economic activity has stopped and we are adjusting by connecting digitally, this disruption in human interference has given a chance to the nature to clean and heal itself. So, COVID-19 has given us time to think what we want to create together,” said Dr. Arun Maira in conversation with Osama Manzar, Digital Empowerment Foundation (DEF) founder and director, during the special series- Covid 19 DEF Dialogue. In episode 11 of the series, where DEF connects with its network to find out the impact of the coronavirus pandemic and lockdown, they deliberated on how economy’s purpose to serve humanity shifted into we being in its service.

Dr. Arun Maira is the former Member of Planning Commission of India and former chairman of Boston Consulting Group. He was also part of the Tata Administrative Services for 25 years. He has written several books, the latest being Transforming Systems: Why the World Needs a New Ethical Toolkit. Arun Maira is also Member of Advisory Group at DEF.

Maira asks that what we would want to do once we have the option of returning to the world as it was, would we do that, would we want to do that?

This is the crisis of aspirations that is emerging in everyone’s mind as we are isolated and see the birds chirping and hear the wind blowing from our windows. Similarly, this crisis also showed us that there is a large section of the society like the migrant workers who did not have a home where they can isolate themselves. Hence, while we are concentrating on the Covid-19 relief, we should think about what sort of world we are going to shape with our ideas and actions especially for the least privileged along with the preservance of the nature.

Humans are also product of this nature and we multiplied ourselves in great numbers. India is one of the most populated countries in world which also has a large section which is poor. Thus, a cycle was created of existence on daily wages or daily earnings which is now part of the economy and over time this manifested into an economy of desire and aspirations rather than economy of need. Maira said that over a century or so the human progress is equated with material growth. A consumerist approach is being taken wherein a person’s satisfactions come out of consumptions and this drives the material economy. In India, businesses dominate lives by controlling our wallets and have now become synonymous to economy- the businesses earn profit from the goods we consume which in turn helps the GDP of the country to grow.  We are in the cycle of earning to consume where businesses are becoming wealthier. But for people at bottom of pyramid like the migrant workers, it remains a status quo.

India is a not a high consuming society but a potential to be one and that is why it attracts a lot of businesses who want to harness this opportunity. This is also because a significant proportion of the society is at the bottom of the pyramid and lacks that consuming power. In this scenario, this can be an advantage to India post the lockdown. Here, Maira quoted Shekhar Kapur, renowned filmmaker, that India is still considered a developing nation after visiting Rural India because they are not aspirational and are easily satisfied. If they were greedy, they will progress I.e., if they consume more. “This is true for the urban Indian population who are trained in vocational studies to become a machine and then find a job. What they earn then goes into buying items from which the corporates earn profits adding to the GDP,” he said.  The direction of this system of greediness to consume more for the economy’s progress needs to be shifted in the opposite direction that is not to aspire for consumption and become need based.

Role of Technology in Crisis

During this Covid19 crisis, the control can be seen shifted from businesses to the people controlling the government.  There is certain pressure being built on the governments to provide for the basic needs and formulate people centric policies which in the long run may give birth to an era of controlled government. Maira explains that this will happen when to ensure the safety of everyone, we authorize someone who will do it. This is on the lines of the basic principles of the democracy. “This is especially needed in the situations of emergency because people in their own right and desires will take actions in their self-interest which can harm the collective interests,” he said. This has already begun to happen around the globe where people are coming out on the streets protesting against the Covid-19 crisis and in the few places against the lockdown. Hence, this individual freedom can create difficulties for the larger population. In a democracy we shape our ideas and come to a collective agreement.

While, the internet on one side has proved to be a boon for people to express themselves, on the other hand, it has been a disaster because it has disabled the society to come to a collective agreement for the government to function. Thus, in the situation like Covid-19 crisis, the elected governments, who have been given the authority to disciple, can use this technology to control the behaviour of its population. The technology can be used benignly to provide relief but it can be used for control purposes also. But the question then, Maira said, arises is that who is controlling that technology. “We must be wary of what is the objective behind using the technology and whose purpose it is serving- corporates, government or the people.”