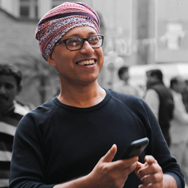 Osama Manzar is a global leader on the mission of eradicating information poverty from India and the global south using digital tools through an organisation he co-founded in 2002. With over 25 years of experience, Osama has worked in the areas of journalism, new media, software enterprise before he established DEF to digitally empower the masses (so far 20 million directly) with a footprint of 1000 locations and 9000+ digital foot soldiers across 130 districts in 24 States. Osama writes a weekly column in Mint and tweets at @osamamanzar. His complete bio can be read here. 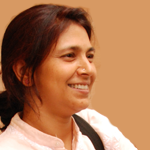 Shaifali Chikermane is an expert in creative design and is playing a leadership role within DEF to provide digital design-based solutions to the organisation’s various community-centric programmes, websites and publications. An alumnus of Jawaharlal Nehru University, she has over 20 years of professional experience. A designer and expert on information design, she is an enthusiastic volunteer for many educational institutes like the Aurobindo Ashram’s Mirambika School. Ms. Chikermane also works as a freelance designer and consultant, providing design and information development services to organisations. 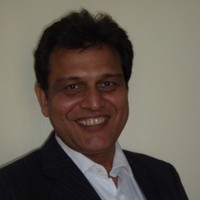 Amitabh has over 38 years of work experience in both corporate and non-profit executive and leadership positions mostly in Internet & Telecommunications sector.

Was a Co-Founder and then President of ISP Association of India, from mid 90’s & one of earliest faces of the Internet Industry. He was instrumental in freeing Internet from government monopoly, ushering in Internet privatization, drafting & pushing reforms in Internet/Telecom Licensing, Policy and Regulatory regime, which became the foundation for wider proliferation of Internet in India.

In 2010, he became a Board Director & Secretary of US based Public Interest Registry, the Registry for. ORG, .NGO top level domain names. He served 3 terms there till 2021.

He is also on the Boards/AC’s of some NGO’s/Non Profits which work on ICT access for grassroots and other such initiatives. Personally, Amitabh runs a Consulting practice in Internet & Telecom policy and Regulatory sphere & has an interest in Solar microgrids and Telecom/IT Infra business.

He has a BA (Hons) & a Bachelor of Law degree, PG Diploma in Marketing and holds a Certificate in Corporate Directorship (his dissertation was on Building High Performance Boards). 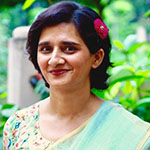 A post graduate in Mass Communications in MCRC, Jamia Millia Islamia University, Natasha started her career as one of India’s first women camerapersons in news television. She worked with NDTV for 13 years and resigned as Vice President, Training and Development. Natasha leads the media team at Karwan e Mohabbat – a people’s campaign devoted to the universal values of the constitution – equality, freedom, justice and compassion. They make short docs that reflect the values of solidarity and inter-faith harmony.

As a columnist, Natasha is best known for her 10 year long series of personal-political essays published in Mint Lounge. She currently writes a monthly column for The Morning Context and a fortnightly column titled “Immortal For A Moment” for The Tribune. 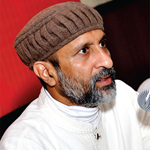 Solutions such as those for health and early childhood care (Sisu Samrakshak – UNICEF), disaster (SMS4Help – Solution Exchange,UN), district e-Governance (Parishkaram and Samadhan – government of Andhra Pradesh and West Bengal), ‘Labnet’ — a migrant labour tracking and services portal have been recognised for their impact and innovation. With a background in technology and graphic art, psychology and philosophy Mr. Varada serves on several NGO’s boards as advisor and mentor. 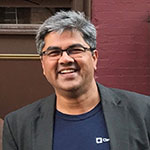 Amir Ullah Khan is a Development economist and Professor at the MCRHRDI of the Government of Telangana. He is Research Director at the Centre for Development Policy and Practice. Amir is a Visiting Professor at the Indian School of Business, TISS and NALSAR in Hyderabad. He is an economic policy columnist for the LiveMint. Dr Khan joined the Indian Civil Service in 1993, worked for the Ministry of Finance and the UNDP at Project LARGE, was Executive Director at Encyclopaedia Britannica after which he worked as Director at the India Development Foundation. He served as an Adjunct Professor of Law and Economics at the Edith Cowan University in Perth, Western Australia. He was founder Vice Chancellor at the Glocal University in Saharanpur. He subsequently served as Deputy Director and Senior Advisor at the Bill and Melinda Gates Foundation. 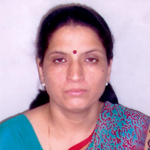 Mridula Chandra is a post-graduate from the Delhi School of Social Work and holds more than 20 years of experience in the social development sector. She is the moving force behind the Health & Social Development Research Centre (HSDRC). Anything that is visualised and successfully accomplished by HSDRC is due to the sustained, unabated and self-less efforts of Ms. Chandra and her colleagues. 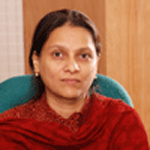 Shalini Kala holds an Advanced Degree in Economics, and has worked on issues of agricultural policy reform in India for her M.Phil dissertation. She has 20 years of professional experience in the field of rural development, particularly in the areas of food and agriculture, focusing on knowledge networking, livelihoods and capacity building both in India and the Asia-Pacific region. Most recently, Ms. Kala was at the World Food Programme (WFP) where she worked on design, testing and advocacy of innovative approaches for food aid as a tool of development. She has also been associated with the National Council of Applied Economic Research (NCAER) and has worked on various USAID projects. 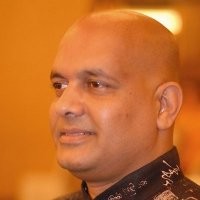 Dr. Madanmohan Rao is the research director at YourStory Media, charter member of TiE Bangalore, and research advisor at the Asian Media Information and Communication centre (AMIC). An author of five books, he was formerly the communications director at the United Nations Inter Press Service bureau in New York, and vice president at IndiaWorld Communications in Bombay. Madan is an editor and DJ in world music and jazz, and writes for World Music Central and Jazzuality. He produced channels on jazz and world music for RadioWalla.in, and was previously world music editor at Rave magazine, and RJ at Worldspace Satellite Radio. 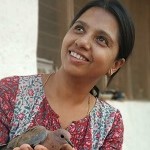 Shobitha Kedlaya holds a textiles degree and a masters in Management studies. She worked in the corporate sector with J.K (Bombay) Ltd and Huhtamaki Van Leer, post which she embarked on an entrepreneurial journey. She set up a corporate gifting company and a designer brand called Inspira. She then moved on to the social sector to join Protovillage – an intentional community based in Andhra Pradesh. Here she practices permaculture and works on building an education model based on “context enabled purpose oriented learning”. Shobitha is also a Bharatnatyam dancer and an author. 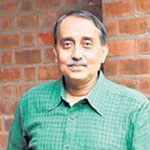 Mathew Cherian is an enthusiast in the development sector with degrees from prestigious institutes like BITS and IRMA. Cherian has worked in the area of rural development with cooperatives in association with the National Dairy Development Board. He has also been a consultant to voluntary agencies and to the National Wastelands Development Board. He has served in various senior roles at the Association of Third Sector Researchers in India, Resource Mobilization Network in India, Campaign for Human Rights for Dalits and Tribals, and Charities Aid Foundation India. Cherian is an active member of the National Council of Senior Citizens chaired by the Prime Minister and serves as the Chief Executive Officer of HelpAge India. 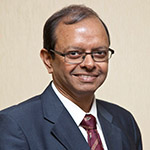 Dr. Ganesh Natarajan is Executive Chairman and Founder of 5F World, a platform for skills, start-ups and social ventures in the country. He is also Chairman of Global Talent Track, a pioneer in employability skills training in Asia. He led APTECH, a global training major, for 10 years, was Vice Chairman and CEO of Zensar Technologies, a global software success story, till early 2016. His industry responsibilities include Chairman of NASSCOM Foundation, President of the HBS Club of India, and Member of the National Council of the CII. He is a Global Board Director of Social Venture Partners and Convener of SVP Pune. Author of nine books, he believes in the triple bottom line approach to management and leadership. 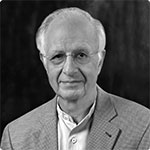 Arun Maira, an alumna of St. Stephens’ College, is a management consultant and former member of the Planning Commission of India. He is also the former India Chairman of Boston Consulting Group. Maira was a part of the Tata Administrative Services for 25 years, and has authored several books, including Redesigning the Aeroplane While Flying: Reforming Institutions and An Upstart in Government: Journeys of Change and Learning. Maira has formally held the position of Chairman at Save the Children – India and Axis Bank Foundation, and served at various capacities in educational and management-based institutes, including Indian Institute of Corporate Affairs, the India Brand Equity Foundation, the Public Interest Foundation, WWF – India, the World Food Program India Trust, and Aspen India. 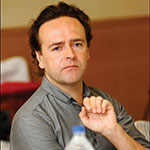 Jonathan is CEO and Founder of CreditMate.in – a fintech focused on mass market, new to credit lending in India. He is also a board member of Mobile Streams, an AIM listed mobile content company. Prior to founding CreditMate he built BillBachao.com which he sold in 2015 to one of India’s largest business groups. He has lived in India for 8 years arriving initially with Vodafone as part of a decade long career creating mobile internet services for developing markets across India, the Middle East and Africa. Pre Vodafone Jonathan was Commercial Director of Real Media an ad tech business sold to WPP in 2002. 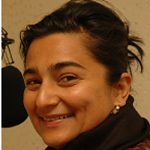 Manisha Aryal is a development practitioner with more than 25 years of experience in designing and implementing ICT-enabled programs globally. In her current role as the Global Practice Lead for Digital Development, she spearheads the company’s digital development strategy, providing thought leadership and hands-on support to projects and programs that innovate with technology solutions. Ms. Aryal also has expertise in media and information ecosystems and backstops Chemonics projects that build resilience against disinformation, strengthen information integrity, and support local media ecosystems. 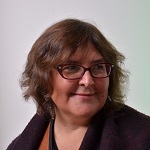 Anriette Esterhuysen is a human rights defender and computer networking pioneer from South Africa. She has pioneered the use of Internet and Communications Technologies (ICTs) to promote social justice in South Africa and throughout the world, focusing on affordable Internet access. She was the Executive Director of the Association for Progressive Communications from 2000 until April 2017, when she became APC’s Director of Policy and Strategy. In November 2019 United Nations Secretary-General António Guterres appointed Esterhuysen to Chair the Internet Governance Forum’s Multistakeholder Advisory Group. 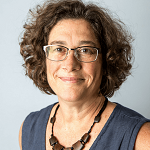 An expert in the confluence of development and communications policy, Sonia has over 25 years of diverse international experience in a career spanning both the private and not-for-profit sectors. As a policy advisor, Sonia has led numerous digital policy and development projects in several countries and with international organizations, such as the World Bank, UNDP, UN Women, and for private sector companies, from mobile operators to industry associations. Professor Asha Singh Kanwar, one of the world’s leading advocates of learning for sustainable development, is the President and Chief Executive Officer of the Commonwealth of Learning. Throughout a career spanning over 35 years, she has made outstanding contributions in the areas of teaching, research and international development. 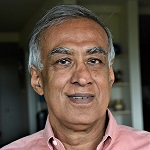 Akhtar Badshah is an expert on social impact, philanthropy, CSR and international development, an author and artist. He is the founder and Chief Catalyst of Catalytic Innovators Group a new consulting practice focused on accelerating social impact through catalytic innovation. He a Distinguished Practitioner and Associate Teaching Faculty at the University of Washington, School of Business (Bothell Campus) and Evans School of Public Policy and Governance. He also is a faculty lead at START Center at the Department of Public Health. 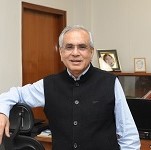 Rajiv Kumar is an Indian economist who served as the second vice-chairman of the NITI Aayog. He also serves as the chancellor of Gokhale Institute of Politics and Economics, Pune. His earlier stint in government was initially with the Ministry of Industry and subsequently in the Ministry of Finance, as an economic advisor during the reform years of 1991-1994. He has wide experience having worked in government, academia, industry associations, as well as in international financial institutions. He also served as an independent director on the central boards of the Reserve Bank of India and the State Bank of India.