Making of a Well Rounded Individual at Makerspace 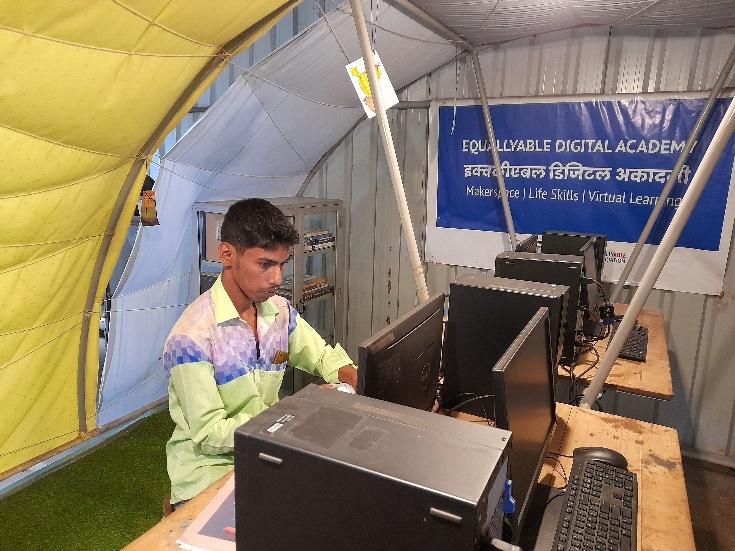 Roman is a 21-year-old intellectually disabled kid who is passionate about life. Due to his disability, he didn’t get the opportunity to develop his skills within the framework of conventional learning. Through his teacher, he visited makerspace with his father and got interested in its activities. As he stayed far from the centre’s location, his parents were concerned to let him commute owing to his safety. He managed to convince his parents and after a week’s time decided to travel on his own by local bus to reach makerspace. He has shown interest in graphics designing and animation. He has been learning about mushroom culture so that he could start his own mushroom farm to support his family. Spending most part of his day at makerspace has given him opportunities to learn his subjects, meet people, interact with other children which has paved the way for him to boost his self-confidence. He has also applied for 12th board exams in order to pursue higher education of his interest. He is one of the children who is inspired by experiential learning at makerspace. Roman is thriving each day to make his dream to become a recognized Designer in the society come true.

As a part of his well rounded development, he has been confident enough to ride his scooter for 11 kilometres to reach the centre everyday. Apart from this, he has been working part time in his locality by taking care of the garden of a guest house. He also took up the responsibility of designing a brochure for Makerspace to reach out to other communities and schools. Roman is thriving each day to make his dream to become a recognized Designer in the society come true.