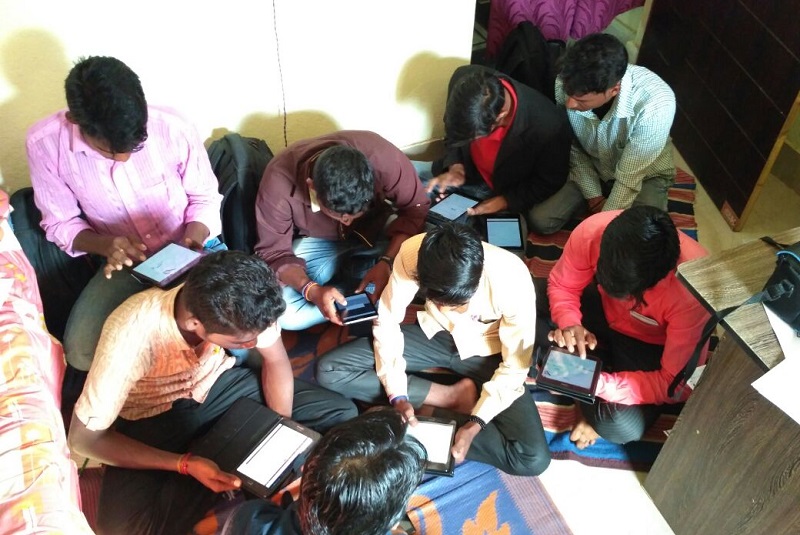 A two-day workshop was conducted for the newly recruited batch of 10 SoochnaPreneurs (SPs) in Barpali block in Orissa on January 5-6, 2017. The aim of the workshop was to reinforce entrepreneurial skill sets and desired behavioural and attitudal changes in SPs for enhanced productivity at work. One of the key objectives of the workshop was also to design an effective mechanism of carrying out project activities. This workshop was led by DEF trainers Abdul Vahid and Abu Maroof. The participating SPs were aligned to the long-term vision of the project, and were given hands-on training on the MIS.

To equip them even better with their responsibilities, SPs were assigned to carry out a market survey, which helped them in assessing opportunities in market and conduct customer mapping. The survey also paved the way for SPs in reaching out to potential consumers and understanding their needs. The survey findings will not only help shape monthly revenue targets for 2017 but also measure the market responsiveness against information consumption. The survey data will also help SPs to identify the perfect influencers – local NGOs, competitors and government policies – for SPs’ business growth in their respective areas of operation.

The financial implications to run a SP franchise were also discussed in detail. The SPs have all been connected on a WhatsApp group so that they can interact, share and receive work-related messages.

On January 7, 2017, Vahid and Muhhammad Aijaz conducted a capacity-building training for SPs in Itki block of Ranchi, Jharkhand. This workshop was designed with the same aim as the one in Barpali; and was attended by 19 SPs who will be operating in the areas of Itki, Bero, Burmu, Sonahatu and Angara blocks of Ranchi.

During the workshop, SPs raised their doubts and concerns, which were addressed by the DEF team. DEF trainers also introduced the SPs to the nearby Soocha Seva Kendras, with whom they will be working in close connection, primarily for technical, documentation and knowledge support.

SoochnaPreneurs are young entrepreneurs who have been recruited in a self-sustainable entrepreneurial model to meet community members’ information and services needs across five backward districts of India — Ranchi in Jharkhand, West Champaran in Bihar, Guna in Madhya Pradesh, Barmer in Rajasthan and Bargarh in Odisha.