No more excluding the visually impaired from digital literacy in Meghalaya 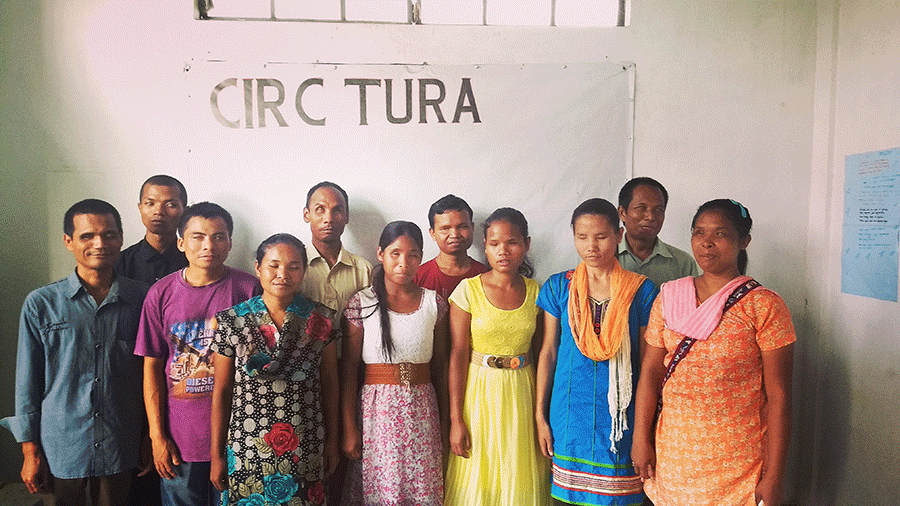 Set in the West Garo Hills of Meghalaya, Tura is the largest town in this hilly region. The area is mostly inhabited by the Garo tribe. Amid this backdrop, CIRC Tura was set up here in 2014, with an aim to impart digital literacy, and provide access to information. In the last three years, the centre has impacted over 800 people, including a large number of women and tribals, through five different digital literacy or entrepreneurship development programmes. The centre also has various initiatives under its belt, including teaching the differently abled and the elderly.

Their latest initiative is the first of its kind in Meghlaya. The centre has started a batch of computer classes for the visually impaired. CIRC coordinator, Mr. Banangku G Momin believes that no one should be excluded from learning computers and accessing the digital medium. Last month, the CIRC team visited the Monfort School of Physically Disabled last month to mobilise teachers and students to access the various services available at the centre. Most of the teachers at the school are blind, and also expressed the desire to receive special training in digital literacy.

The classes have begun since May 1, 2017. There are eleven students, who are learning computers through a special software called Non Visual Desktop Access (NVDA), which enables a person to use computers through sound (NVDA creates sounds of each alphabets and characters through which they can hear and learn. The students enrolled in the course are either already employed in some occupation, or are looking for livelihood opportunities to secure a permanent income.

Amos is a student at the centre, who lives with his wife and two children. He owns a small shop near Monfort School, where he was enrolled earlier and received a diploma as a special educator. Having worked at the school for three months, he wants to complete his masters and open a school for the differently abled. Amos feels that learning digital skills will help him achieve his dreams, since the entire world is online these days.

The passion to learn computers is evident. Some of the students have especially come to Tura to undertake the classes. Janilla Marak, a 20 year old, lives 60km away from Tura. Yet she manages to attend the classes every day. “I live with my sister is a rented apartment, just a kilometer way from the centre. It makes it easier for me to attend the classes daily.” She is learning computers to secure a job for herself, and wants to become a SSA teacher.

There are others like her- those who have already secured a degree, but feel that digital skills will help them secure a better job. Even forty two year old Sanjay Sangma is excited about the prospect of accessing the digital medium. He has worked as a teacher for the visually impaired for six months, and is currently working as a Block Resource Person in Gasuapara, some sixty five kilometers from Tura. He feels that learning computers will add to his skillset. ‘I can look for jobs online, and want to work in government job.”

The course, which covers the basics of computers such as Notepad, Microsoft Word, PowerPoint and Excel, as well as the basics of internet, is a three month long course. There are master trainers who are facilitating the course, along with Mr Banangku as well. Most of the students are practicing typing, since it’s their first time working on a computer, while others already know the basic. The first step is of course familiarizing the students with the alphabets on the keyboard.

Seeing the eleven people show up regularly to class shows that there is a dire need to involve more people (especially those who are excluded from accessing any forms of ICTs) in today’s digital drive. CIRC Tura’s diverse initiatives continue to reach the underserved members of the community, helping people at the edge of information empowered.