You are here:
September 21, 2017Leave a commentOsama's Columns in MintBy Udita Chaturvedi 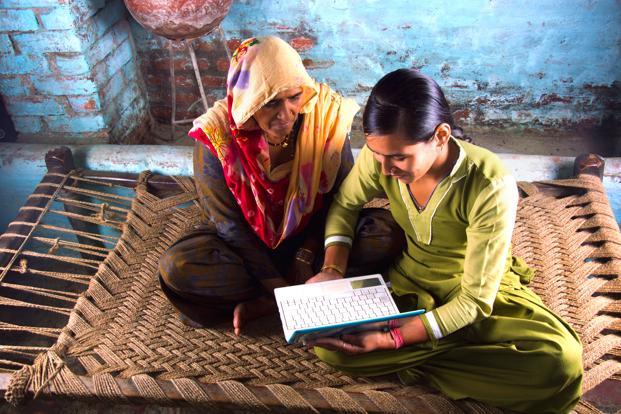 This article was first published in Mint on September 21, 2017.

What does privacy mean in the Indian cultural and behavioural context?

To understand why privacy means little in India, we need to go back to the demographics of this country. Historically, India is a diverse country where diversity lies not just in its geographical landscape, topography and state boundaries but also in its culture, traditions, food habits, attire, languages, dialects, scripts, behaviour, religion and caste. As a proverb goes, “Every two miles the water changes, every four miles the speech.”

Of the 1.3 billion people who live in India, as many as 68.84% live in rural parts, according to the Census of India 2011. According to the same census, 67.77% of this rural population is considered literate; the rest are illiterate and uneducated and thus form India’s oral society. Overall, as much as 27.01% of India’s population, as per official figures (which may have a skewed mechanism of measuring literacy rates and often include those who lack functional literacy), is considered illiterate.

However, there is no denying that most of those who are considered illiterate or uneducated are financially poor, residing in rural or tribal parts of the country or hailing from backward districts.

One of the reasons why mobile penetration is high in India—mobile subscriptions in India crossed the 1.1 billion-mark in October 2016—is because a mobile phone allows people to communicate instantly and orally, without the need to write messages or take someone’s help to write messages.

For a similar reason, TV and radio transistors, too, are popular in India. According to a Broadcast India Survey, rural India has 17% more homes with television sets despite low income brackets. Further, among FM listeners, almost 76% listen to FM radio using their mobile phones, according to a study conducted by AZ Research.

In such a scenario, where most conversations and flow of knowledge is taking place through oral communication, the idea of information protection or privacy of data has little scope.

It must also be noted that while a lot of knowledge in India has been documented by scholars, researchers and writers, both online and offline, there is a lot more that is yet to be documented or explored because those who hold this knowledge are illiterate and unskilled to be able to document this information in the traditional sense.

Culturally, India has been a country where much of its knowledge has been transferred from one generation to another orally. This holds true for traditional knowledge about health, medicine, architecture, culture, craft, art, folk tales, folk music, language and more.

India has neither looked at communication nor information as “private”. There is also little understanding of private life in India where almost every part of one’s life is open to family, community, village or society.

Community practices and diktats take over personal choices and ownership. For example, a girl may have a personal mobile phone, however it is her family or even the community that decides how she can use it.

Besides, Indians have a habit of interfering in other people’s lives. Ironically, we don’t even consider seeking personal and private information as “interference” or “breach of privacy”.

Arranged marriage, a concept alien to the West, is still a common practice in India. And if this interference in personal space is not enough, community members also want to know how much is being spent on a wedding, when the couple plan to have children and, if they’re not, then why not. As children, Indians are not taught to shut their bedroom doors, even when they go to bed. In many houses, both in rural and urban India, locking your door—unless you’re changing clothes—is considered an act of secrecy and not privacy.

“What do I have to hide?” is a question people often pose as a retort when asked if they would want to maintain their privacy, even the privacy of data on their mobile phones. Even in urban spaces, it is fairly common for consumers to call out their debit card pins to waiters in India.

Many Indians will justify this act, saying that they don’t have too much balance in their account anyway, again confusing privacy with luxury and associating security with wealth.

Our society is at a crossroads of the digital revolution and the right to privacy. As the country moves towards the digital medium, the Indian cultural context poses challenges to understanding and implementing privacy as a right that is intrinsic to life and liberty. Indians need to understand that privacy is not about what you want to hide but what others need not see.