The Digital Past and the Future 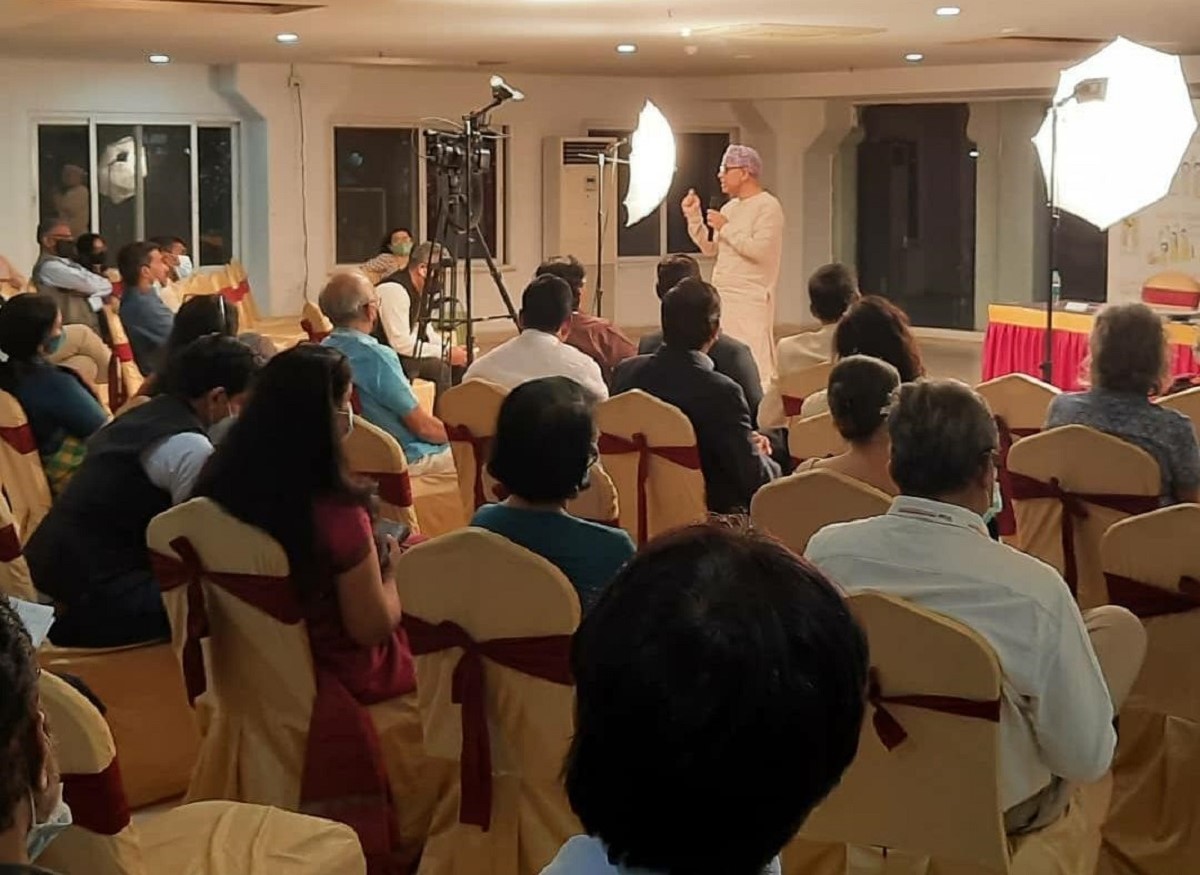 The Panel aimed at recollecting the numerous ways of creating change through digitalization in various fields, mainly through home grown solutions having a huge potential of being scaled up.

An Analysis by Comms Team of Digital Empowerment Foundation

The paradigm of “Digital Inclusion” gets wider and challenging as we extend it to different fields like media, education, healthcare, farming etc. The panel speakers, coming from different backgrounds, gave a broader perspective of what inclusion means in their respective fields of work and the challenges they face to achieve it.

Natasha Badhwar shared her experience in changing her mindset about mainstream media which started to decline in 2,000. Using the skill set developed through mainstream media, she found an effective way of storytelling through independent media like Karwane Mohabbat. Although her active participation has been around broadcasting the stories of the victims of lynching cases which weren’t covered by the media and went unheard by the centre and the state, she advocates the potential of independent media in connecting with the audiences, seizing the moment to use time and resources for social causes like fighting fake news and how social media platforms play a crucial role in this aspect. One of the key challenges in this regard has been managing the constant flooding of information which has to be dealt with to ensure digital inclusion in the right way.

With 9 years of experience at the grassroot level, Meera Shenoy laid emphasis on three levels where digital is important: first and foremost is on the mindset which is worked through village connect programs, 900 corporate programs and mainly colleges where smart inclusion is carried out on training mainly on the ways of using the technology. The second is the tangible aspect of accessibility, infrastructure and synchronization with the use of technology. The third is post skilling as it forms an integral part of the digital inclusion that ultimately helps them to find right opportunities. Although the challenges are much more difficult at the grassroot level, the journey is always filled with learnings along with support from start ups and IT companies. 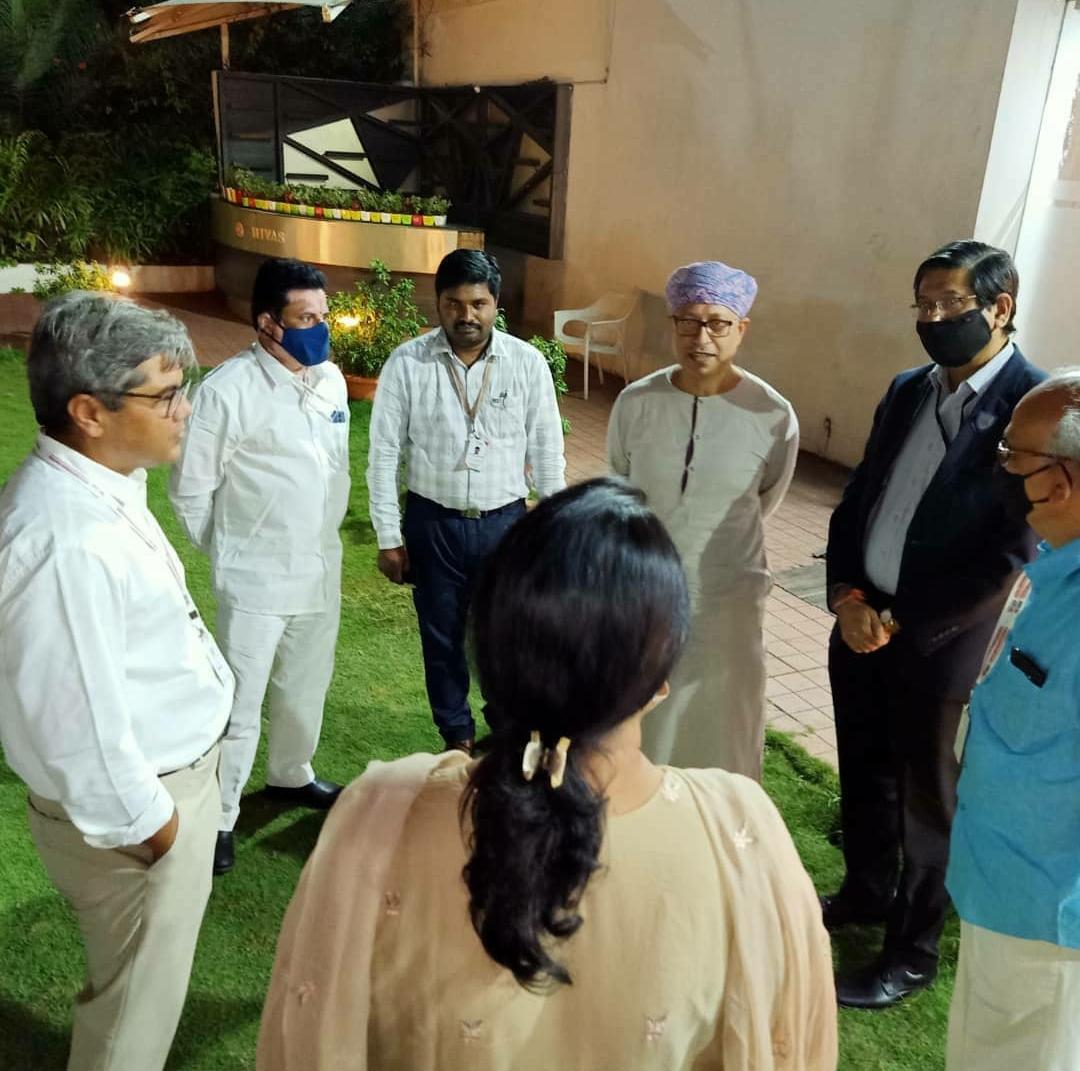 Anuradha Amudalapalli gave the global perspective by sharing about the projects under corporate social responsibility (CSR) taken up by IBM. Being part of the telecom and IT sector, she expressed her privilege of working in a sector that is digitally inclusive, tech savvy and empowering. Talking of the scale of digital inclusion, she shared about the impact of some of the projects like “STEM for Girls” from IBM (with the support from Quest Alliance and DEF) that started with girls and has expanded to include boys as well under which training was provided close to 300,000 girls and 200,000 boys on technical skills, skills platform which is a learning platform available for free which teaches about latest and emerging technologies: Cloud, AI, blockchain, IOT, Data, etc. As of today, there are 600,000 users on this platform. Although the reach is very high she reminded us that there is still much to do as the number of people who do not have the access and do not use these technologies is very high. Another important engagement has been with NGOs and trying to see how trained people can access the job market. She also pointed out that the kind of opportunities we have in India is tremendous and we are helping the global market. It is transformational as well as helping other countries to transform. The question now is: “how do we liberate the potential we have to create job opportunities to the uneducated and also skilled,” Anuradha wondered.

The opportunities that come about by connecting the IT industry and the grassroot can be better understood through Manoj Bejawar who has an experience in the IT industry for over two decades collaborating with GE, Semantics etc. and currently partnered with NSDC (National Skill Development Corporation) and MSDE (Ministry of Skill Development and Entrepreneurship). Having worked at the top of the pyramid of digital inclusion, he reflected on the transformation journey in the age of digital revolution as he has spent 7 years working with the bottom of the pyramid in trying to enable skill-set to common people like farmers, weavers, plumbers, etc., training more than 200,000 people and launching an app for unorganized groups and MSMEs.

Having briefly understood the reach of digital inclusion, Prof. Ramesh Loganathan touched upon the impact and consequences Covid had on digitalization. Pointing to the fact that coming from privileged backgrounds, it is hard to realize the challenges faced by the grassroot population in transitioning into the digital era, he sparked the discussion on how they managed education or healthcare during the lockdown.

Meera Shenoy recollected the tremendous learning their organization had to undergo as all the training centers had to close down during the lockdown. It was jugaad all the way and the efforts had to be continuous. For instance, they had to build a separate course for the speech and hearing impaired. Looking at the data, they were surprised to see so many young people with disabilities, widows with disabilities, and they were contacted from as far as people from Jammu and Kashmir seeking jobs. As the service sector had stopped, they stepped into the e-commerce sector and became Amazon’s all India partner which was quite successful. She stressed on the recent finding that no matter how much an organization works in the rural sector, there are bigger sections that don’t get noticed and catering to which demands putting the whole working model upside down.

Ramesh Loganathan expressed that it is heartening to see that as a society we used the opportunity to do decently well during these tough times rather than have a disastrous outcome as we initially expected.

Adding to this, Manoj Bejawar presented his analysis that there is a big difference in post pandemic times in terms of financial inclusion. Digital adaptation has taken a massive jump and progressed geometrically. Everyone has a smartphone and a fisherman or a Kirana store owner has QR code using which you can make payments. In rural India, enabling digital inclusion into the technology by setting up good infrastructure is just one side of the story. The other important aspect is encouraging mobility that enables them to use the technology which improves their livelihood. Giving the example of handloom weavers and farmers who are not aware of the automation and useful portals available, he focuses on the fact that technology is still not being put to good use as there still exists a wider scope for optimal use or the awareness of it.

Continuing the discussion on infrastructure, Natasha Badhwar defined empowerment within the context of media by giving an example of her own village in east UP, perhaps Ghazipur on the banks of the Ganges. Rural North India is from a different universe compared to rural South India. It is a place where infrastructure and quality education has not reached. On paper, they have received the facilities, but the quality of these facilities is very poor. Recently during the pandemic, DEF opened a center in Adilabad village of Ghazipur. A woman who was a school teacher was incharge of it while the schools were shut. For a year, the observation has been that because of the presence of a woman there, day by day more women get curious to know what is available at the center. Even though infrastructure is planted, it creates a trigger for people to find out that there are schemes and entitlements, creating awareness. Then they could figure out how to benefit from them. Suddenly, the power shifted in the village from the Pradhan’s house, where long queues are seen along with class based descrimination, to the DEF’s digital center, which is officially called Smartpur Community Information Resource Center. So, through experience especially during the pandemic it is seen that it is usually the women, mainly edlerly women, who are excluded. But we have also seen that wherever infrastructure was provided along with a push to know the content, people are able to make choices. It is not at all enough. But a road map exists. This has to be done more to include people who are not connected and never been able to access what their rights are. Finally what has been happening is that, earlier people would watch whatever that was played on television or other media like WhatsApp and would accept it without discriminating what was right and wrong. But, over time, independent media, even Instagram which is quite popular in small villages where they follow independent journalists, is enabling them to make judgements.

Anuradha Amudalapalli suggested that scaling this kind of digital inclusion is tough with the most crucial part of the journey being to provide basic infrastructure and the pandemic situation made us realize strongly that this aspect is suffering. So the question is how to make it available to people in cities and rural areas. Many corporates are doing their own thing in this regard and we have seen the impact community learning has had utilizing such an infrastructure. But this is not the full story as mere learning is not sufficient if they get lost post training by picking up odd jobs owing to lack of guidance in helping them find the right opportunities.

When it comes to scaling up these efforts and implementing them at the grassroot level, Meera Shenoy and Manoj Bejawar mentioned the additional factors to consider. Meera Shenoy noted that grassroot work always involves taking the whole community forward in each project and the influence youth have on achieving this by sharing a story of a young disabled man who started earning Rs. 25,000 a month by setting up a workspace at home by learning skills from a mobile shop that the team facilitated. When he was further encouraged to set up a shop, he refused the offer by justifying that he avoids rent and other charges and many come to his house. Manoj Bejawar explained the blend of traditional and digital means to reach out to rural and tribal communities as he stresses that infrastructure would not be helpful if the attention is not drawn on their availability which is often communicated using traditional methods like beating the drums and announcing new facilities.

Ramesh Loganathan concluded the discussion by collecting some thoughts on what kind of technology would have a widespread impact in the next 3 to 5 years. While Manoj Bejawar saw a huge potential in digital platforms being far more useful to farmers through AI intervention in supply chains, creating awareness and counseling about the market; Anuradha Amudalapalli was of the opinion that access to healthcare electronically, online consultation of doctors and better predictions about illness before it became severe could be a boon to the rural India. Meera Shenoy wished that simple low cost solutions to enhance productivity would avoid 70% of the workforce from being exploited; and Natasha Badhwar was hopeful that AI based apps could assist in fighting fake news that would enable media in broadcasting the right content.