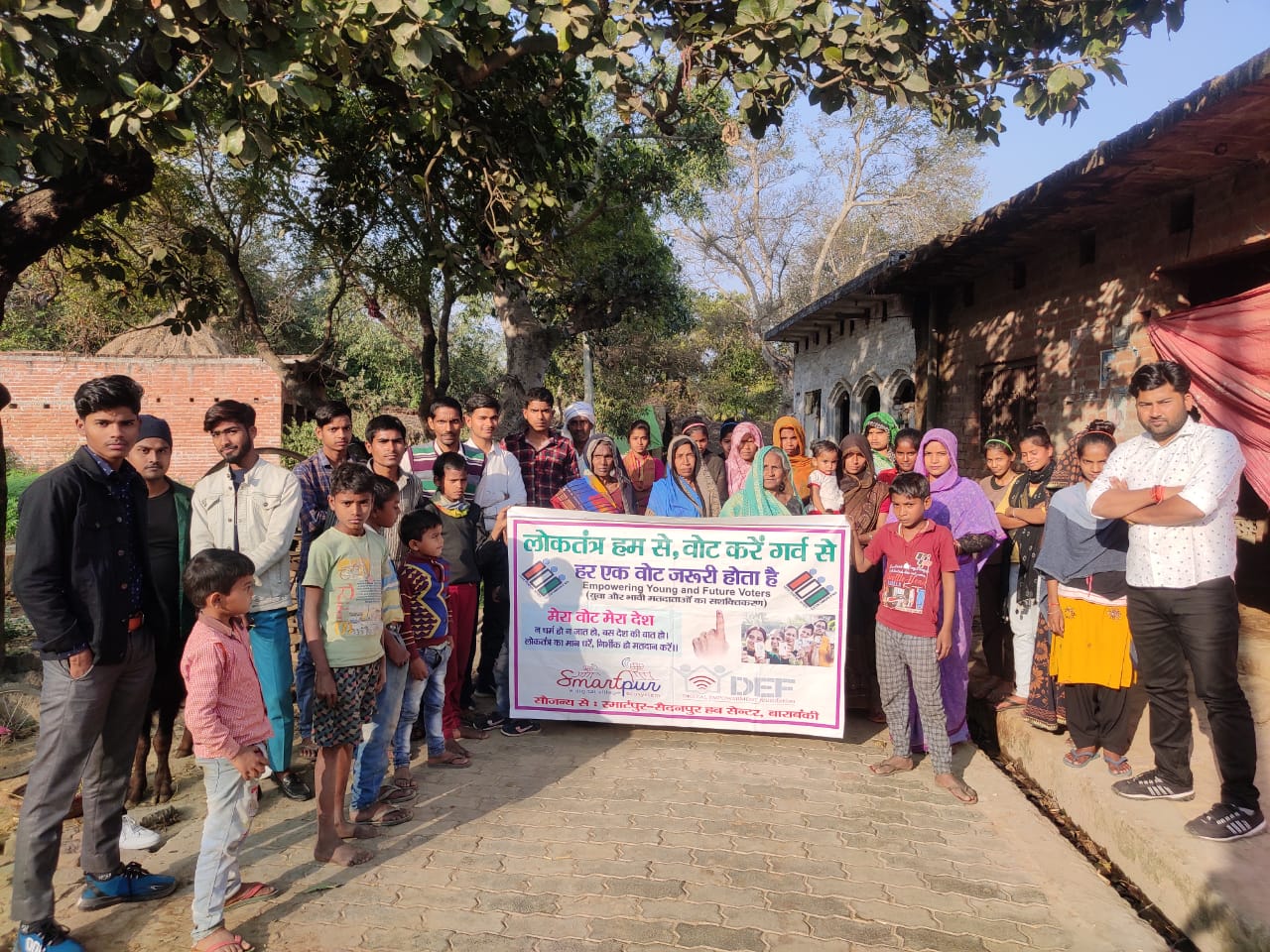 The 2022 Legislative Assembly Elections are underway in Uttar Pradesh and they are being held in seven phases. After the completion of the first four phases, voting in the fifth phase was scheduled for February 27, 2022, in the Awadh region that includes Barabanki. In this political climate, DEF’s Digital Foot soldiers visited many villages to urge the members of the community to cast their vote. The locals were given detailed descriptions of the process and were made aware of the importance of voting for the development of their state.

We designed posters and took them along with us to thirty villages; the idea was to instil curiosity amongst the villagers. They would then come and ask us what we were doing and we would get the opportunity to tell them about the importance of practising their political right of voting. We were able to reach out to about 15,000 to 20,000 people with the support of our SoochnaPreneurs (Information Entrepreneurs) who have transformed into community leaders guiding people in their communities in the right direction.