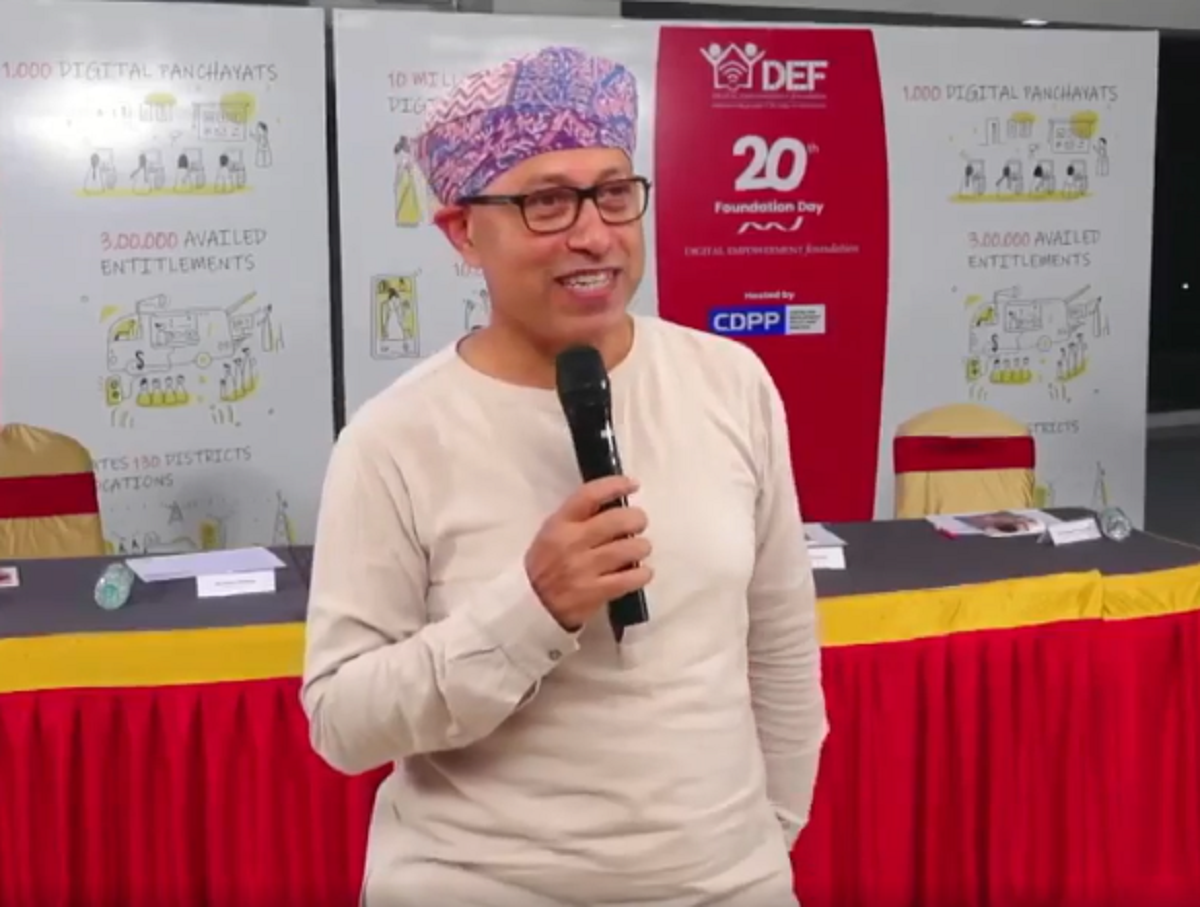 On the 20th Foundation day of DEF, 16th December 2021, Director and Founder, Osama Manzar talks about the inspiration, founding pillars and the journey that has been laid on them over a span of 20 years and also talks about the tasks ahead for the next two decades.

It seems like 20 years is a long journey. Someone asked me what after 20 years, I feel like changing the name to Digital Disempowerment Foundation. The job is certainly going to change. I would like to share here that the social sector or social entrepreneur journey looks very flashy on the screen or data sheets, which isn’t possible without investing your life in it. Every toilet looks clean, but you need to find out who keeps cleaning it before you go and use it. Writing the story of a clean toilet has a lot of journeys that go around and that journey is never alone. There are different phases for it. I would like to introduce my pillars of strength, the board members, many of whom have been with us for a very long time: Amir Ullah Khan, Rajen Varada, Shaifali Chikkermane, Madan Mohan Rao, Amithabh Singhal, Shobi Kedlaya and Natasha. These are the people who made this organization. You cannot tell the story if you cannot walk the journey. You need to walk first and then talk.