Arif is gone, he succumbed to the second wave of COVID-19 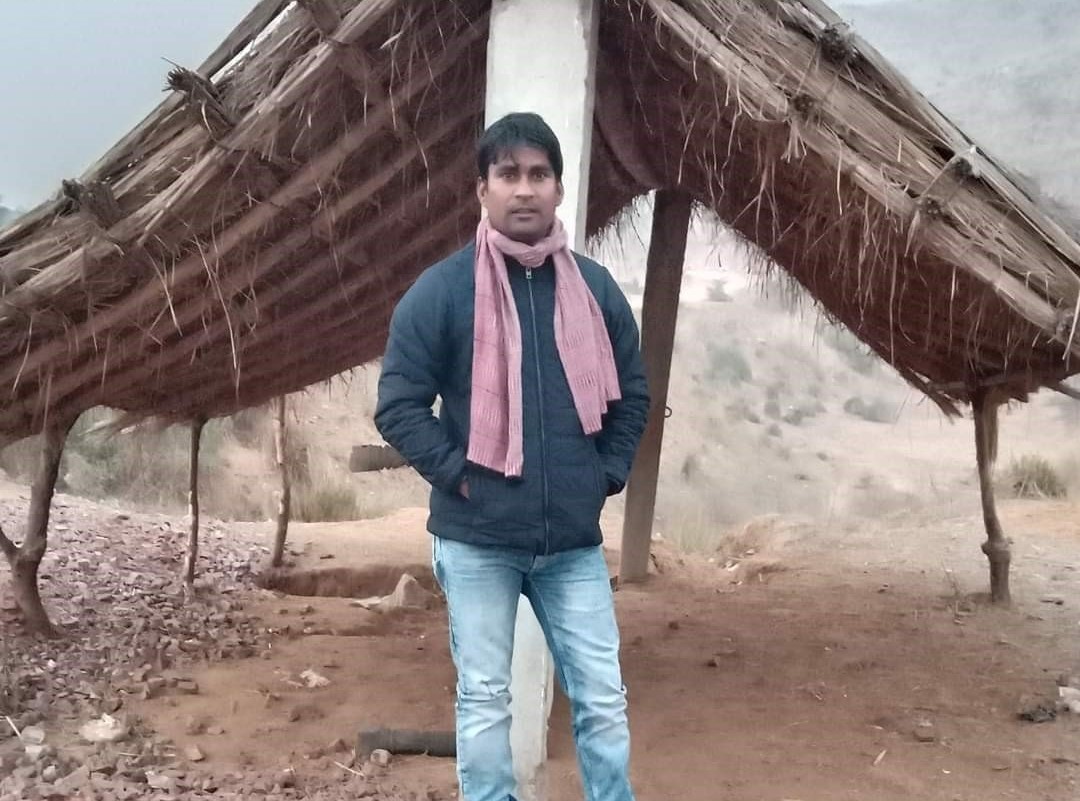 Arif was from a very small but highly populated village called Tain. The village is a part of one of the most underdeveloped areas in India called Mewat. Just 65 kilometres from Delhi, development unfortunately failed to reach the region. The residents of Mewat region are called Meos. Majority of the Mewat region is in the state of Haryana though some parts are also in Uttar Pradesh and Rajasthan. Nuh is the biggest town in the district and it is also the official name of the district.

Arif was everything that Mewat is not known for. He was educated, he was a qualified lawyer, he practiced activism to get people their rights, he also worked as a human rights activist, he was a visionary who knew the real sense of the word “development” and learnt all the tools to apply them for himself and his family and for his whole community.

He was anti patriarchal, feminist, ethical and non-feudal, all qualities that Mewat was hardly known for. Because of him Babita Saini won an award. The award says as following: “The Justice Sunanda Bhandare is happy to announce that Babita Saini of village Biwan in district Nuh, Haryana is the recipient of the 2021 Justice Sunanda Bhandare Award for her perseverance of her right to continue her education beyond the 10th standard in a district that is classified as one of India’s most backward with a literacy rate of just 56.1%. Babita Saini is both the first woman graduate in her village and the first woman to be formally employed. The Foundation commends Babita Saini for starting a virtuous cycle of girls’ education not only in her only family, including her mother, but also in her village. We are inspired by her demonstrated ability to effect positive change in our society in order to achieve Justice Sunanda Bhandare’s goal of a gender equal society.”

Recently, Digital Empowerment Foundation started a project where she had to train 10,000 digital women entrepreneurs and getting women to come forward to become entrepreneurs is almost impossible in Mewat. But for Arif, that was one of the challenges he workedon. He always took up a tough challenge with a smile. He worked on taking responsibility to identify at least 100 women in his area to be good enough to be trained as entrepreneurs. And we have the list.

He was truly a national asset and worked for everything that an underdeveloped country like India could wish from her citizen. He was brazenly proactive, positive, optimistic, workaholic, philanthropist, social worker and never said no to anything.

I knew him for almost a decade; he was the one who came forward and said “we will establish a Community Information Resource Center for Digital Empowerment Foundation a long time back. When the financial support got over, he shifted the center in his home rather than getting it closed down. He said “we cannot stop such good work in the community especially when we are getting a good response from them. It is rare in a place like Mewat.”

Last year in the first wave of Covid, he never called me but kept on doing great work beyond his call of duty and became a relief worker. When he saw the need of the hour the lack of funds didn’t come in the way of his desire to help people in fact it fuelled something in him and he raised approximately 25,00,000 rupees through his local contacts using Facebook as a means to spread the good work. I often saw him go live during food distributions that he organised for the migrants who were struggling to survive.

I called him one day last year during the peak of COVID-19 and told him that I personally wanted to donate some money to feed migrants and also wanted to track their journey as they travelled back home. He told me to make the work institutional by routing my donation to Digital Empowerment Foundation and he took the responsibility through DEF and we both landed up on KMP Expressway to feed the migrants. He made sure we noted down the details of the migrants and along with his team he would call them later to get updates. It was the month of Ramadan and as he fasted, he fed the hungry. Somehow, e would never get tired.

This year in February I told him I wanted to make a donation in honour of my mother as she had passed away last year. He said to me, “let’s not do conventional relief work, feeding people. Let’s do something more long term.” He identified seven widows in the Mewat region and we gave each of them about 10,000 rupees to start a small business. Today they are independent entrepreneurs who can stand on their feet.

All this is besides the fact that he work full time with DEF.

The first wave of COVID-19 restricted itself to the cities and so Arif remained unaffected by it. However, in the second wave as it reached the villages, he became a victim of it. He never believed anything could hurt him. Government offices, bureaucrats and the police were public servants according to him and instead of being scared of or at the mercy of them he would take the issues to them and get them sorted fearlessly. He followed COVID protocols as a rule rather than out of fear of getting infected. He never believed it would harm him.

Even when he was admitted, he would keep everyone updated on Facebook. I got several of his messages on WhatsApp too. One of the messages were links to places where DEF could apply for funding.

I am sure he never thought he would have limited number of days left. Just before he was infected I was talking to him and he told me about his discussion with the district collector of Nuh and his plan to make the DEF Internet on Wheels Van a van that would travel to the villages and spread awareness about COVID appropriate behaviour and protocols.

Arif’s loss is not the loss to his family or to his bigger family of DEF or even the Mewat region that respected and looked up to him for all the development he had brought to the region, it is the loss to India. India has lost one of its strongest soldiers.

No one at DEF can fill his shoes, we are all devastated. The 50 entrepreneurs under him are orphaned they say “we had a wall to lean back, now without the wall we don’t know how we will continue.”

He was just 39, certainly he never looked more than 30, he has left with us his wife, mother, and four children including three daughters and a son. He has also left behind a legacy, one that will inspire us forever.

Osama Manzar is founder and director of Digital Empowerment Foundation.