Baank-e-Loom is launched officially amid fanfare 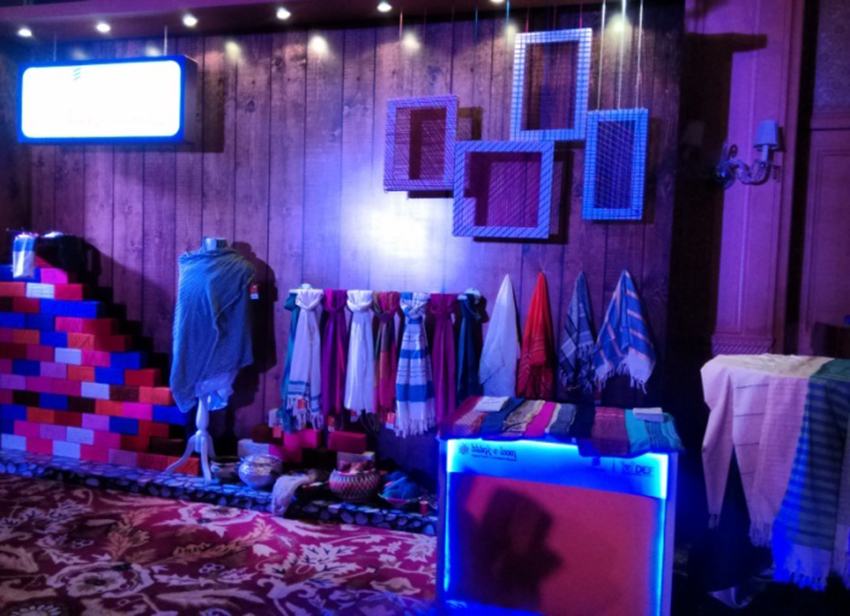 On September 26, 2016, Baank-e-Loom project was officially launched — by the project’s CSR partner Ericsson — amid eminent personalities and media persons of Lucknow, Uttar Pradesh. The event, which was hosted at Taj Vivanta Hotel, saw DG UP Police Sutapa Sanyal and First Chief Information Commissioner of India Wajahat Habibullah as the chief guests of the day. On the occasion, weavers associated with the project got an opportunity to exhibit their products; and their efforts (especially variety and and improvements in design and colour) were appreciated by all. The event was covered by various media houses, including Business Standard.

Meanwhile, a number of government officials visited out centre last month to gauge and understand the efforts being made in Saidanpur. Additional Commissioner in the Uttar Pradesh Ministry of Textile Manoj Kant visited the project site along with his team to discuss possible collaborations with the government. Following the discussion, a plan was made to organize a meeting between 200 weaver cooperative members and government field support staff in the month of November. Block Development Officer Naseem Mohammad also visited the centre, where the Baank-e-Loom team introduced him with to the initiatives have been implemented in Saidanpur and nearby villages. Again, possible collaboration between the centre and the block office were discussed in this informal meeting.

Further, the ground staff organised a meeting with the local Self Help Groups to understand the needs of weavers. Issues like low wages, lack of variety in designs and lack of direct access to the market were discussed in the meeting; and strategies were developed to tackle them.