Beyond Nationalism, Sectarianism or Norms of an Organised Support Systems Lies the Question of Humanity 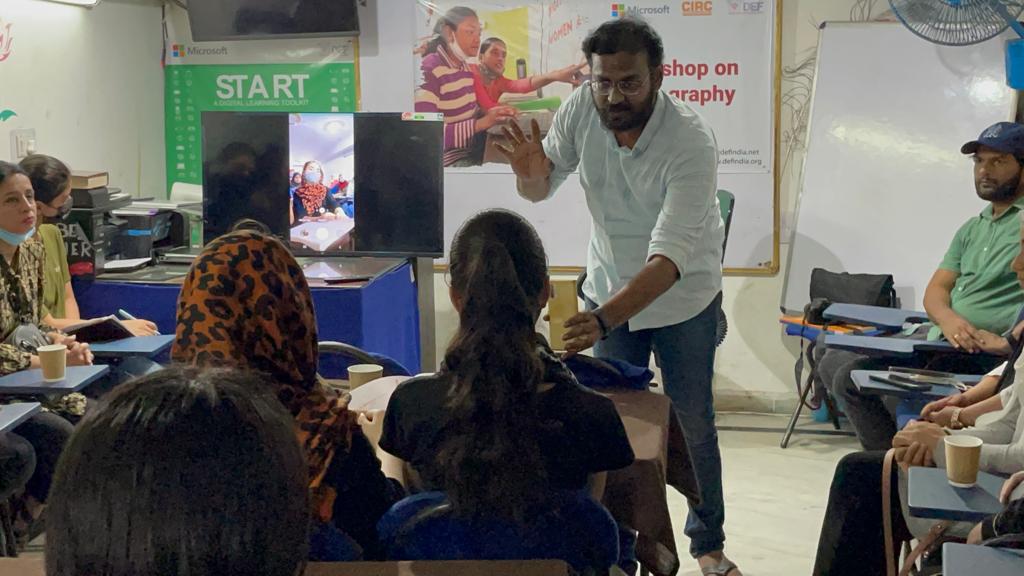 Globalisation has normalised cross country movement to a large extent adding an explorative value addition to the cultural exchange that follows. While most of us cherish such an experience, it often slips from our minds that the international diaspora has many other unsettling shades waiting to be seen.

“Papaya! What’s a papaya? Is one of the many surprised expressions seen among the refugee girls who have been residing here for years but have the least exposure outside our community. Many have not even been to a single mall since they have been in India!” says Ahmad Khan Anjam, leader of Afghan refugees residing in Jangpura region of Delhi.

While the elected or self elected leaders have chosen to wage wars, internal or with the neighbours, to justify their versions of the story of nationalism or codes of conduct, millions of citizens have chosen to flee in search of one of the most basic rights: the right to live. The UN has estimated that 100 million people across the globe have been displaced as of 2021, violence being the major reason. Statistical mumbo jumbo aside, each refugee grieving in their own way about the loss of home has a different story to share. 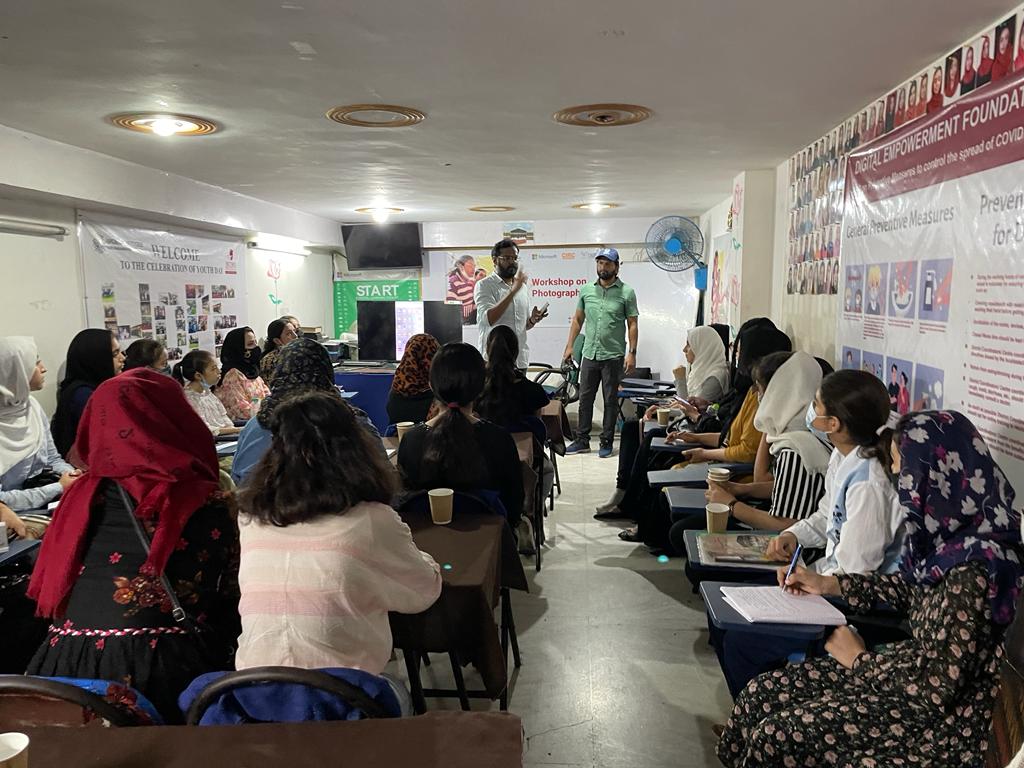 Ahmad Khan Anjam is a 29-year-old Afghan refugee residing with his sister, Maria in Delhi. Being familiar with Arabic, Persian, French and English languages, he worked as a translator for the American Special Forces for one and a half years but couldn’t seek protection as the minimum requirement was 24 months of engagement. His brother and father worked for the army and died fighting. “When the last Taliban regime ended, I was in the second class and I thought we would have good days ahead. But now that the Taliban regime is back, I feel like I just got out of a dream”, recalls Ahmad. He came to India in 2017 and started teaching.

Further expanding on choosing India, he says that many Afghans find it easier in terms of language, cost of living, visa availability and the friendly relationship India has shared with their country over the years. “We appreciate the attitude of Indians in focusing on getting educated and you can see this worldwide where a lot of Indians are faring well in many countries. Earlier in  Afghanistan, we used to be scared about bomb blasts etc. on a daily basis. But here in India, we feel secure about our lives”, he adds. 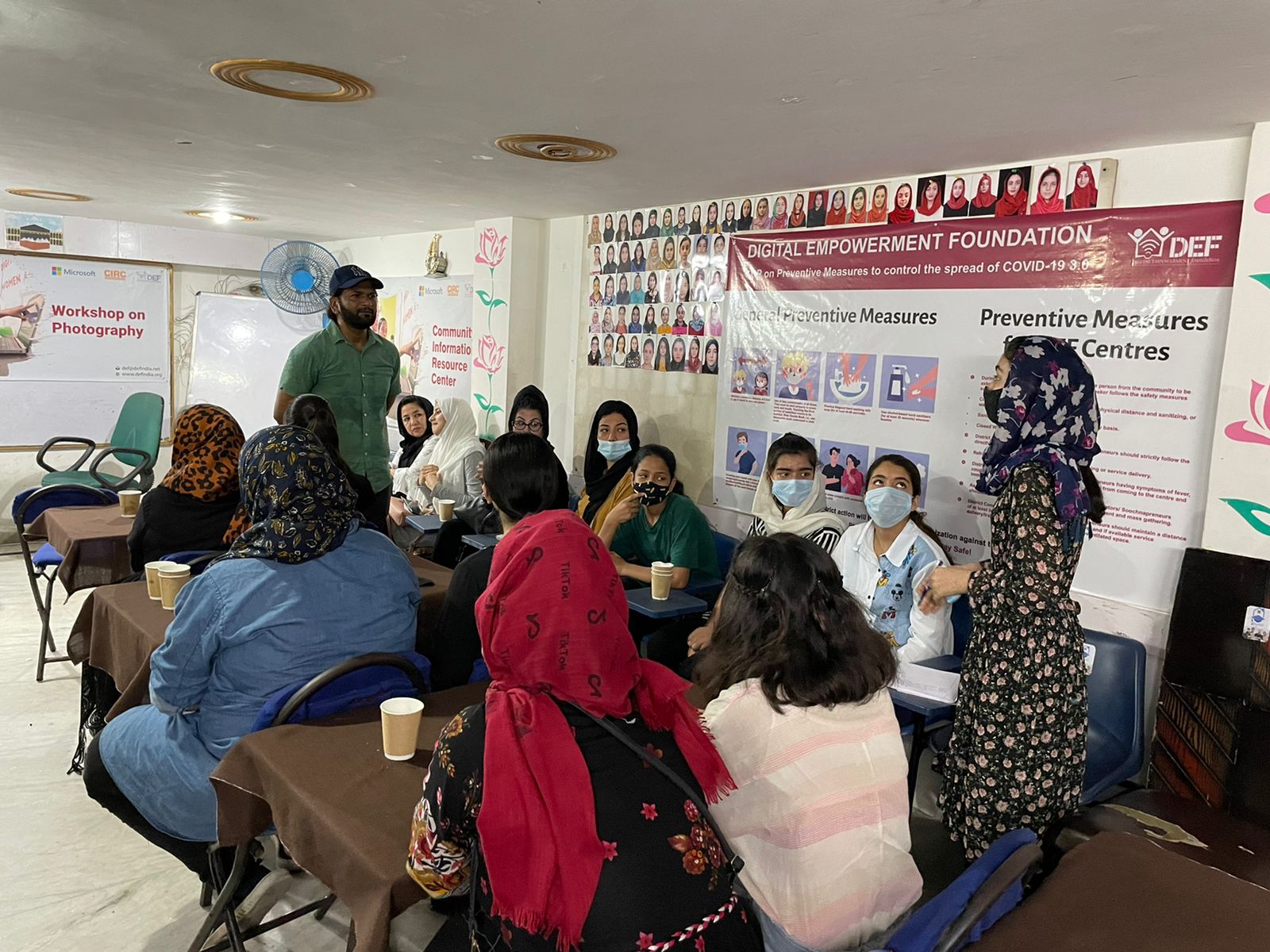 Prior to the country being locked by the Taliban regime, many Afghans made a decent living and thrived in India. Many of them found employment as translators at the hospitals where people from Afghanistan used to frequently visit for health treatments. Some earned well with dry fruits business. Some others used to take care of the guest houses and restaurants. But now, all of this has come to a stand still as there is no access to their country and extension to visa issued as the Taliban government is not recognised by the UN. As Ahmad points out, “We don’t know who our enemies are: America, Pakistan, Iran, our neighbours or our own economy. We don’t know what our future is going to be.”

A blue paper is issued from UNHCR to these refugees which assures them with only limited benefits. They find it hard to seek asylum or residential status, as it takes at least 1-2 years, if one gets lucky, to get an interview as there are thousands of applications. It is hard to find affordable places to live as people demand more rent knowing that they are not Indians. 50-60% of the people are still doing fine financially now. But the main worry is about the future of their children while 40% are still facing a lot of financial problems. Education, school or higher, is out of reach because of visa restrictions. Especially after the coronavirus, the situation became worse. He shares that during COVID, 65 families died with no response from UNHCR. Fortunately, 6 months of ration was paid by a foundation and some people work here and there to get some money in order to survive.

Speaking about his way of living he says, “I work at a restaurant’s kitchen at night for 12,000 rupees. During the day my sister and I run ‘Anjam Knowledge House’, conducting classes and skills training where people from the age groups of 6 to 65 attend. Most of them get free education while I struggle to pay a monthly rent of 25,000 rupees. This is also the place where they get to know about the updates from the UNHCR or other important information. I am grateful to the Digital Empowerment Foundation which has provided some digital tools and education modules to help in these classes and training with the support of Microsoft. Moreover, I am glad to have an organisation supporting these efforts as it is the first time in many years of our struggle, despite being interviewed about our state multiple times on national and international media. I also help some of these embassies to organise cultural events for free. When I look at 29 year old Indians leading a healthy life around, I sometimes feel bad about myself as people like me here don’t even have enough time to sleep. My sister, Maria, who lives with me has a degree in medicine that is not recognised here but helps our people with their health issues. It’s been 6 years since I have met my mother and sister who live in Afghanistan. From 2017, I have been the leader of the refugees in Delhi. I controlled the refugees in the protests in Vasant Vihar. I am grateful for the Indian Police, Indian people, especially the Sikh community who are helping us out.”

He shares about the plight of other refugees trying to find ways to make a living. “Many young people work at the call centres. While Indians get 20,000 rupees as monthly salary, the refugees are paid 10,000 rupees. They face a lot of problems, especially women who go out to work and almost 30% of them mention about facing violence. As a result many young adults are wasting time drinking or smoking with no opportunities to study or work. Some Indian schools help us but usually only Afghans end up helping other Afghans, like me. I have knowledge and I share it. With the rates charged for us being doubled and the salaries halved, we worry about the future. It will be hard to continue like this. We are more worried about the future of the children from our community in terms of education and livelihood. We are just trying to educate these children as much as possible and wait and see what happens.”

Stressing on the education of the children, he says that not just the bookish knowledge, but good education that involves life skills and better exposure to the real world with more interventions of cultural exchange is necessary as these children are dealing with big cultural changes.

In terms of staying connected and informed as a community he says, “We have 10-15 WhatsApp groups of refugees with 200 members in each. When we have any information to share, we do it on these groups. We also have a YouTube channel where we upload the programs that we have conducted in these 6 years.”

Coming from a country where one is being bombed, while heading towards school, masjid or sports ground, and recolleting about his own injuries from a couple of such incidents, Ahmad seeks to bring out the core values of humanity, beyond nationalism and differences in cultural believes, by voicing against the acts that decimate the whole structure of basic human rights. He urges the systems built to protect human rights to be more accountable.

Ahmad ensures that those leaving his training centre after a visit ponder over each individual’s responsibility as human beings, at the least to raise questions about inaction, towards the improvement of the refugee scenario.