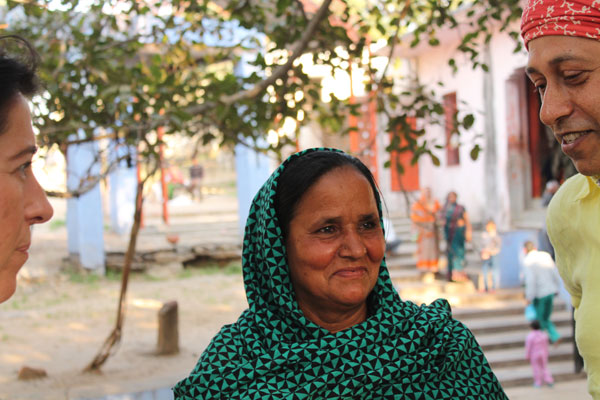 Bimla Devi was born in a Dalit family, considered a low untouchable caste, in the Rewari district of Haryana. As a little girl, she faced much discrimination, even being denied to access public transport and disgraced publicly. Bimla visualised an equal world where there was no gender inequality and people belonging to different castes lived together. Once she grew up, Bimla started bringing together women from her village and began to educate them on various reproductive and sexual health issues. In addition, she informed them about the importance of voting in elections, the significance of economic empowerment and gender equality. She encouraged them to talk openly about their health problems. With time, Bimla began to protest against the upper caste for not allowing access to drinking taps to people of her community. Thanks to her efforts, today both the upper and lower-caste people in the village use the same tap for drinking water. Even though she is a class 8th dropout, Bimla is extremely confident and takes a very strong stand for the women of her community. Today, Bimla has joined hands with a local non-governmental organisation (NGO) where educates teenage girls about health and caste issues.
Bimla Devi is working under the Haryana state government scheme called Sanjivani and supporting women who are victims of domestic violence, dowry and female foeticide. To spread her message on a healthy and safe motherhood, she is coming up with books on the subject of reproductive health to benefit women from other localities.
Quote::“Women have the right to demand equal rights in the society. We should feel free & comfortable working in the society, just like men. I am happy to be born a woman & serving others for their needs & betterment.