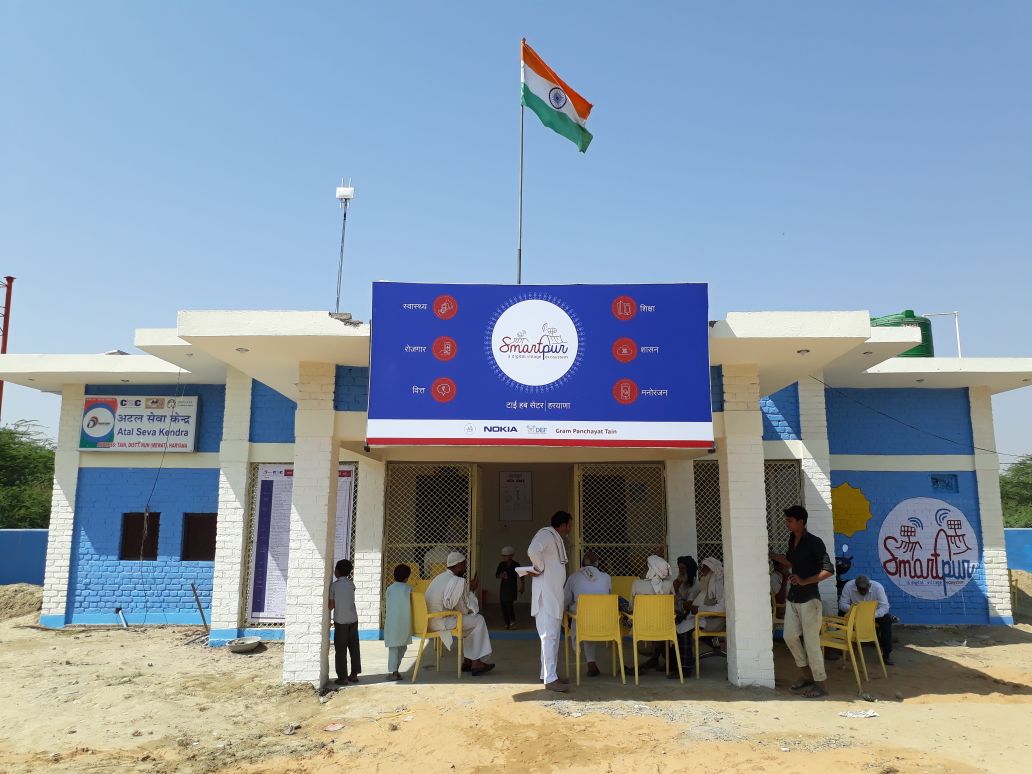 A collaboration between DEF and Nokia, Smartpur is an initiative that aims to create smart villages in rural India. In these smart villages, the focus is not merely on digital infrastructure but on the resourceful utilisation of digital tools and technology in the daily lives of people. This is achieved through activities across six key areas of work—namely education, health, finance, governance, livelihood and entertainment—across 10 villages each in Tain in Haryana and Asoor in Tamil Nadu. Tain, especially, fairs extremely low even among backward regions of India. It scores poorly in all development indices, and is particularly notorious for high crime rate and low female population.

In the last one month alone, there have been two media reports in mainstream papers about high dropout rate and reluctance of the community members to get immunisation shots, respectively. The first report, published in the Hindi, quoted Niti Ayog data to state that as many as 12 per cent of the students were reluctant to continue their education after  upper primary. The other report threw light on how the Mewati community in Haryana was misguided to believe that immunisation shot could lead to impotency among community members. In an effort towards creating a conscious society, the Smartpur team first organised an awareness rally, which saw participation from more than 240 students, teachers and principals. While not everyone could be convinced to go back to school, as many as 68 students were able to see the benefit of at least becoming digitally literate. Later in the month, the team organised another awareness meeting with the sarpanch, community health centre doctors and other community members to talk about the need for immunisation, following which 40 children received their immunisation shots.