Community radio can be rural ISP 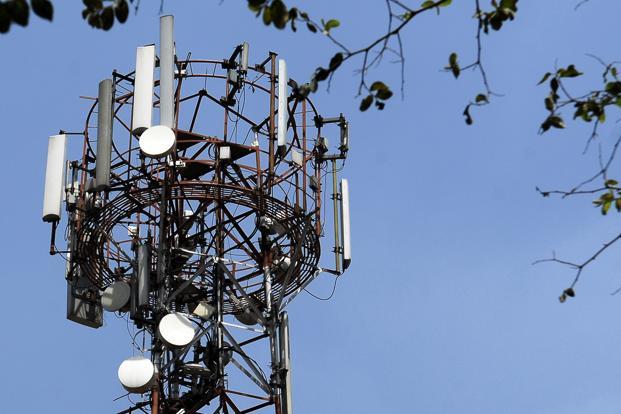 This article was first published by the Mint newspaper on February 23, 2015.

The people in Gop block in Odisha have something more powerful than anyone else in the country has—an FM community radio station (CRS) called Radio Namaskar with a licence to broadcast using a 50-watt transmitter, enough to cover a 20km radius. Sometime in 2011, the local community heard jingles about the government’s integrated child development scheme (ICDS). The local administration responded positively and started provisioning ICDS centres.

Soon, the community realized they were being supplied sub-standard food, especially daal (lentils). A group of women packed the insect-infested daal, reached the Radio Namaskar studio, and their complaints were repeatedly broadcast. The samples were sent to the offices of the prime minister and the chief minister. It turned out that the supplies were 71% insect-infested.

A series of actions followed and a Rs.2,000 crore scam was exposed. As a result, the state government changed its procurement and supply policy.

Harish Kothari, 42, was an electrician in Hadam Malla village in Chamba block of Tehri Garhwal district in Uttarakhand. One day he fell from an electric pole, broke his spine and was in coma for about three years. He survived, but lost the ability to move and write. He could, however, speak.

He started spending his time listening to HenvalVani FM community radio station and was an active participant. For a long time, the radio station staff did not know the actual condition of Kothari. They decided to call him to the studio one day based on his participation. He got the chance to visit the studio, and has been the producer of the most popular programme of HenvalVani, Seedhi Baat, since then. He also writes some of the other popular shows of the FM station.

In Rajasthan, Tilonia FM community radio at the Barefoot College in Ajmer is making waves. The radio constantly talks about the labour card that every labourer must procure. Hundreds of labourers landed up at the radio station premise, and were helped with filling the forms to procure the card. Apart from being an identity card, the labour card helps them receive benefits from several welfare schemes.

In a country like India, where a majority of the people live in rural areas, the primary mode of communication is oral. Any form of oral media in the hands of the masses could work wonders. Public radio is showing tremendous potential of being the voice of the community and for the community. However, the medium is not growing as fast as it could.

After India announced a community radio policy in 2006, when it was opened to non-governmental organizations, a committee constituted for the purpose received 1,615 applications till December. However, 801 applications were rejected at the initial level without being considered. Among the rest, 409 got letters of intent (LoI), but 91 were rejected from that list, too. So far, 211 such radio stations have signed a GOPA (grant of permission agreement), the most important piece of document required to start broadcasting. Yet, only 179 CRSs are operational. However, the good news is that there are 314 CRS applications under process, waiting for the GOPA.

Since 2006, the rate of providing permits has been less than 20 a year. In the past couple of years, we may have issued GOPA to fewer than 10. While some blame may be placed on the slow-moving licensing bureaucracy, there is also a serious challenge of getting applications from quality NGOs. In the last few screening committees I attended, we rejected more than 60% of the applications because the applicant NGOs were nowhere close to even understanding the meaning of community, leave apart media, radio and broadcasting.

But let us look at the opportunities: NGOs are more active, their engagement with community is robust and responsive, they produce a bottom-up, community-oriented and community-produced content, which no other media can match. They are now even more transparent and accountable, and they have learnt how to run a media entity. In other words, we have at least more than 200 solidly validated NGOs who can be relied upon to work for the benefit of the people and as government partners in delivering state services, which the government itself has never been able to deliver effectively.

One of the most valuable assets that community radios have is the 100ft broadcast tower. We all know that telecom towers are the most important infrastructure for wireless radio waves to be transmitted between two locations. Considering that there is an availability of open and free spectrum for wireless networking, all community radios are capable of running a wireless broadband Internet community network without the need of any licences. Since the CRS have towers, they have the natural advantage of creating a line of sight with hundreds of houses and offices. All they have to do is provide Internet connectivity to the community members and listeners.

The simple modus operandi is to get an Internet leased line from an Internet service provider (ISP), and have that shared among the community members and they can make you sustainable through membership fees. This will also increase the much desired number of Internet users in rural areas. CR stations becoming ISPs or franchisees of ISPs will revolutionise rural Internet and also delivery of e-government services including public entitlements. Additionally, the oral media of radio with the integral media of Internet and mobile as convergence tools would truly create a connected country. What else do we need?