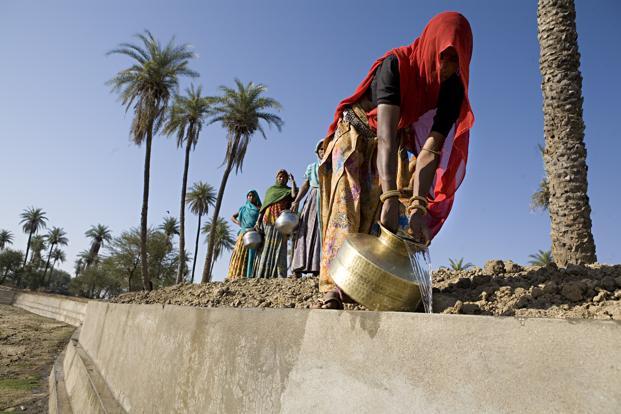 This article was first published by the Mint newspaper on October 27, 2014.

In the last two weeks there have been two major developments. One is the announcement of SAGY—Sansad Adarsh Gram Yojana (Parliamentarian Model Village Scheme) by the Prime Minister; the second is the issuance of an official memorandum by the department of personnel and training to all central ministries and departments, directing them to upload all the RTI (Right to Information) replies and first appeals on the respective ministry’s and department’s website.

The second development is significant for many reasons. For example, there is the possibility of: a centralized repository of RTI questions and the replies impacting larger masses; taking RTI to the next level by creating more transparency and wider reach; and minimizing the load on RTI officers who may have to reply to similar questions simultaneously in different locations and departments. But the most significant impact that “making RTI replies online” is going to create is a cultural one: the culture of adopting “online” as a permanent medium for government departments and government officials, including elected members to share all public information proactively.

It is here that I would like to have a discussion about the relationship between “making RTI replies online” and SAGY. According to SAGY, every parliamentarian has to adopt three villages to have them comprehensively developed in the next five years. By 2019, it is expected that 2,500 villages would be developed by all the parliamentarians from Lok Sabha and Rajya Sabha, using their MPLAD (Member of Parliament Local Area Development) fund.

Interestingly, the approach to development is indicated to be participative and across subjects such as health, nutrition, education, improving mid-day meal schemes, Aadhaar enrolment, setting up “smart schools” with IT-enabled classrooms and e-libraries, improving panchayat infrastructure under MNREGA (Mahatma Gandhi National Rural Employment Guarantee Act) and BRGF (Backward Regions Grants Fund). SAGY also leaves it to the MP to choose any village in their constituency.

Ironically, MPLAD fund was always meant for the development of the area that the elected member represents, and therefore, announcement of SAGY could be seen as more motivational and inspirational in nature. Considering that SAGY also demands regular online monitoring of the progress of the scheme’s implementation, I would like the following to be added into the scope: that in the light of RTI, each and every MP should have an official constituency website to share proactively the development taking place in their area and also how they are spending their funds every year; that the village the MP is going to choose should be a panchayat village—which is the village after which the panchayat is named, usually the biggest village in that cluster of villages—so that two-tier development could be seen both at village and panchayat levels; that the entire panchayat village should be a Wi-Fi zone with the involvement of ISPs and telcos under the mandatory scope of CSR (corporate social responsibility); and the entire panchayat village should be linked to the National Digital Literacy Mission (NDLM) to in order to make it fully digitally literate.

In other words, the recently announced Digital India Program or DIP (refer to my earlier piece http://mintne.ws/1ELthTz ) should be comprehensively integrated into the SAGY with the overarching philosophy of RTI as a guiding principle of proactive accountability towards the electorate. Considering DIP and SAGY are integrated seamlessly, at the end of five years, we may have 2,500 digital panchayat villages with schools and health centres that are broadband connected, and all parliamentary constituency websites available on cyberspace, enriching the presence of India on the information highway. Wouldn’t that be a right step in the 21st century of information age?

However, there is a caveat: the spending guidelines of MPLAD fund have little scope of allocating funds in the areas of digital infrastructure. It would, therefore, be imperative for the centre to redesign the scope of funds allocated to our parliamentarians and legislators, so that they could easily allocate the budget for digital interventions in their constituencies.