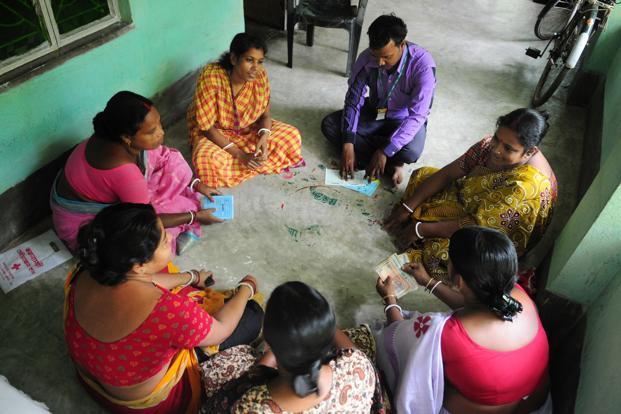 This article was first published in the Mint newspaper on August 3, 2016.

We were recently working on a project to trace the behavioural and social changes that women have seen in their lives through exposure to digital literacy. That’s when we met Lipika, a woman from Sonapur in Assam who lives with her two sisters. Education for her wasn’t easy. She had to struggle to complete school, and then convince her parents to allow her to study further. Though she managed to complete her graduation, she was only allowed to give tuitions to children of the neighbourhood at home.

A couple of years ago, Lipika learnt about a community information resource centre (CIRC) that was being set up in her village and decided to pay a visit. She turned out to be an enthusiastic and quick learner and became a computer trainer at the same centre.

At present, 72% of women in India do not have access to mobile phones, according to GSMA’s Connected Women report of 2015. Over 1.7 billion women do not own mobile phones in low and middle-income countries, it says, adding that women are on average 14% less likely to own a mobile phone than men, which translates to 200 million fewer women than men owning mobile phones.

Data and statistics portal Statista states that as of October 2015 only 38% women have access to the Internet in urban India. This figure drops to 12% in rural India.

We often hear or read about a certain panchayat or religious group banning the use of mobile phones for women in their region of influence. Many others do not want girls to learn about computers.

What are the men in the community scared of?

In the years that we have been working in rural India, we have witnessed several cases of women showing great eagerness to acquire digital literacy.

One such example is of three women from a family in Guna district of Madhya Pradesh who would scale their compound wall to attend literacy classes at the CIRC run by the Digital Empowerment Foundation (DEF). Their husbands and fathers-in-law were against them stepping out of their home, but these women saw opportunities in computer education—even if it was to look up vegetarian recipes or watch knitting videos. The centre in Guna is managed by a woman named Kiran. Every evening, she transforms the centre’s façade into a projection screen to show educational and entertaining videos to the village folk.

At least 60 of 161 CIRCs across India have women trainers or coordinators. And I’ve noticed that those centres are the ones that have shown the best results in terms of punctuality, deadlines, accountability and impact. At least five of our 10 centres in Baran district in Rajasthan, which cater to the Sahariya tribe, are run by women. One of them, Rajkumari, even edits Khoj Khabar, a local newspaper that reports stories related to the local tribe, which was forced to work as bonded agricultural labour for decades.

Chandralekha is a 32-year-old woman with a child. It’s been 10 years since she got married, and the initial years weren’t easy. Her mother-in-law was neither in favour of her pursuing her education nor allowing her to step out of the house to work. Her words—“Though education is important, a woman should stay at home and know how to run her family”—often echoed in her mind and held her back from going after her dreams. However, it was her husband’s support that helped her finally take the first step towards the Malakhera (Rajasthan) CIRC to enrol herself as a digital literacy student. The woman who used to graze cattle during the day is now an advocate of women’s rights, digital literacy and even conducts surveys on her tablet.

Twenty-two-year-old Madiyas looks like a Class X schoolgirl. Until a year ago, she used to go to school, come back home to eat, go out to play with her friends and return home to spend time with her goats. That was pretty much her routine. Even in school, she used to look forward to computer classes when she would spend time playing pinball or puzzle games. However, it was at the Barefoot College that Madiyas got a chance to learn computers (DEF has taken on the responsibility to digitally train children and adults in Tilonia, Rajasthan). Today, Madiyas is a digital literacy teacher at Barefoot College and trains three batches of 10 students each. She aspires to be a journalist, and is using her salary as a computer trainer to support her family and save up for her education.

These are just some of the stories and more of these tales can be read in a DEF publication titled ‘Digital Roshini’, a four-part series that documents the lives of women and tribals whose lives and attitudes have changed after embracing digital tools and technology.

The reason I am sharing these stories with you is because digital literacy often creates an indirect impact on the lives of people. Digital literacy can give confidence to a lot of women to pursue their dreams, cross their social boundaries and overcome challenges.

And it does not end with one generation. What digitally literate women will pass on to their daughters will be a world apart from what they were told by their mothers.

Digital literacy is not just about learning to use a computer or access the internet; it can help bring about several behavioural and social changes. Digitizing India can help women break the shackles of patriarchy. And, a few years from now, present India with a massive economic opportunity.