Episode 20 and 21: The unaided victims of the lockdown

The ordeal migrant labourers are going through is possibly one of the greatest human tragedies witnessed in recent decades. The government’s efforts at improving the plight of these poor souls have been bereft of empathy. It is incumbent upon the powers that be to direct attention at once to these workers who have been forced to undertake arduous journeys on foot. In many instances, they have had to walk hundreds of kilometres to reach their homes.

The pandemic-induced national lockdown has rendered inter-state travel on trains and buses almost impossible; hence, the attempt on the part of the workers to walk home. News reports are filled with stories of women dying due to dehydration, children walking barefoot, and other heart-wrenching sagas. Yet, the government has not taken any significant steps to diminish their woes.

In one such painful story, migrant labourers from West Bengal, who worked at a construction site in Gurgaon lost their patience. They had to stay at the construction site for two months because of the lockdown, and hoped that it would be lifted or at least relaxed. They consumed all their resources, and the landlord expressed his inability to feed them further. He finally had to ask them to vacate.

Stranded on the streets, in a group of 25, these labourers decided to cross borders to get back to their homes with very little money, insufficient even to buy bus tickets. The company they were working for stopped supporting them. It didn’t even pay them for the work they did before, leaving them without essentials.

Because of severe restrictions on movement, these labourers were constantly searching for a different route to reach Badarpur border in order to leave for home. At this juncture, DEF provided them with some financial assistance and implored them to use it to stay in the city until travel restrictions are eased. 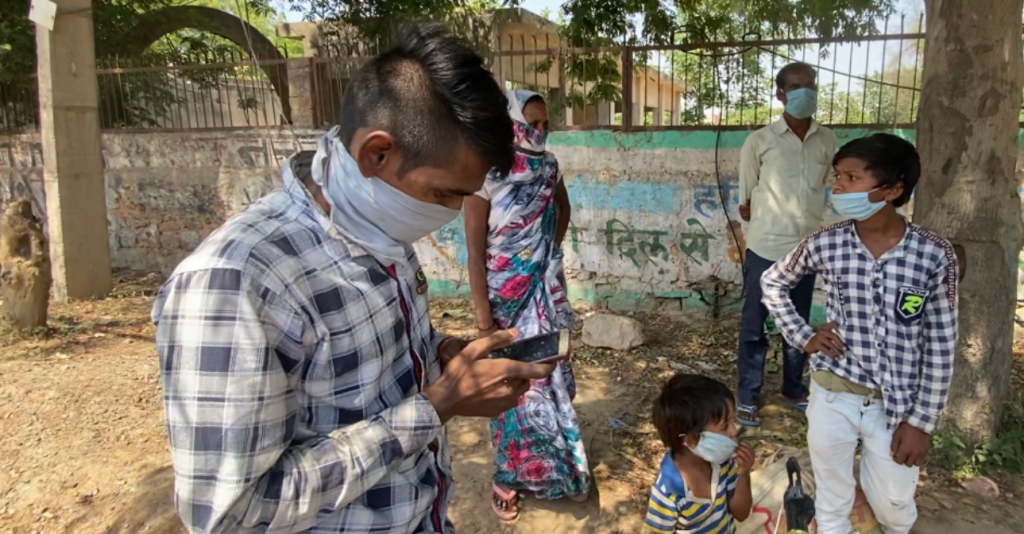 In another such painful story, Bharat Yadav – father of two kids along with few of his friends decided to cycle 1100 kms from Gurgaon to Bihar. With only a few biscuits and water bottles their will to go back to their native place was commendable. They were determined to reach their respective destination in a week’s time. The lack of money to buy bus or train tickets made them travel on cycle. They had Google maps installed in the phone which guided and helped them to follow the correct route. Also, they had also installed an app that charges phone using solar energy as finding charging points along the way might have gotten difficult. They made it to their respective hometown in a week’s time.

In this treacherous time it is ardently to be hoped that the government shuffles off its careless attitude towards the migrant labourers and does something to end this disgraceful chapter of our national history.