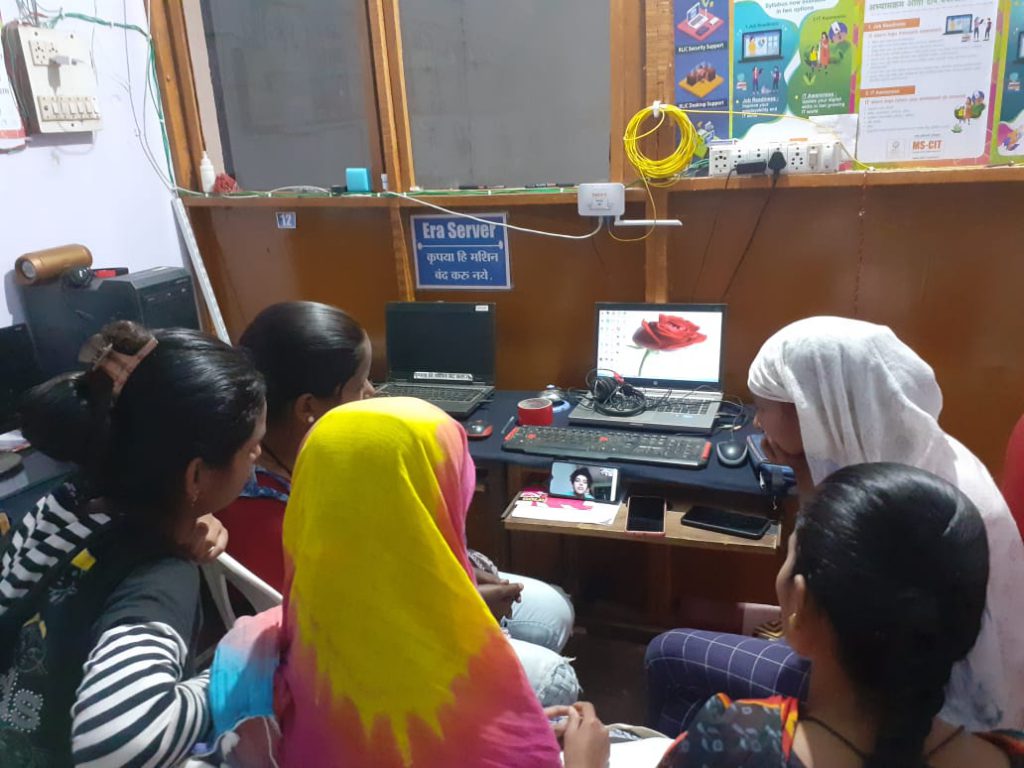 The GOAL teams of Gadchirolli had signed off their year with an interesting idea, which they will be going to implement in the year 2020. Mentees will go through the page of Humans of New York and Bombay, understand its idea and relate the same with their village situation and accordingly they will create their page called humans of GADCHIROLLI under the supervision of Mentor Swastika Jajjo. As a part of their activity, out of Five Mentees three have already started interviewing the villagers and have come up with some emotional stories which the villagers have shared.

The activity is moving according to the plan and in the second week of January 2020 they will create their Face book page and start uploading the content in it with the consent of the villagers whose story they will put it over social media post.

In West Bengal Mentor Sneha educated her five Mentees in the role of Social media in today’s world and shared some influential change stories to help them how individual and collective efforts can be recognized easily with the use of social media tools. With this background and some more practical examples all the mentees were trained in uploading the videos of their community, this was followed up by another assignment where the Mentees were educated about the role and major function of each ministry. Sahina Tahmina an Ehira are actively posting relevant videos updating about the villages and their activities. She tagged the sports ministry about the ongoing football tournament in her village.