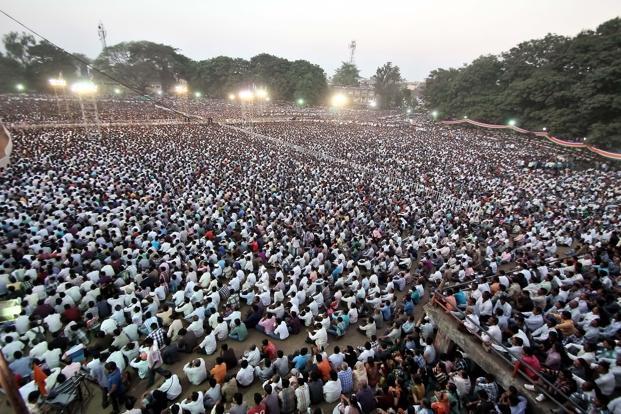 This article was first published by the Mint newspaper on June 8, 2015.

You have guessed it right. Crowd economy is driven by crowdfunding, the phenomenon that is catching up fast in various strata of connected masses to use the Internet and social media as a platform to inspire connected people to source funds for various reasons, causes, objectives and goals. Some are using crowdfunding as a means of raising funds for making social good; some are raising funds periodically for small causes like educating poor girls or supporting orphanages and so on; some are raising funds to even fund their start-ups and many do so to run a full-fledged microfinance agency or a bank.

Many use crowdfunding to support people affected by natural disasters, whereas many simply raise funds to support their ongoing projects and programmes. For example, there’s Freelancer.com, which has got 15 million registered users and is posting whatever work people want to be done and get skilled freelance people to take the work and deliver.

I was in Singapore last month to speak at the Crowdsourcing Week, a premier conference on what, how and where of crowdsourcing. The examples that I came to know about various successes of crowdsourcing not only enlightened me but also made me realize that India is full of crowds, which are yet to be sourced. Considering that crowdsourcing is still an Internet phenomenon, and not as much a mobile phenomenon, India’s Internet penetration is so abysmal that real crowdsourcing as an opportunity or as a challenge is still not yet realized.

Imagine that only about 20% of India is on the Internet, and yet they are the second highest registered users on Facebook. I wonder what will happen if a very large population, say more than 50-70% of Indians, become active players on the Internet and equipped with smartphones—that’s about more than half a billion young, energetic adults as online crowd active in real-time to respond at will, be it in politics or in economy or in social issues or for something or against something.

We have seen how active and responsive online citizens can contribute in flash crowd, like the one happened in the case of 16 December 2012 gangrape case in Delhi when millions came on road; we have seen how an entire political party like AAP gets created as a result of crowdsourcing; and how several start-ups are taking off on crowdfunding rather than depending on venture funding.

In the modern era of democracy, where more and more people are getting connected, the crowd is not going to merely be a meek watchman of non-governance or no-governance. The cycle of five years of voting, which actually allowed politicians to go back to people to ask or request only after five years when there used to be elections, the crowd now being connected, they are going to revert, respond, react and appreciate or complain in real-time as quickly as they want or need.

Look at the several examples of crowd responses that have prompted the government to be accountable and responsive—several police departments like Gurgaon police, Delhi police, Mumbai police, Hyderabad police, Surat police, and Thiruvananthapuram police. Several of them have even gone to the level of specialized mobile app with inbuilt services.

And the latest in the breed is Mygov.in, an initiative of the Prime Minister’s Office, for citizens to engage directly with the government. It is also promising to come up with an app so that people could connect with the government through their mobiles. However, at the time of writing this piece, I found only about a million people registered on Mygov.in, which is a decimal percentage of the total number of connected Indians online, and that too, interactivity is still not very evident through this website. What will happen when millions of Indians go online and send direct messages to the government’s official Twitter handle or official Facebook page or official website?

It is clear that if the government is not going to be engaging with the citizen, and does not change its culture to become accountable and responsible, it will face a serious challenge. As more and more crowds come online, people will demand actionable governance and real-time response to their expectations. Same with the media—we have no more just a traditional media like print and television which people are going to be dependent to seek news or information. We are moving very, very fast to a situation of crowd media, where each and every connected person is a media in itself, both as a consumer and as a producer.

Therefore, we are gradually getting to a situation of connected world where, crowd, media, governance and economy are going to be on the crossroads of convergence; if not done sensitively, it would impact adversely any society, especially the Indian society.