How connectivity and tradition co-exist in Bhutan 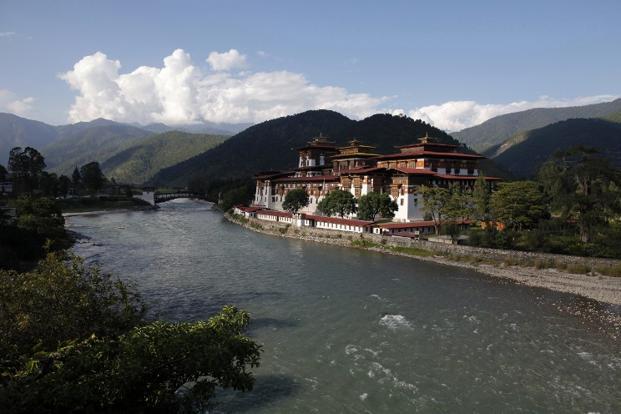 This article was first published in the Mint newspaper on June 22, 2016.

When one visits Bhutan, a country with 75% green cover, one expects to see a lot of flora, varying terrain and hardly any links with the modern, developed world. Yet, the country boasts of a mobile penetration of 85% and Internet penetration of 36.9%.

After landing in Paro and travelling to Thimphu, I found there was hardly anybody in the city who didn’t own a mobile phone. There was good mobile and Internet connectivity everywhere. Even at the height of 4,000 metres, Chelela Pass, which is the highest motorable point in Bhutan, I had 3G access.

I was in Bhutan to mentor some youngsters who are venturing into the world of start-ups. They seemed eager to try out innovations and believe that a mobile phone, an app and/or better connectivity can solve many of their problems. I met several entrepreneurs who are doing exceptional work and visited their tech park, where 16 companies were based, of which 12 were Bhutanese.

Bhutan actually has a good approach towards grooming innovators. The country provides an incubation centre without any cost for six months to anyone who wants to try out their innovations.

After six months, if the innovation seems promising, the innovators can register and start paying for the cost of space. This is a positive approach towards giving a platform to innovators, engineers and entrepreneurs.

During one of these interactions, I met the people associated with Housing.bt, Bhutan’s first online real estate portal and home-based utility service provider. Through this portal, one can book electric repair or plumbing services, request a movers-and-packers service or buy/rent a house, and even purchase home furniture.

Housing.bt is doing extremely well and has even raised impressive angel funding.

Mountain Hazelnuts is another e-platform that’s making waves in the small country. It’s a platform for farmers to export Bhutanese hazelnuts all over the world; its real beauty is that each field worker involved in the initiative has been given an Android tablet to conduct surveys and store data. They are gradually learning to use the tablets as a transactional and supply chain device.

When I was in Bhutan, I spoke to a lot of people to find out how hard the country has been working to connect its citizens in rural areas, and a friend suggested a visit to Haa valley to see how well-connected people are.

Haa valley is about 110km from Thimphu. In Haa, I learnt that there are government community centres all over the country which are somewhat like the Digital Empowerment Foundation’s Community Information Resource Centres. The government-to-citizen services offer citizen services and digital literacy at the village level.

These community centres are very well-designed and well-connected with the outer world. They are equipped with three computers, binders, printers, scanners and photocopy machines. Through these tools, these centres provides both online and offline services.

And that’s not all. The community centre’s web portal thuenkam.bt also acts as a marketplace for indigenous handicraft and handloom products, opening the global market to local artisans.

One person is hired to manage the centre, and this person takes care of all the responsibilities from literacy to providing services to scanning. These services are provided at a cost, and the hired person is given a monthly salary of 7,000 Bhutanese ngultrum (Rs.7,000) by the government.

Twenty-two-year-old Chimi Nidup is a trainer-cum-coordinator at the community centre in Kitsho village. This centre was established in 2011, but Chimi only joined in 2013, and she thinks they are extremely useful for citizens. She told me that earlier the government had set a minimum revenue target of 1,500 ngultrum for every centre, but now it is planning to increase the target. These targets, as I mentioned earlier, are achieved through digital literacy classes, government-to-citizen services, and online and offline digital services.

The centre also works as a hub for accessing the Internet. So, if one wants to sit and surf the Internet for, let’s say, less than 15 minutes, one will be charged 20 ngultrum only.

On my way back from Bhutan, I realised that when you are “riding digital”, it doesn’t mean you will lose out on your culture and heritage. Connectivity can be ensured in regions without having to lose out on a country’s ethos, language and tradition. Even though the people of Bhutan are well-connected and have access to mobile phones and the Internet, they are not “addicted” to the modernity of the world and that is the lesson I learnt in Bhutan.