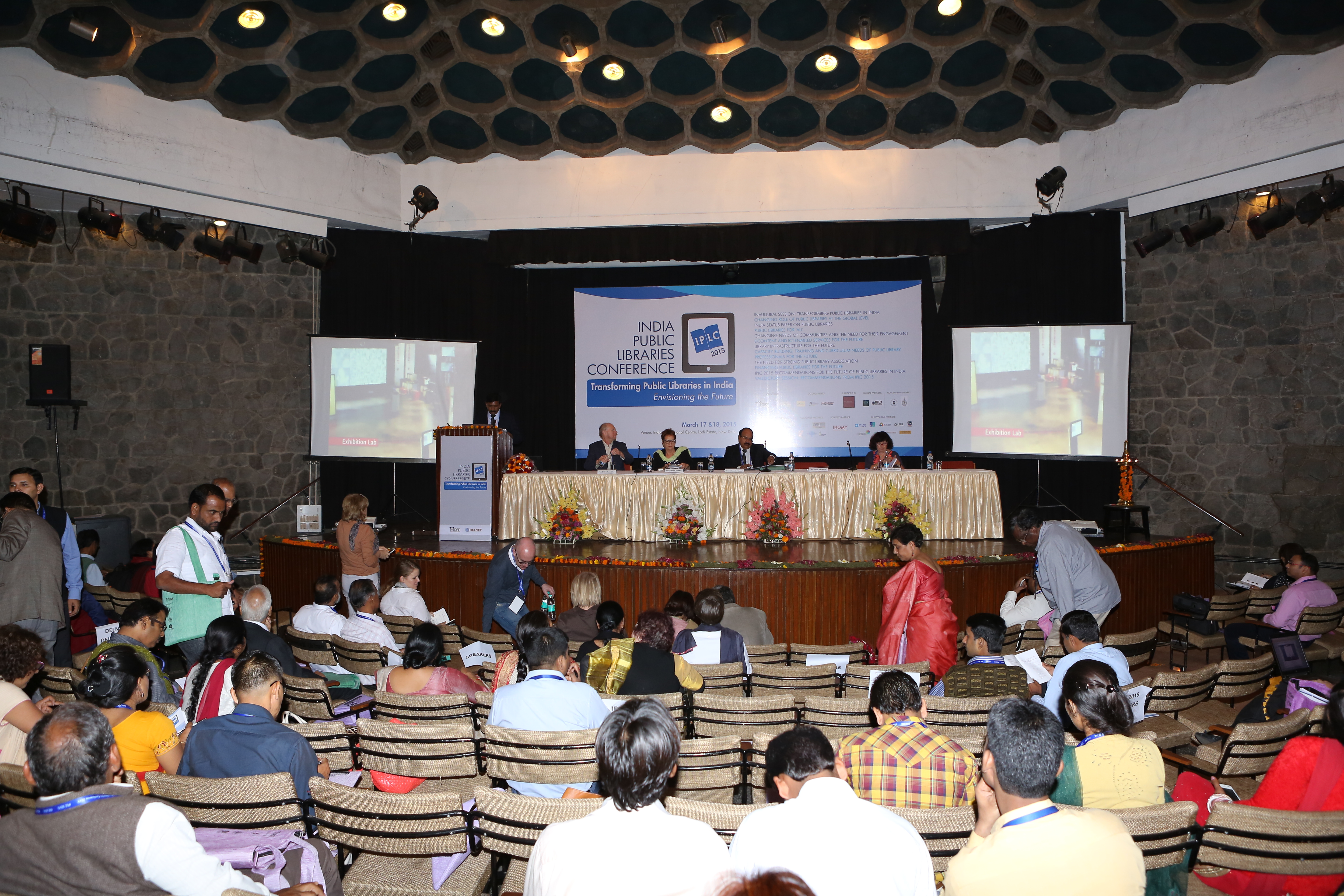 To discuss how public libraries can be regained as public places for seeking information and knowledge, for the first time in India, an international conference-cum-workshop on public libraries was organised. The three day event ‘India Public Libraries Conference 2015’ (www.iplc.in) was held at India International Centre (IIC), Lodi Estate in New Delhi during March 17-19, 2015, comprising of a two day conference on the theme “Transforming Public Libraries in India: Envisioning the Future” and a day long parallel  workshops for library officials and professionals.

The meet was a part of a comprehensive initiative launched by non-profit Digital Empowerment Foundation (DEF) and Developing Library Network (DELNET) with support from Bill & Melinda Gates Foundation to strengthen and upgrade public libraries in India along with a host of public library stakeholders and partners. The IPLC 2015 was inaugurated by Dr. Jitendra Singh, Hon’ble Minister of State, Prime Minister’s Office, Government of India.

The final set of recommendations is submitted to the national and state library authorities including the Ministry of Culture, State Education Departments in charge of public libraries, grant making agencies and other key policy and implementation agencies.