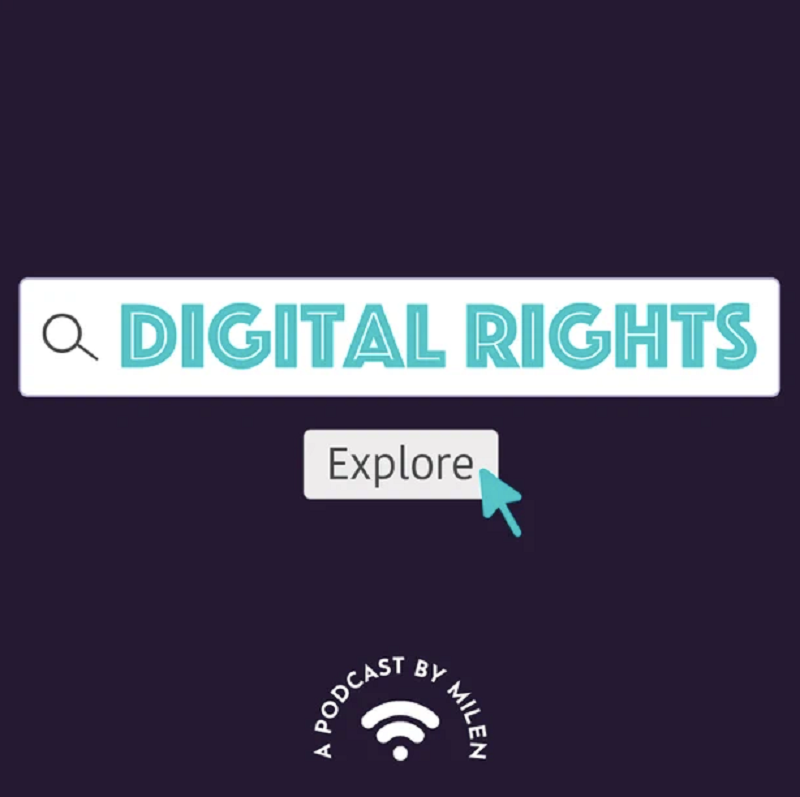 “Digital Rights Explored: Local Rights, Global Perspective”, is a podcast series hosted by Media and Information Literacy Expert Network (MILEN) which revolves around some case studies of violations of digital rights across different countries and discussions with the experts from the field on the possible solutions to address the consequences. One of the episodes presented case studies of the implications of public policies relating to the internet from Malaysia and India and the experts talked about the role of Internet Governance Forum (IGF). One of the experts who participated was Osama Manzar, founder and director of Digital Empowerment Foundation, bringing out the topic of the Unique ID system through several case studies collected and experienced through village level digital resource centers run and managed by a network of digital entrepreneurs of Digital Empowerment Foundation (DEF).

Following extract from the podcast broadcasted and recorded live at the recently held IGF 2021 in Katowice in Poland is a reflection from India. The curator of the Podcast is Alexander Amaral, an active member of MILEN.

Alexandre Amaral (Moderator): We are going to see another part of the region which is India and we are connecting virtually because we are going to speak about another aspect of surveillance which could be considered, that is the ID systems that are implemented in India: ‘Aadhaar’ system. It is such an unnecessary digital surveillance in a sense that they are getting information but it could be a much broader issue at scale. And here we have the speaker and my dearest friend: Osama Manzar, an expert here at the Media And Information Literacy Network, founder and CEO of Digital Empowerment Foundation, India, bringing connectivity and digital literacy in rural areas in more than 1000 locations throughout India so far. We have been hearing about this Aadhaar system which is this one number that unites the people of India. You are not required by the law to have it, but without which you can’t access education, enroll in universities, go to hospitals or open a bank account. So, what are the implications of this Aadhaar ID system for the people of India?

Osama Manzar: The discussion on the implications of the Aadhaar ID system would be a pretty long one considering the current context. The dichotomy is that you can do all that you mentioned earlier without Aadhaar but the practical system is that there is a code called UID (Unique Identity) or Aadhaar (whose meaning in Hindi is ‘the foundation’). Practically what is happening is that it is being influenced, marketed, and spread that everyone should have this. As per the law, you are not obliged to have it but the government certainly takes pride in saying something like out of 1.35 billion population, 1.2 billion have enrolled to have UID. This is how it began, but gradually to make it more relevant, useful and practical, the government is starting to link this with every need and it became some sort of culture that each and every office, administration, organization started asking people that they need to have the ID in place.

Basically that one number became your popular existence, belonging to you. But the flipside is that according to statistics, India has around 300 million or even more people below-poverty-line (BPL) who are actually dependent on various government entitlements and welfare programs and can’t survive without ration and access to health services. This is where the whole game opens up as these people suffer because of the necessity of this unique identity. I am not even getting into the controversial area where this leads to surveillance issues but about those 500 million people to whom a message is implied that, “you can’t have ration without identifying yourself or you can’t even have pension without having your biometric identified”.  This is enabling because you are illiterate but disabling because you are not aware how that identification is used and you will see on the ground that so many are being affected with their biometric being stolen, Aadhaar numbers being spread everywhere including government databases through which they are proudly displaying their targeted statistics.

But this information is being misused elsewhere. You will hear stories about how someone goes to open a bank account, records the thumb impression and representatives from the bank have access to all the account details. It is very interesting that the unique ID is so vulnerable that it has paved the way for identity theft, fraud, assets being stolen and so on. It is such a vulnerable style of utilization in our society that, the lesser the case studies conducted, the better it is. Apart from privacy and surveillance, even for the purpose for which this number was released to have an easy life, it hasn’t served to be so, instead it has proved to be a vulnerable aspect of society. If you go to a typical Indian village, out of hundred people, one is provisioning all the services to have banking or internet access and such a person has printed UIDs of hundreds of people in his room.

Alexandre Amaral: It is interesting Osama isn’t it? When we were conducting interviews it was so easy to collect so many case stories and one could see piles of UIDs printed. They had the trust of the citizens, but if they wanted to make use of that, they potentially could have a greater impact down the road a few years later. I want to highlight a case story of Shakthi from rural India to understand how this plays out in real lives.

I am from Barmer district of Rajasthan which is supposed to be one of the most backward regions in the country. If any government official was posted here, it was considered as a punishment. People here are unaware about government schemes and entitlements. They hesitate to trust people who are educated because over the years, they have been cheated again and again by them. A person named Suresh runs an e-mitra (digital kiosk for government services) center. He started using the names of those who had passed away, registered his own fingerprints and details under them and whenever a government pension fund was released, he would withdraw it. He did the same even with those who were alive. Once the son of a 70-year-old man, who passed away, couldn’t figure out who was withdrawing the money that came into his late father’s account. Being a right to information activist, he collected the documents and filed RTIs at the bank and received all the information available to file a case against Suresh. After the investigation, it was found that he had committed a fraud of almost 600,000 rupees and was jailed for 3 months. After his release, although the government had canceled his former e-mitra license, he has registered another center under a different name and continues to run it even today.

Alexandre Amaral: Osama, it is ironic if not tragic that these middlemen are conducting fraud without many being even aware of it and even after being caught, they get to continue it. If we think of digital rights, it is a brilliant thing. I have been to India, visiting some of the rural areas where you provide access to information, especially to the vulnerable in order to get their ration, food and money, they have to share their IDs with one person in the village connecting many who are illiterate so that they get what is necessary. But in the name of ease of access, if you compile all that into one ID system and if you don’t have digital literacy to use it, it seems that the government is saying that in order to benefit from welfare programs, you need to know the basic things. But I don’t see anyone providing the awareness or education so that they are not exploited. So, how should we look at this Osama from a citizen’s perspective: is it an awareness that we need to raise or is there something else we are missing?

It is very interesting that we think digital is just a technology, a means to do something but we don’t consider it to be a cultural embedding into a system around which policies are formed and that is ironical. I will give you an example of 66A, a bad Act which was created around the perspective of freedom of expression and under which the police would arrest anyone commenting on social media on something that was unacceptable by the government. Eventually the government changed and that Act was withdrawn. The irony is that even now, the government of India, through police departments and cybercrime experts, arrest in the name of an act which doesn’t exist anymore. We have to note here that when we write policies that include digital, it is very important that we also look into the cultural and social aspects and the ecosystems that get affected by it. And the way forward is not by just providing digital literacy and forgetting digital safety. This is not going to work. Because digital literacy might enable you to share your data but without digital safety, it will not be safeguarded or protected within the firewall. For example, when you get your credit card, you are clearly warned not to store or share the details of the card. But such tutorials are not available when we make digital policies. You could try counting how many schools or colleges do we have that are embedded with curriculum around digital society, digital culture, digital safety to create awareness and provide education in this regard? You cannot make a policy just in the name of ease of access. Another example that I can provide is that during the pandemic, it was mandated that we get vaccinated by registering to enroll. But even considering the statistical data, the internet hasn’t reached even 50% of India to stay connected. How is it possible to have a mandate with the internet being the gateway to it?  Ultimately, the government had to announce that you could walk into a hospital or a medical center, meet face to face, get vaccinated and it would take the responsibility of updating the details on your behalf. But when it is done on their behalf, there is no accountability of what kind of database is being set up. So, the most important thing is that as we turn more digital, cultural integration should also be emphasized which is not being done yet.

Alexandre Amaral: It is interesting to see how to integrate so many layers when it comes to digital literacy and education at the policy level.