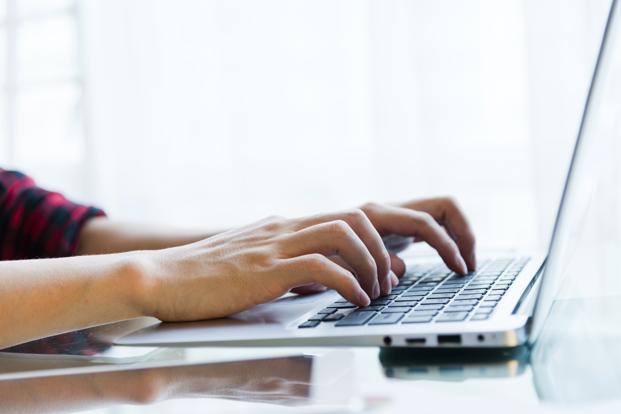 This article was first published by the Minst newspaper on August 17, 2016.

Last month, I met Imbesat Ahmad and Sharique Ahmad, two young men who are trying to make competitive exams a little easy for young aspirants in Jammu and Kashmir, especially in the Valley. The two have developed an app called Rise, which provides students with study material, counselling and information on courses and examinations, among other features.

Rise was one of the winners at the annual mBillionth Awards this year. Following the award ceremony, I had a discussion with them about their app, their work, the education system in the country and the situation in Kashmir when I learnt that Imbesat and Sharique had decided to stay back in Delhi until a curfew—both physical and virtual—was lifted in the Valley. They had decided to stay back because they could not carry out their daily work without access to the Internet for services or information. And this got me thinking.

A report titled The Internet in India 2015 by the Internet and Mobile Association of India indicates that the number of Internet users who accessed Internet across India by October 2015 was 317 million, and that this number was expected to reach 426 million by June 2016. However, how will we achieve the target if we have a restrictive environment? How will we achieve the Digital India plan of making the Internet available to everybody if we curb access to it in some parts of the country?

At the moment, the tendency of the authorities, in India as well as in other countries, is to shut down the Internet or mobile network in conflict situations to close channels of communications for insurgents. That affects civilians as well.

In the last four years, there have been 27 cases of network shutdowns across India. This figure is from a soon-to-be-released report titled Internet Shutdowns in India that the research & advocacy wing of the Digital Empowerment Foundation (DEF) has prepared. Section 144 of the Code of Criminal Procedure, 1973, allows the state apparatus to prohibit the assembly of more than 10 people in an area. Section 69A of the Information Technology Act gives the centre the power to block certain websites or order the blocking of access to data services if a situation threatens security.

According to the Freedom House report titled India Freedom on the Net 2015, India scores 40 (on a scale of 1 to 100; 100 being the worst) with at least 18 violations of user rights. The two most commonly censored topics on the Internet are criticism of authorities and conflict, according to the report. Interestingly, a resolution passed at the 32nd meeting of the UN Human Rights Council, held in June and July, calls disruption in access to the Internet as a violation of a human right.

Nine Indian states have witnessed network shutdowns between January 2013 and June 2016. Jammu and Kashmir ranks first with nine shutdowns due to “terrorist attack”, “social unrest”, “possibility of spread of rumours on social media” and “precautionary measure in view of the Prime Minister’s rally in Srinagar”. It’s followed by Gujarat and Haryana with eight and four cases, respectively.

“Social unrest” due to issues of beef ban, Jat agitation, reservation and terrorist attacks are the main reasons for the high number of network shutdowns in these two states. Rajasthan, Uttar Pradesh, Jharkhand, Meghalaya, Manipur and Nagaland recorded one case each in the last four years.

It is interesting to note that Jammu and Kashmir and Gujarat top the list. While national security, insurgency and the spread of violence are a fear in the conflict-ridden state of Jammu & Kashmir, I wonder what similar threats the government sees in Gujarat—a presumably conflict-free state. Also, if conflict states “require” the government to sometimes impose Section 69A on certain occasions to maintain law and order, how come there has been no such incident reported in Chhattisgarh, which is affected by Maoist insurgency, in the last four years?

According to the same DEF report, authorities say that 11 out of 27 network shutdowns in India were enforced for “preventive measures”—to maintain law and order in the area.

The increasing number of shutdowns seems to show that the government is evading its actual responsibility of maintaining law and order, and taking post-incident measures which are undemocratic.

We must understand here that a virtual curfew (Internet shutdown) is as bad as, if not worse than, a physical curfew. It involves many more people and it’s not restricted to a geography. It includes anybody who is online.

Additionally, the government must also understand that the Internet, more than any other medium of communication, is a force multiplier for constructive purposes, instead of perceiving it as a tool merely for nefarious ones. Even at a time of a possible threat to law and order, access to the Internet also provides citizens with access to emergency services.

I remember the district administrator of Bokaro (Jharkhand) telling me that he and his team were constantly checking their Twitter feeds during the riots last year to track the situation and send ambulances to those who were seeking help online.

In today’s time, access to the Internet is a democratic right, and it should not be taken away from citizens on the pretext of law and order.