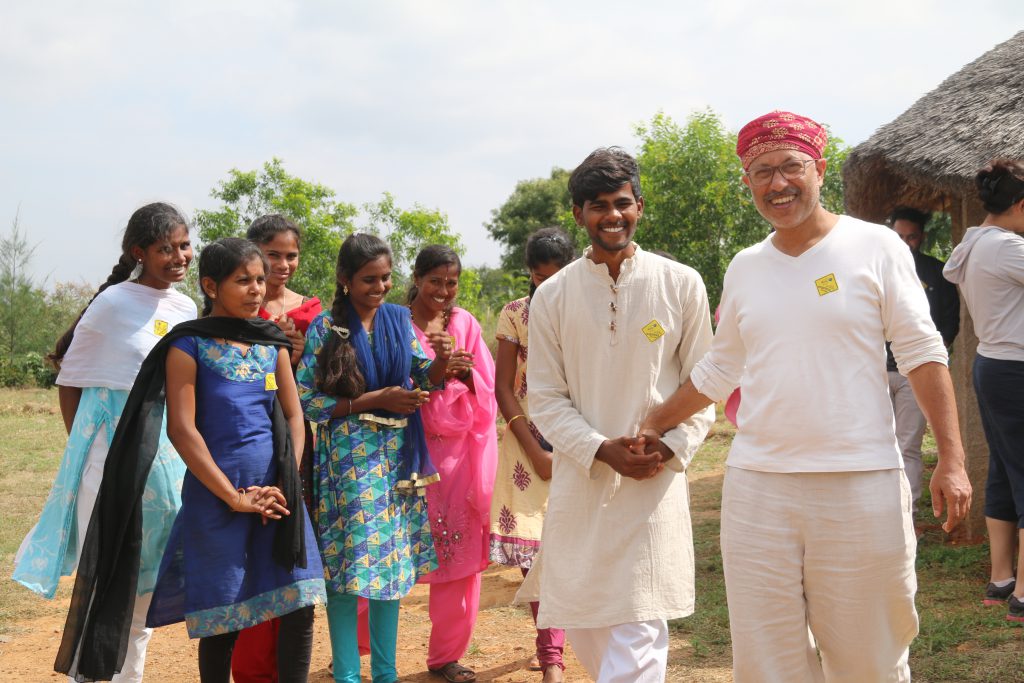 Launched in 2002 with a vision to digitally empower marginalised communities living in information poverty, DEF has marked its presence in 700 locations in 123 districts across 23 states in India. Over the years, through various challenges and experiences, DEF has observed that even though the condition of villages has not improved much economically, but there has been a significant rise in number of smartphone owners. A large number of these smartphone owners are the youth of the village, though the interest is more on social interaction than for any educational purposes.

The new trend of smartphone ownership has brought forward a fresh aspect of existing patriarchy, where the maximum new owners are men. Whereas, women are left with leftover phones or being the necessity users.

DEF has been striving to bring out women impact through various programmes including through both direct programmes designed especially to empower women to become entrepreneurs and independent and indirect programmes. Till date, more than 21 lakh women have been digitally empowered.

Even with an increasing digital penetration, with 200 million smartphone users in rural areas and millions of social media users on multiple platforms, everyone is caught in a web of spreading, sharing and retweeting information that they see but do not know if it’s from a valid source. They believe that everything they see on their screen is true not even considering the alternative.

The above has been possible due to the increasing access and power in the hands of the netizens, which has made it easier to hold authorities responsible. We’ve seen masses of people come out to the streets mobilised by a few over the internet. Initially, it was seen as a good thing because there was recognition of the democratic value and the power to question authority. But, now we’ve come full circle where we’re questioning the hold of technology on humans itself. Given the way technology has been democratised, there is an urgent need to increase digital literacy in the community. Although not a new concept, misinformation/disinformation and fake news has become a topic of debate around the globe. There have been situations of election, views and news manipulation.

In an effort to counter this spread of misinformation and fake news, this year DEF, through various platforms and numerous workshops managed to raise awareness about media and information literacy, fighting fake news and mobile app innovations.

At DEF, while we will continue to work hard towards bringing people out of information poverty and provide last mile access, we will also be persistent in our fight against misinformation, disinformation and fake news in the coming years.

The year 2020 awaits new beginnings and opportunities for all. Thank you for your solidarity and we look forward to your continued support and collaboration. We are constantly looking forward to work in as many backward districts  as possible. If you have a network and support system where you want us to work with you in working with marginalised people, please reach out to us and we will work together.

Once again, we wish you a happy, prosperous and digitally empowered New Year.