Preserving our vanishing tribes, their heritage, language and wisdom

You are here:
September 8, 2017Leave a commentOsama's Columns in MintBy Udita Chaturvedi 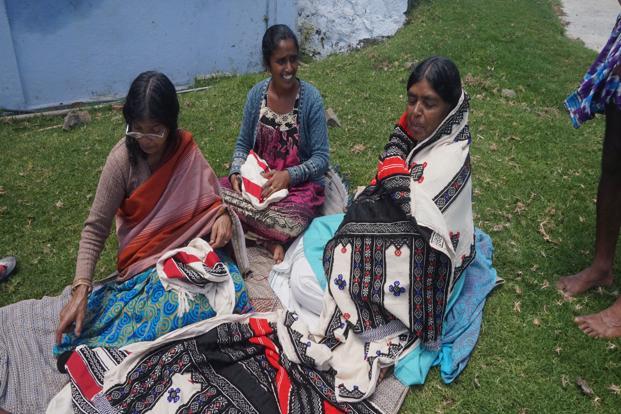 This article was first published in the Mint on September 8, 2017.

The breathtaking Nilgiris are home to a number of indigenous tribes, one of which is Toda.

Unfortunately, the once thriving tribe has fewer than 1,000 members today. Based on the yardstick set by our modern education system, these tribesmen and women are considered illiterate and backward. However, one has to visit their homes, interact with them and see their craft to truly understand the depth of their knowledge, art, traditions and sensibilities.

The Toda tribe is largely dependent on buffalo herding and embroidery for its livelihood. Its members are incredibly skilled artisans known for the red-and-black embroidery on white fabrics that has even earned them a GI (geographical indication) tag. They live sustainable lives, in harmony with nature where all their resources are available. The Toda tribals have their own language, which does not have a script.

Over the last century, their numbers have been dwindling. The sharp decline in their population is largely related to the decline in agriculture land, much of which has been lost of afforestation. With their dwindling numbers, their art, craft and traditions are facing a slow death. If not preserved, the day is not far when their unique embroidery, for instance, is lost forever.

The Todas are an extremely closed community, barely connected to the rest of the world and, thus, deprived of the opportunities connectivity offers. They are not alone in leading marginalized and excluded lives. Overall, Scheduled Tribes account for 8.6% of India’s population, according to the 2011 Census.

If we focus on language alone, almost every indigenous tribe speaks its own language or dialect. In fact, according to the People’s Linguistic Survey of India, as many as 780 different languages are spoken and 86 different scripts are used in the country. However, only 22 of them are recognized by the government as scheduled languages.

What is even more disappointing is that India has lost nearly 250 languages in the last half century, and 196 more have been declared endangered by UNESCO. As many as 120 of these 196 languages are spoken in the North-East. With most of these languages spoken by tribes and lacking a script, it has been particularly difficult to preserve them.

However, digital media allows for their documentation in audio-visual formats now. Simply recording audio or video of folk songs/folk tales in different languages can help preserve not just the language/dialect but also the folk culture.

In the same manner, the traditional knowledge about sustainable living, medicines, farming and architecture that tribals store in their memories can also be documented for preservation and dissemination.

This is what motivated us to work with the Sahariya tribe in Baran, Rajasthan, in 2007. Here, the Digital Empowerment Foundation (DEF) established a 200 km community network and connected it to a local server. This way, even if the Internet is down, the community can share content and access content through the local server, thus creating an intranet or community network. This has also encouraged the community over the years to create a localized database and archive its oral and traditional knowledge, art as well as culture.

Just like the Sahariyas, the Toda tribe too is a rich repository of culture, craft and heritage. So when the All India Artisans and Craftworkers Welfare Association reached out to us, seeking help to digitally archive the Toda tribe’s knowledge, we were more than happy to help. Together, we are now developing a platform that captures the history, heritage, culture, ecology, traditions, art, craft and stories of the Todas.

The idea behind setting up a digital archive in the form of a website is to not just create a repository of this information for the purpose of preservation but also allow the rest of the world to see—without compromising the uniqueness of their craft or designs—the richness of the Todas.

The Internet has a lot to offer to tribes living secluded lives in the forests. Connectivity can ensure better access to government schemes, entitlements and rights; digital market linkages can enable tribal communities to exhibit their craft and agricultural produce to the world for an improved livelihood; access to the Internet can keep them updated on government notifications and other relevant information; digital documentation can preserve and showcase their richness for posterity.

All of this, along with more, also has a direct connection with social as well as behavioural changes within a community. We envision digitally empowering as many tribes as we can.

We wish to bring the tribes of India under the umbrella of digital inclusion to expose them to the services and opportunities the internet has to offer. However, the intention is not merely to teach community members to operate a computer but to provide them contextual, relevant and timely digital literacy, so that they can access the internet to consume the information it offers and share the knowledge that they hold with the rest of the world.