Rashida Bano’s husband divorced her and left her while her son was only 4 years old. Now Rashida Bano is staying with her Mother at her house in Saidanpur. She is extremely poor; in fact she has had to send her minor son to work as a laborer while she has been working as a cook in some people’s houses in the village. DEF’s team in Barabanki identified the need and started working towards empowering her. While DEF usually works through digital means, in this case Rashida needed immediate relief that would sustain her in the long run as well. It was decided that DEF would invest some money to open a shop for her, that way she would immediately start earning money and could further invest in the shop to buy more things and keep it running. Now this shop is her primary source of income; she makes sure it is active at all times by putting her mother and son in charge whenever she has to step out to do other tasks. DEF invested 7,000 rupees into the shop through the initial inventory and now Rashida has already started seeing returns so she has bought a wooden kiosk as well. Earlier she was running the shop from one of the rooms of her brother’s house but now she has moved out and set up the shop in a wooden kiosk. Her shop has become the go-to general store for all her neighbors; on an average she earns about 2,000 rupees every month. This added to her income as a cook in other people’s homes is enough for her to take care of herself and her child. 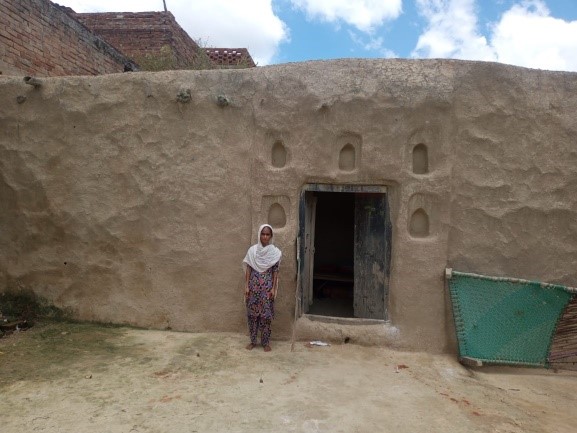