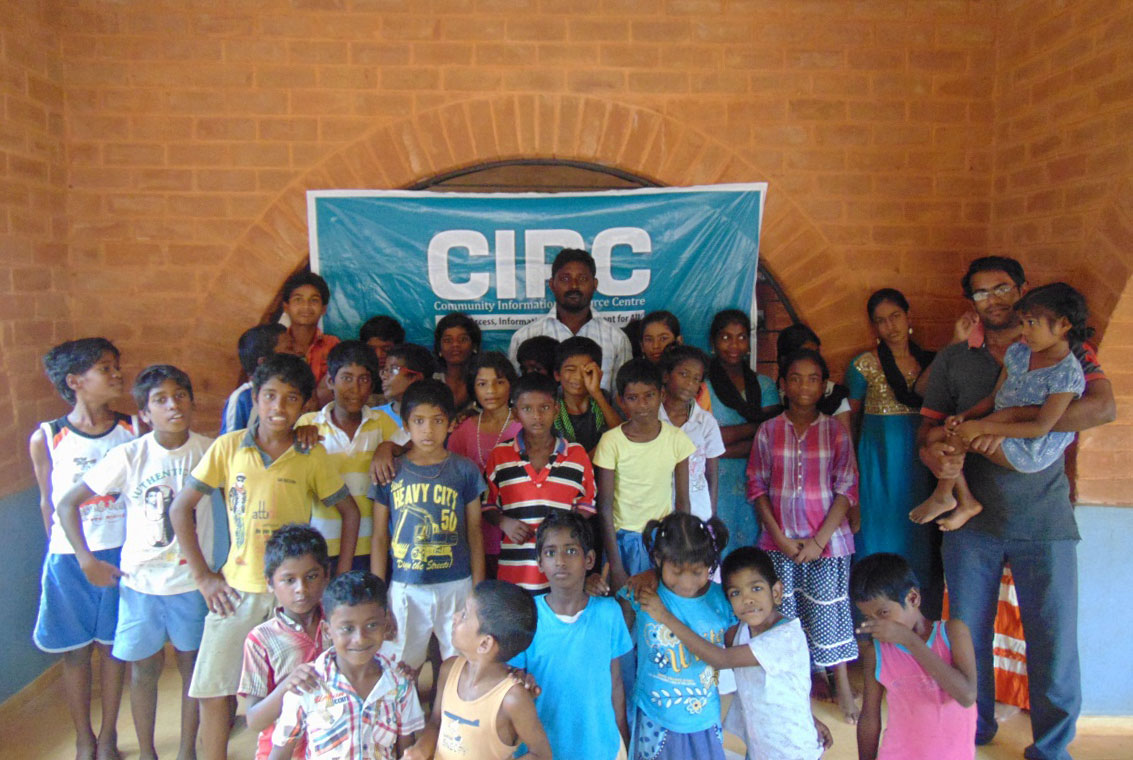 This story was first published in The Better India on July 22, 2016.

Shiva Kumar of Vaithikuppam in Puducherry is using digital literacy to help individuals living with HIV get access to a better life.

A barefoot computer engineer, Shiva had often visited Shanthi Bhavan in the past, to resolve any hardware and software related issues they faced. Little did he imagine that he would one day be visiting the Centre as a computer trainer.

Shanthi Bhavan is a place built out of pure compassion. It is home to more than 40 HIV-infected children and 50 adults. Most of the residents have either been abandoned by their families or, as in the case of many children, have been left orphaned after their parents succumbed to AIDS.

Shiva was always quick to offer his help and support to the residents of Shanti Bhavan. He was particularly concerned about the children, all of whom were full of life, despite the harrowing illness they were fighting.

Since he was already working as a computer trainer at a Community Information Resource Centre in Vaithikuppam, Puducherry, he decided to use his skills to reach out to the children and adults at Shanti Bhavan.

Shiva volunteered to deliver computer classes at Shanti Bhavan and soon found himself surrounded by 40 enthusiastic students, aged 5 to 50, all eager to get their hands on the computers.

“It was truly exhilarating for me. The enthusiasm of these students, especially the children, warmed my heart,” says Shiva.

That was the first week.

Since then, every afternoon, Shiva unfailingly undertakes the incredible feat of carrying nine laptops, one projector and a camera on his motorbike to Shanthi Bhavan to conduct computer classes.

Shiva has found that young learners are extremely interested in making Powerpoint presentations and working on Paint.

Adolescents and young adults, on the other hand, are more inclined to learn video editing and other programmes that will ensure their employability.

“Students here have a strong desire to stand on their own feet and support themselves financially. Hence, I am planning to teach them Tally and Desktop Publishing so that they can get good jobs when they grow up,” explains Shiva.

One of Shiva’s students is 30-year-old Thiruvengadam. He was four years old when he had accidentally popped some sleeping pills and lost consciousness. When he was rushed to the hospital, the doctors informed his family that he was infected with HIV.

Thiruvengadam was infected with the virus when he was in the womb of his mother, who died when he was a child. When his father remarried, Thiruvengadam’s step-mother refused to take care of him and sent him to a hostel to study. When he came to college, Thiruvengadam learnt that the virus had spread, causing – among other things – extreme weakness. His doctor then suggested that he move to Puducherry.

“For the last one month, I have been receiving training in computers along with the other students here. It’s not only education but also entertainment. The medicines we take are very strong and they often make our senses weak, so memory training exercises are very helpful,” says Thiruvengadam.

All work and no play is not something Shiva believes in. He has promised his students that one day in a week will be spent playing games and watching entertaining videos. Multiplayer strategy games, such as chess, are often played among students.

“One of the adverse side effects of medication for HIV is weakening of a person’s memory. Therefore, strategy games and recreation activities help them enhance their memory power,” says Shiva.

In the last few months, Shiva has established a special bond with his students at Shanthi Bhavan.

When asked whether his family supported his decision to volunteer at Shanthi Bhavan as a trainer to HIV-infected children, Shiva confessed that he was indeed hesitant to inform them about it initially, especially given the taboo associated with HIV and AIDS in our society.

“In fact, it took me a week to gather the courage to tell my wife about it. To my surprise, she was not only happy but also very proud of my decision,” he beams.

Shiva is a trainer-cum-coordinator at Digital Empowerment Foundation’s Community Information Resource Centre in Puducherry. The decision to take classes at Shanthi Bhavan was his own but DEF is proud of him and supports him in all his endeavours towards digitally empowering the marginalised and underserved.

Next on Shiva’s list is to impart digital literacy to members of the transgender community in Puducherry.

Related posts
Kalle Bhai – A man of many stories
October 17, 2016
PCs are taking folk music from Rajasthan to a Global audience
August 1, 2016
Anita Devi wants to give a boost to her business
July 12, 2016
From Design to Sales – How Digitisation Is Empowering the Chanderi Weavers of MP
June 28, 2016
Lifting the burden of a debt
June 23, 2016
Intervention for equality
June 23, 2016