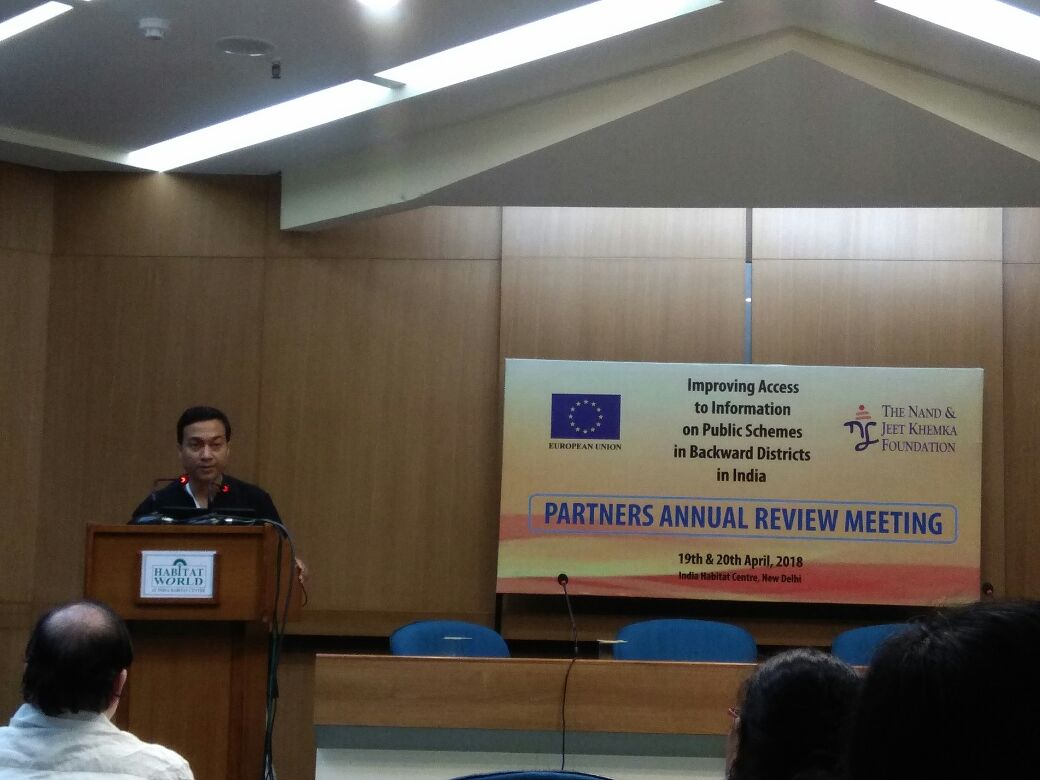 Soochna Seva, an initiative of DEF and the European Union, is implemented in five backward districts across five Indian states—Barmer (Rajasthan), Guna (Madhya Pradesh), West Champaran (Bihar), Tehri Garhwal (Uttarakhand) and Ranchi (Jharkhand). Initiated in 2014, the project is now in its fifth year of operations. On April 19-20, 2018, an annual review was organised in New Delhi to discuss ways of improving access to information about public schemes in backward districts of India. At the meeting, DEF presented its self-sustainable rural social entrepreneurship model called SoochnaPreneur and its supporting tool MeraApp that enables access to entitlements.

DEF also focused on the importance of local partnerships and collaborations with government departments, CSR groups, local bodies, civil society organisations and other relevant stakeholders who can together join hands to bring about changes within a community through a systematic mechanism of service delivery at the last mile. The European Union-supported initiative to enable access to public schemes and entitlements is active through partnerships with 14 organisations in 20 states, 60 backward districts, 100 blocks and 1,000 gram panchayats, thus reaching out to 2,500 villages.