The internet is for everyone

You are here:
November 24, 2017Leave a commentOsama's Columns in MintBy Udita Chaturvedi 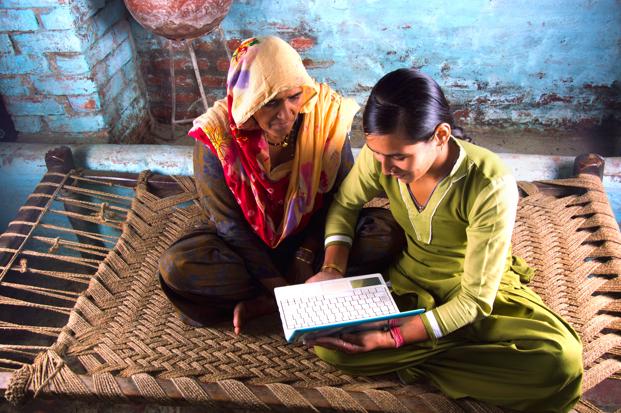 This article was first published in Mint on November 24, 2017.

Is the internet biased? Is the internet patriarchal? Why isn’t there equal participation of men and women online? Why are women treated as second-class citizens when it comes to phone ownership or access to connectivity? What is keeping girls and women away from accessing the digital world? Is it cost, is it education, is it culture, is it society or is it all of it—with deep roots in patriarchy?

Females make up for almost 50% of the world population; yet the proportion of women using the internet is 12% lower than the proportion of men using the internet worldwide, according to the ICT Facts and Figures 2017 report by International Telecommunications Union. At the same time, when women are given access to the same, they rarely fail to do wonders. No, I’m not saying that technology in the hands of men is useless. But let’s agree that women are better resource managers than men are—mostly because men have always shrugged their shoulders at work and women have been left with little choice but to manage, and manage well. Besides, it’s rightly said, “If you educate a man, you educate one person. If you educate a woman, you educate a nation.”

Earlier this year, while travelling to Puducherry, we visited an orphanage for boys and an orphanage for girls. There, we met girls and boys aged 14-17 (at the age of 18, the children are to leave the orphanage and start their lives on their own). We gave them laptops and mobiles and asked them to look up whatever they wanted on Google. While the boys looked up their favourite actors, regional flowers, video games and tourist locations around the country; the girls were seen looking up videos of mehendi art, beautician course tutorials, and videos of role models. The internet had found contextual relevance for each of these children, yet the girls were more forward thinking. Even at the age of 15, they wanted to plan for their future, while the boys were happy just listening to Bollywood songs, not bothered about turning 18 or fending for themselves. While one group believed that their destiny was in their hands, the other said que sera, sera (what will be, will be).

Yet, the ownership of a phone for a woman lies in the hands of the men in the house, community or village. A 2015 report by GSMA, a trade body which represents mobile communications industry worldwide, Connected Women, had highlighted that women in low- and middle-income countries are 14% less likely than men to own a mobile phone. Even as the internet has become a force multiplier and leads to social, cultural, behavioural, economic and even political improvements, close to 80% of India is still offline, said a World Bank report in 2016. Only 29% of India’s internet users are women.

This is primarily because of gatekeepers (read men in the household, community or village) who stand guard in front of women and become responsible for permissions—permission to use a phone, permission to own a mobile phone, permission to talk to friends and family, and permission to buy talk time. The latest GSMA report, Triggering mobile internet use among men and women in South Asia, further highlights: While all potential adopters recognize at least some benefits to using mobile internet, they typically feel ‘it isn’t for someone like me’. This perception is noticeably higher among females than among males.

With the years of patriarchal conditioning, women, too, often believe that the internet is of little use to them, ignoring completely the many opportunities a mobile phone or the internet offers.

The internet offers contextual relevance to every individual and community; and it is extremely important to bust the notion “It isn’t for someone like me”.

Mastanamma is a 106-year-old woman who has become a YouTube sensation. Married at 11 and widowed at 22, a resident of Gudivada village in Andhra Pradesh’s Guntur district, Mastanamma is now a video blogger. Her cooking videos have gone viral, with over 740,000 subscribers!

There are several philanthropic initiatives that are committed to bringing more and more women online and bridging the digital divide but a more institutional approach is needed to reach impactful numbers. These brilliant initiatives are not just exposing women to technology but also leveraging these new connected numbers for behavioural and social changes.

Let’s take the example of StoveTrace. According to the Global Burden of Disease Study 2010, four million people die every year of inhaling smoke and soot produced by cooking over traditional cooking stoves. An initiative of Nexleaf Analytics, StoveTrace is an affordable, easy-to-use mobile-phone-based temperature-sensing and monitoring device. It allows households to reduce their carbon footprint by incentivizing the use of clean cook stoves— over traditional biomass—in exchange of mobile credit.

Then there is MedHealth TV. Eight hundred women worldwide die every day of preventable causes related to pregnancy and childbirth. Twenty percent of them are from India alone. MedHealth TV offers easy-to-understand video-based messaging on pre-pregnancy, pregnancy, childbirth and post-pregnancy in several Indian languages.

Uttar Pradesh government’s Vikalp is an app that has tremendously helped women in the state to register complaints with the police easily, leading to not just smart policing and a re-established trust in the force.

Despite the fact that women in rural areas are warming up to using technology, there is still a long way to go. To connect the unconnected women of the world, a lot more is needed.

Osama Manzar is founder-director of Digital Empowerment Foundation and chair of Manthan and mBillionth awards. He is member, advisory board, at Alliance for Affordable Internet and has co-authored NetCh@kra–15 Years of Internet in India and Internet Economy of India. He tweets @osamamanzar.