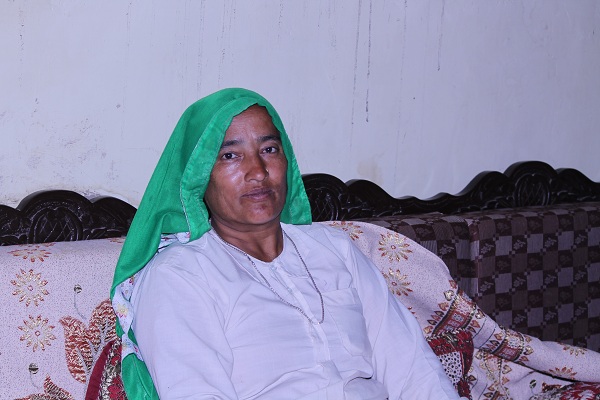 Rajkala Devi is the first-ever woman Sarpanch of her village, Hingwahera in the Alwar district of Rajasthan. Having grown up confined to her home and without any formal education, Rajkala has indeed come a long way. In the past, men in her village discouraged women from attending panchayat meetings or from even voicing their own opinions. Since Rajkala has come to power, she has successfully transformed these orthodox views. With a firm belief that girls’ education leads to a progressive society, she focusses her work in this area but doesn’t just doesn’t stop there. Under her able leadership, poor families have acquired ‘below the poverty line’ ration cards and everyone in the village have benefited from access to drinking water, road connectivity and sanitation. After winning the panchayat elections twice, Rajkala has inspired many women in her village to step out of their traditional roles and express their views more freely in front of men. She encourages women to participate actively in local politics so they can take charge of issues in their community and find long-term solutions to problems like alcoholism. Rajkala is a catalyst for change and admired by many.
Main story:She believes her confidence to approach district authorities for action on many proposals and issues come from her ward members’ constant support and belief in her capabilities.Today, as part of the UN Women and the Hunger Project, Rajkala works closely with the Mahila Jagrook Manch and values her achievements immensely. Women in her village acknowledge that had it not been for her, they would never have entered the Panchayat Bhawan.

Snapshot for Facebook:Rajkala Devi is the first-ever woman Sarpanch of the Hingwahera village in the Alwar district of Rajasthan. Women in her village acknowledge that had it not been for her, they wouldn’t have ever entered the Panchayat Bhawan, taken active interest in resolving local issues or become more confident about voicing their opinions freely. Rajkala is a catalyst for change and an inspiration for many.