Right to Privacy: What do the limitations mean and how will they impact you?

You are here:
August 25, 2017Leave a commentBlogsBy Udita Chaturvedi 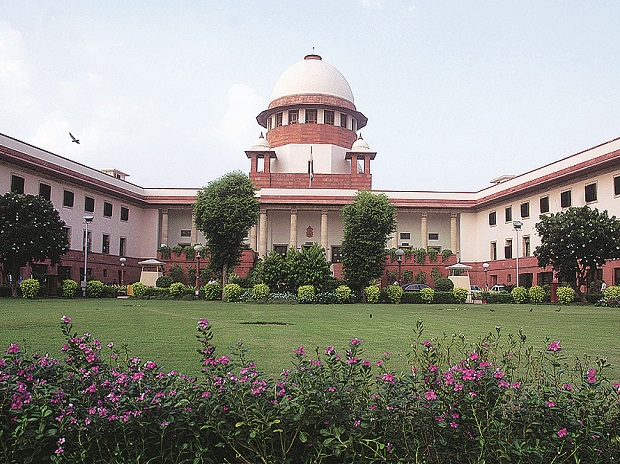 This article was first published in the Business Standard on August 25, 2017.

Supreme Court has ruled the right to privacy is a fundamental right protected by the Indian Constitution, in a potential setback to the government’s push to mandate Aadhaar for everything from the filing of tax returns to operating bank accounts. Now, with the battle lost, will the government uphold the verdict with all sincerity or will it find loopholes to get its way? The writers share their views on what comes after the apex court’s judgment.

Privacy has been upheld as a Fundamental Right. This is a victory we must celebrate. However, the judgment has also left open several questions that are yet to be answered. If privacy is a Fundamental Right, what does it mean for the LGBT community? What does it mean for the beef ban? Will it affect the Right to Information Act? Will the government still allow its citizens to question how their elected representatives are utilising public money for development? What will its effect be on Goods and Services Tax (GST)? What will be the fate of Aadhaar? Will people in rural India still need to provide an Aadhaar to receive their entitlements? What will happen to the biometric data of billions of Indians that has already been captured and linked to telecom, banking, and other services? Will the government have to seek permission from its citizens before using their personal data for any purpose? These and so many more questions are waiting to be answered even as we hail our Right to Privacy today.

More than half of India’s “illiterate” population cannot even read the Constitution, let alone understand its nuances. So, how does the state guarantee all its citizens understand their Right to Privacy and how does it promise to safeguard this privacy under the law of the land?
Earlier, during the proceedings, the government had made several attempts at defending its right to own and use, at its will, the public’s personal information. It accused consumers of providing personal data to private companies like Facebook and Apple without a fight, ignoring completely that consumer rights are different from citizen rights. It even went ahead to say that only “wrong doers need privacy” and that the “poor don’t need privacy”.
Terming the government’s submission that the Right to Privacy is an elitist construct as “unsustainable”, the court judgment on Thursday read, “The refrain that the poor need no civil and political rights and are concerned only with economic well-being has been utilised through history to wreak the most egregious violations of human rights. Above all, it must be realised that it is the right to question, the right to scrutinise and the right to dissent which enables an informed citizenry to scrutinise the actions of government. Those who are governed are entitled to question those who govern, about the discharge of their constitutional duties including in the provision of socio-economic welfare benefits.” This is a landmark comment that reminds the lawmakers that they cannot always speak for the masses and that simply because they’re sitting up in their hierarchy, they cannot snatch the rights of the poor in the name of serving them.
Our 70 years of development history has been a testimony to several laws and Acts that have been poorly implemented at a mass scale in the last mile. In several parts of the country, we have seen the questionable implementation of the Mahatma Gandhi National Rural Employment Guarantee Act (MGNREGA), Right to Education (RTE), Right to Food, and Right to Information (RTI), among others. What makes us believe that our Right to Privacy will not be restricted at the government’s whims and fancies?
Thousands of daily wage workers do not get their rightful wages for all of the 100 days of labour because of corrupt officials who pocket this hard-earned money. A nutritious mid-day-meal is still a farce at thousands of government schools across the country. Despite the RTE being in place, there are schools functioning with barely any infrastructure or even teachers in attendance. Proactive disclosure under the RTI Act is a law, yet Kerala is the only state that has implemented it. The first decadal study conducted after the RTI was implemented in October 2005 revealed that over 17.5 million applications had been filed, with one-fourth being requests directed to the Centre. This only highlights the amount of information, which should have been publicly available to citizens, that is hidden behind walls of massive paperwork. There are also ample cases where citizens have been denied information under RTI for vague and nonsensical reasons.
The government is notorious for breaking its own laws and this is worrisome. The fact that the government was leading the battle against privacy shows that India’s lawmakers do not want to grant citizens their privacy. Now, with the battle lost, will the government uphold the verdict with all sincerity or will it find loopholes to get its way? Let’s not forget that even though the Supreme Court struck down Section 66A, states have used Section 499 and 295A of the Indian Penal Code, which amount to defamation and outraging religious feelings of a group, against individuals for sharing “offensive” content on social media networks like Facebook and WhatsApp. Freedom of Speech is a Fundamental Right. However, we have seen more restrictions imposed on it probably than on any other Fundamental Right. Union Minister Ravi Shankar Prasad, while accepting the court’s judgment, has already stated that “even a Fundamental Right to Privacy has limitations”. What will these restrictions be and how will they affect you and me?
AadhaarPoorRight to EducationRight to FoodRight to PrivacyRTIRural India
Share this post
FacebookGoogle+Twitter
About the author

Related posts
In the age of social media, the credibility of content is an important issue
May 17, 2019
What will it take to bring India’s children online
November 15, 2018
Long road to Smartpur could be made much shorter
September 1, 2018
What’s the way forward?
July 20, 2018
India’s ‘let’s ban it’ approach to anything that makes it uncomfortable online is a violation of human rights
April 30, 2018
With the worst 4G speed in the world, is India just chasing headlines on digital economy?
February 23, 2018