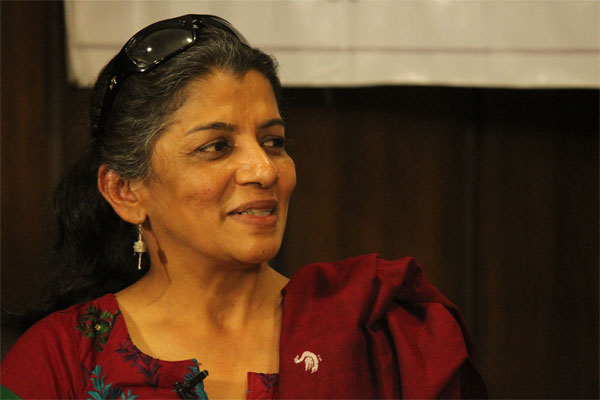 A dental surgeon by profession, Ritu Biyani has several feathers to her hat. The first Lady Officer Paratrooper from the Indian Army’s dental corps, she served as Captain in the army for 10 years until she decided to become a full time mother for her daughter. Ritu’s entire world changed the day she was diagnosed with high-risk breast cancer. Worried about her eight-year-old daughter’s future, Ritu decided to keep her calm and resolved to fight the disease. At the age of 40, she braved two surgeries and 6 cycles of chemotherapy with the support of her family. The post chemotherapy sessions continued for five long years. During her treatment, Ritu realized that while she had many misconceptions about breast cancer many other people were not even aware about the basic preventive measures that exist to fend off the disease. Once she got better, Ritu resolved to commit herself to the cause of cancer awareness. Post recovery in 2006, Ritu set her dreams into motion by setting up her own foundation-Highways Infinite. By driving a distance of 30,220 kms in 177 days, her daughter and she travelled across India conducting breast, cervix and oral cancer awareness camps, educating people about the preventive measures and offering details about supportive care to the patients. Today, Highways Infinite has provided care to over 70,000 cancer patients. Ritu’s journey is beyond the ordinary and she is a true inspiration for all Cancer patients.
Ritu has her own dental practice in Pune and continues to be a dynamic cancer activist representing the country at various international events and conferences. Ritu’s inspiring work has received accolades from the Indian armed forces, various state governments, the TATA Memorial Hospital & Cancer Centre and more. She is the first woman from the traditional Marwari community to join the army and a certified mountaineer and skydiver.
Ritu Biyani is the first Lady Officer Paratrooper from the Indian Army’s dental corps, a certified mountaineer and skydiver. She was diagnosed with a high risk Breast Cancer at the age of 40. Shattered and extremely worried about her 8-year-old daughter’s future, she braved the fatal disease for five long years and successfully overcame it. Today, through her own foundation- Highways Infinite, Ritu has travelled over 30,220 kms across India spreading awareness about cancer.