Are we aiming for Digital India or Archival India?

You are here:
January 19, 2018Leave a commentOsama's Columns in MintBy Udita Chaturvedi 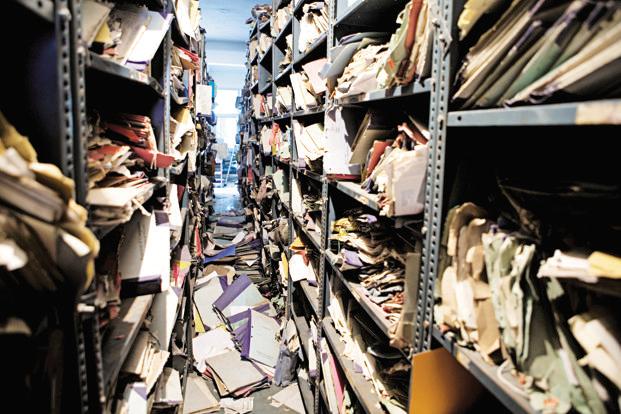 This article was first published in Mint on January 19, 2018.

Last week, I was sitting with the deputy high commissioner of one of the foreign missions in India and discussing India’s development projects when our conversations veered towards Digital India. He shared a recent encounter with a not-so-digital Indian government enterprise.

The diplomat had to send his daughter unaccompanied on an Air India (AI) flight, for which he was required to visit the airline’s nearest office and submit a hand-written form. Once he submitted that, AI personnel on the desk told the deputy high commissioner that he had to fill out four copies of the same form for different records. There was no option to scan the first form or use a carbon copy for the other forms. After completing the tedious process of filling in five forms, when the diplomat gave the forms back to AI personnel, he was surprised to see the latter manually entering each detail from the form into a computer. This in the age and noise of Digital India!

This reminded my colleague at the meeting of the inconvenience a friend had to face to help his mother—who’s been working in the US for the last couple of years—get a No Obligation to Return to India (NORI) certificate from the ministry of external affairs (MEA). Ironically, a person who is residing in the US can only get a NORI certificate once the MEA completes a series of verification and confirmation processes in India, for which ideally the applicant—or one or more representatives of the applicant—must be present in India. All hard copies of 20-odd necessary documents have to be submitted by the applicant/representative to the MEA, along with three copies of each. This application, though initiated online in the US, follows through a manual offline process in India. On behalf of his mother, this Chennai-based person had to obtain a no-objection certification (NOC) from a university in Agra, for which a request from the MEA Branch Secretariat in Chennai was sent by post. A couple of weeks passed, the friend was informed that the mail had been lost after being received by the university. A few weeks later, it was finally received by the university and then returned to Chennai by post. Once received by the MEA, the friend was asked whether he could courier the final documents to his mother in the US rather than wait for MEA to post it—a process that could take up to 15 days.

Earlier this month, I had to open a new bank account and the form, along with its copies, had to be filled by hand and submitted in person.

Similarly, this week, I was required to fill in a form by hand for a State Bank mutual fund scheme. Shouldn’t banks be one of the first institutions to go digital? When the Amazons of the world are willing to take digital signatures, why aren’t our banks? Anyway, who matches signatures on every document and cheque with the ones stored in their records?

Even for a Schengen visa—among many other visa applications that require stacks of paperwork—though the form can be filled electronically, it has to be printed and submitted in person. Whether getting a new SIM card or applying for a new government scheme, there are multiple ID proofs that are required by the issuing authorities. You will be surprised, and not pleasantly, if you try and calculate the number of man hours that are put into offline processes for online processes, simply because our processes are not integrated and government databases not linked to each other.

It seems like our eGovernance relies more on scanning and photocopying rather than on actual database integration and management. Most documents that are being uploaded on government websites are being uploaded as scanned PDFs of the original reports. Does the government understand what Digital India is or does it think that merely digitalization means digitizing India?

Our government websites are just an archive of digital formats of printed pieces of information. Their character hasn’t changed, neither has their appearance.

I wonder what we are aiming to be, Digital India or Archival India?