Script-Agnostic Media Can Empower The Illiterate

You are here:
February 20, 2019Leave a commentDigital FootprintsBy Udita Chaturvedi 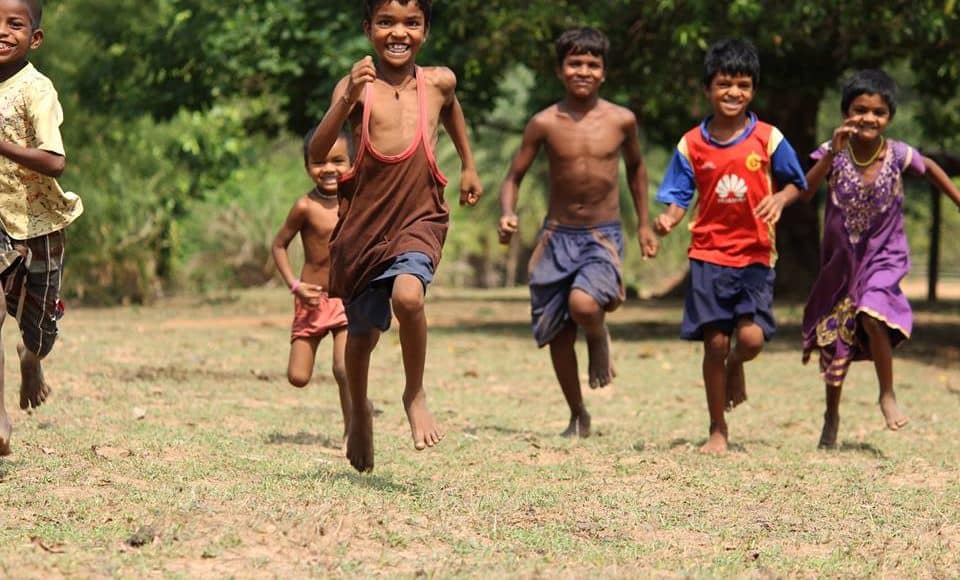 A version of this article was first published on NewsCentral24x7 on February 20, 2019.

By Osama Manzar and Rama Dwivedi

A low literacy rate, especially in the rural India, has for long kept people devoid of any information. But with the advent of the Internet, is there a possibility that the gap can be bridged?

About 60 per cent of India still lives in rural India. While Internet penetration has been growing, especially in the last couple of years, as much as close to 70 per cent of the population still does not have access to the Internet. Their digital disconnect tells a sordid saga in times when the government rolls out all communication related to rural schemes and information on their websites and other digital platforms.

Most of the poor in India do not even receive a fixed remuneration, let alone a retirement plan that deducts automatically from them. Approximate median income of daily wage earners in India would be around Rs 200 a day. Living on that amount of money a day means one has limited access to information—newspapers, television and books all cost money—and so often one just doesn’t know certain facts that rest of the world takes as given. Lack of information, in this case, means living in a world whose institutions are not meant for you.

Unlike merely reading texts and only consuming information, Internet literacy also opens door to a more conversational, two-way approach.  The parameter on which functional literacy is measured – being able to read, write and understand at least one or more languages—restricts information flow in the hands of a few, rendering close to 30 per cent of the population illiterate as per the government records. Even as the government puts the national literacy rate at close to 70 per cent, the functional literacy rate would be even lower in the country. It also means not attaching value to what close to 500 million people have to share with you, the world. This puts on backfoot several hundreds of tribal and folk dialects, arts and traditions that have only been preserved orally for generations.

Gondi, a South-Central Dravidian language in India, is spoken by close to three million people of Gond ethnicity. Although it is language of Gonds, only a one-fifth can speak the language, putting on verge of extinction the rich folk literature that survived through marriage songs and narrations till now.  There is also certain unwillingness on part of the younger generation in learning the native language as they mostly migrate to cities looking for better opportunities leaving the age-old livelihood practices. However, pages on social media sites like ‘Humans of Gondwana’ (Facebook), ‘Gondwana Events’ (YouTube) are trying to give new lease of life to the culture. Run by locals, these pages are telling the world stories from a communities’ perspective, their day-to-day lives and major Gondi events.

However, India is a country of 22 official languages; and a total of 19,500 languages or dialects that are spoken in India as mother tongues — not all of them even have scripts. Bhili/Bhilodi, spoken in Rajasthan, was the most spoken unscheduled language with 10.4 million speakers, followed by Gondi with 2.9 million speakers. Among the official languages, too, barely a handful are languages in which content is available on the Internet.

Around the world, the rural and villages’ folk societies have depended on the oral traditions for centuries for information dissemination from generations to generations. The behavioural knowledge of folk society, Traditional Forms of Communication explains, is based on word of mouth and not on written scriptures and that the way of life in folk society is simple and less systemised. Writer Mckim Marriot refers to it as ‘little tradition’, which consists of the folk artists, unlettered peasants, medicine men, riddles, proverbs, stories, dances and so much more.

In such an English-dominating virtual world, where technology, too, is largely developed and designed by native English-speaking persons, how do the oral or illiterate communities become a part? How do they become digitally literate, and how do they become conscious consumers and producers of indigenous and relevant content?

There is no denying that with the help of basic digital tools, people can be empowered to tell their own stories, beating long-set information exchange criterion of being able to read and write one or more script. By using the medium of spoken words and audio-visual story-telling, masses are better placed in the current information economy. These ‘masses’ include the 3.5 billion people who are yet to get online across the world and access the opportunities that the Internet has to offer. This is the same excluded population that is largely “illiterate” in the contemporary sense and at the bottom of the pyramid.

With an increasingly high penetration of mobile phones, Digital Empowerment Foundation while working in several villages has seen how sustainably people can now use oral medium-based technology and tools such as social media, YouTube, Facebook, podcast, WhatsApp, Skype, voice and video messages and so on.

Not just preserving traditions but creative use of the new media is also giving voice to the unheard.

With a little technological interference—using mobile phones that have evolved into great audio-visual tools and have become definitive everyday part households across the globe—people are increasingly sharing their stories. A platform for the community, by the community also enables people to take control of their narrative to a larger extent.

And that is what makes it imperative to include the excluded—those who yet to get online, those are part of the oral and illiterate society—in to the digital world with not just digital literacy, but with media and information literacy (MIL) to ensure that they do not just become consumers of information but become can consciously and judiciously access, organise, analyse, evaluate and produce information. The transformative nature of IML includes creative works and creating new knowledge; to publish and collaborate responsibly requires ethical, cultural and social understanding.

Why is this particularly important for India? Well, even as India boasts of over a billion mobile subscriptions, only 27 per cent of Indian use smartphone, according to CISCO’s 13th annual Visual Networking Index (VNI). A few new smartphone users are being added on a daily basis. At our workshops, trainings and field visits, we come across so many persons who have never been to school or dropped out young, who didn’t have a smartphone until a year or two ago, and yet have become technologically savvy. They’re looking up maps to navigate, cabs services to hail a ride, government websites to apply for schemes, new apps to watch movies, and Google for almost everything.

Just imagine a nervous system like mesh of information packets that the Internet is providing right now and what will become of it if the people considered ‘digitally illiterate’ too start contributing their bit to it. How many oral histories will be preserved, how many art forms will live to see the light of another century and how many deprived communities will be heard.

In such a scenario where the entire world is online, where the oral community and the “literate” community have equal opportunities, will traditional literacy and script still matter? I wonder.

This realisation pushed Digital Empowerment Foundation to design and develop START, a digital and media literacy that focuses on digitally including the oral and illiterate communities, the first-generation of technology users, residing in rural, remote and tribal locations of India. How do we do this? We use a lot of games, activities and non-digital approach to learn about the digital world. The students draw parts of a computer on a chart paper before they actually go on to touch one. This familiarises them with technology lest they ask, “Will I get an electric shock if I touch it?” or “I am scared I’ll break the laptop is I touch the laptop”. We use memory games to familiarise the learners with various software, applications and icons on a computer. We use traditional offline campaigning approaches to explain how one can translate the same on social media. We use the popular Indian board game of snakes and ladders to create awareness about online security and safety measures. We use audio-visual media to understand the problems of misinformation, hate messages and stereotypes that have become the evils of the Internet.

And we see our success when a 60-year-old folk musician, who cannot even pen his name, from Rajasthan uses his smartphone to record his songs and create a digital archive of his culture, tradition, art, geography, history and language through his voice. “My brain can store over 500 songs, can your memory card do the same,” he had asked on his first day at training.

[easy-tweet tweet=”In such a scenario where the entire world is online, where the oral community and the “literate” community have equal opportunities, will traditional literacy and script still matter? I wonder,” writes Osama Manzar in @nc24x7″]
Digital LiteracyMedia & Information LiteracyMILOral Languages
Share this post
FacebookGoogle+Twitter
About the author

Related posts
The Digital Stories of Fishermen Community of Chirala
October 12, 2021
Arif is gone, he succumbed to the second wave of COVID-19
May 23, 2021
Digital Citizen- Strive for Human Peace
October 28, 2020
From Benign Web to Misinformed Internet, are we prepared?
October 28, 2020
Social Divide Persists Digital Divide
October 28, 2020
The New Language of Symbols
October 28, 2020