A travelogue from the Little Rann of Kutch 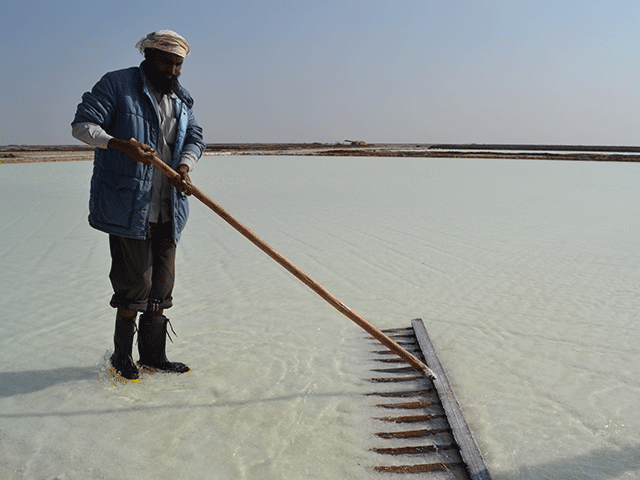 Kutch is  massive region extending all the way to the Pakistan border. It is divided into two parts, the Little Rann of Kutch and the Greater Rann of Kutch. They are ecologically different.

The Little Rann of Kutch is spread across 5,000 sq. km. It turns into a desert for eight months (October to April), and is submerged for four months (May to September) when the sea water from the Gulf of Kutch inundates the entire region. The whole region was permanently underwater once, but over time the water receded, exposing the land. One can still find remnants of wrecked ships in the desert. Back in the day, there was also a famous trading port here, but that’s long gone. In 1972, the Little Rann of Kutch was declared a wildlife sanctuary, home to endangered Asiatic Wild Asses.

The Greater Rann of Kutch, as the name suggests, is a much larger area. It is not entirely a desert, neither does it become inundated like Little Rann of Kutch.

The point from where the Little Rann of Kutch starts, one encounters a milestone that reads ‘0 mile’. Past ‘0 mile’, roads disappears, opening endless empty desert as far as one can possibly see. There is no concept of distance and space here. Kilometres upon kilometres are gobbled up in a matter of minutes. Wherever you go, it is hard to distinguish one spot from the other. The infinity and seamlessness of the region is extremely disorienting. If one is not familiar with the terrain, then losing one’s bearing is a given.

Driving in the desert comes with its own caveat. One has to give a wide berth to the vehicle coming from the opposite direction, because the loose mud has a tendency of blinding the drivers, leading to accidents, especially in the summer.

Little Rann of Kutch is truly a ‘zero connectivity’ region. Toss your smartphone in your pocket, because you will have no use for it till the time you are there. So never tread into the desert without food and water. If you get stranded for some reason, then you may not find any help for hours. It could be life threatening because the temperature crosses 50 degree Celsius during the day, and drops to below zero at night, making the living conditions not really ideal.

It is here that the Agariya community has been extracting salt from the seas for the last 700 years. It is their janmabhoomi and karmbhoomi.

Agariya families are sparsely settled all across the desert. One Agariya shack will be kilometres away from another. To address the communication issue in this zero connectivity region, they have learned to communicate the reflection of light on mirrors. A person in one shack will point and reflect sunlight through the mirror, which is visible to the other shack at a distance.

‘Agar’ means ‘salt’ in Gujarati; and ‘Agariya’ translates to ‘salt farmers’. There are conflicting opinions regarding whether the Agariyas are a tribe or a community. Some say they are a denotified tribe, others are of the opinion that it is a backward community that comes under OBC category. Hindu sections of Agariyas constitute many castes, right from higher caste of Brahmin to several lower castes. Muslim Agariyas, meanwhile, live further into the desert.

The Little Rann of Kutch gives Agariyas a sense of purpose in life and dignity. Here, they are the masters of their own destiny, making salt and sustaining themselves. Even though salt farming is an expensive preposition, costing a few lakhs, for which they have to take loans from money lenders; and they sell their salt to big companies at the mere rate of Rs. 60 per tonne, that barely cover their expenses. Still, they feel, this is better than working as menial labourers by relocating to far away villages when the desert is inundated by sea water.

The lives of Agariyas revolve around salt farming; when they are not farming, they are waiting to get back into the desert for farming.

There are about 3,000 Agariya families in the Little Rann of Kutch producing salt in the radius of 5,000 sq km, but for the government they don’t exist. There are no records of their existence, because it is an officially unsurveyed region. Ironically, 72 per cent of the salt consumed in India comes from this region. During the British times, even trains were operating here, carrying salt out of the region and into the mainlaind. The rail track is now defunct.

For centuries, the Agariyas, wild asses, birds and other animals in the region have co-existed in harmony, and depend on each other for survival. Their temporary homes built with sackcloth, organically lends itself as a natural refuge for sparrows to build nests. Wild asses live around Agariya families for water in peak summer. However, ever since the Little Rain of Kutch has been declared a wildlife sanctuary, Agariyas have become ‘trespassers’ in their own land. It is believed that they may be a threat to the endangered Asiatic Wild Asses.

Besides their existential issue is the concern for children’s education. Due to constant displacement and hand-to-mouth source of livelihood, the children of Agariyas rarely go to school. Most of the Agariyas are illiterate. Whatever little they are learning is through a few hours that they spend every week at makeshift schools, which have been established with sack cloth in the desert.

The State Bank of India has sponsored tent schools under Sarva Shiksha Yojana. There are around 17 tent schools operating in the radius of 35 sq. km in the desert. The teachers are sourced from government schools from nearby villages. They are responsible for running these schools, each of which accommodates 10-15 children from nearby Agariya families.

Digital Empowerment Foundation, in collaboration with the Agariya Heet Rakshak Manch, initiated Zero Connect in 2017 under Phase VII of its Wireless for Communities project.

Zero Connect is an innovatively designed initiative to bring broadband Internet connectivity from far flung locations to different parts of the Little Rann of Kutch through diverse wireless technologies, line of site and unlicensed spectrum — via a specially designed vehicle that comes equipped with LCD screen, tablets, printer, rooftop solar panels, back up batteries, 5-metre tripod-based antenna tower with dish antenna. The dish antenna can rotate at 360 degrees and align with available broadband Internet tower at the periphery of the Little Rann of Kutch. As the van drives around the region, it reaches out to individuals, households, groups, schools, health centres and panchayat ghar, among other institutions, providing digital literacy, digital services and access to wireless Internet connectivity.

To facilitate this mission, Internet connectivity has been established in the region by setting up a tower in Zinzuwada village on the edge of the desert. The mobile van and its built-in mini tower then receive point-to-point signals from the tower in Zinzuwada. The van covers more than 100 km every day in the desert, surveying households and providing digital literacy to the children of Agariyas at their makeshift schools.

The wireless van visits these schools and a team of trainers conduct digital literacy classes for the children. The moment children spot the wireless van coming from a distance, they can barely contain their excitement. All of them run out and besiege the van. The digital team is like Santa Claus for them. They bring YouTube stories for children from faraway land. These stories entertain them, and give them knowledge and hope. The digital team provides them with tablets, which is a window for experiencing the wonders of technology for them.This is one of the motivations for the children to walk barefoot on hard cracked desert to come to school, walking for often a couple of kilometres or more.

As for the survey team, it has so far maintained a target of surveying at least seven Agariya families every day, understanding their socio-economic conditions and marking them on the map. In the ongoing season, around 1,500 of the 3,000 Agariya families are expected to be surveyed, proving to the world their existence.

Over the years, basic necessities like health, drinking water and education have become slightly more accessible to the Agariyas in the desert, but mostly on account of their innovative frugal approaches. Agariyas pump salt water out from the ground with the help of motor, which runs on diesel. Fresh salt water is colder, around 16 degree Celsius; to extract salt the water needs to be warmer, around 30 degree Celsius. So three to four reservoirs are built, which are connected to each other through a narrow drain. Salt water is then very slowly passed from one reservoir to the other, making it warmer and denser under the beating sun. The whole process takes a few months. Water begins to turn into salt when it reaches the final reservoir.

There are two kinds of salt produced by Agariyas – crystal salt and karkash (fine) salt.

Salt farming has also become more expensive for Agariyas because of the cost of diesel. The motor has to run throughout the day, constantly pumping out salt water. Its impact on environment is another issue. Though there is a government scheme that encourages the Agariyas to install solar panels to reduce the use of motors, its adoption is really low.

According to the Indian Forest Act, the Little Rann of Kutch belongs to the Agariyas. Nobody can drive them out of their homeland. They complement the survival of Asiatic Wild Asses in the desert, as much as other forms of life. Once, indigenous production of salt defined the freedom movement in India, exemplified by ‘Dandi March’ undertaken by Mahatma Gandhi. Salt farming defines Agariyas. It gives them respectability, dignity and a purpose in life. They are contributing immensely to the Indian economy, and they deserve their due, and right to exist.