Abhinav Pandya is a SoochnaPreneur (Information Entrepreneur) from Guna, Madhya Pradesh. He has been working on the ground to ensure the community’s safety from the corona virus by delivering money to their homes from the schemes that the government has put in place for them. 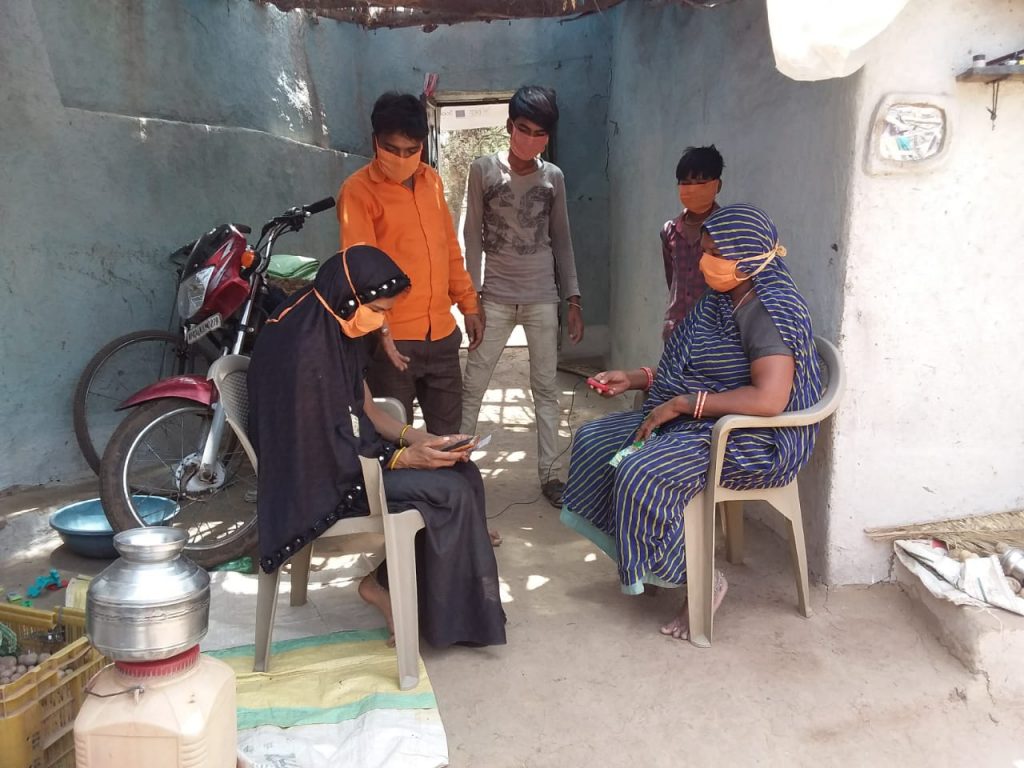 Abhinav Pandya is a SoochnaPreneur (Information Entrepreneur) from Guna, Madhya Pradesh. He has been working on the ground to ensure the community’s safety from the corona virus by delivering money to their homes from the schemes that the government has put in place for them. Many of them, whom Abhinav is helping, didn’t even know that such schemes existed; he informs them of their entitlements and helps them avail the same online. By providing banking services at doorstep, he is helping the villagers practice social distancing, the most important requirement to stop the spread of the virus. He made a few observations faced by the community members to avail the government entitlements and how Abhinav along with other SoochnaPreneurs managed to tackle the issues.

Here is a translation of his observations which were originally written in Hindi. The original text is appended below.

In the Guna district of Madhya Pradesh, villagers are forced to travel 5 to 10 kms to avail the ‘Pradhan Mantri Garib Yojana’ to the nearest banks from their villages. They are eligible for schemes such as the “Jan dhan” account which gives them Rs. 500 and the “Ujjwal Yojana” which gives them Rs. 799.50. In some cases, travelling by foot is the only option and to even more distant locations than just within the 5 or 10 km radius. If not by foot, the villagers have to go by two-wheelers taking along another family member.

As a consequence they spend most of their day in front of banks, harangued by thirst, hunger and fatigue from standing in queues in the heat. Alongside all of this, we witness the ironic but inevitable destruction of social distancing caused by the crowds gathering to collect the meagre sums.

And yet we see that most people are unable to avail the schemes As a consequence Rajaram ji and I called an urgent meeting with the other SoochnaPreneurs in the area on the zoom app.

During the discussion, the members presented their own problems in their respective fields and keeping the bank and commute issues in mind, we devised effective measures to resolve them.

As a result, I asked Rajaram ji to contact bank ID distributors amongst whom we spoke to the director of Eko India Finacial Services Pvt Ltd and he informed us about the possibility of using our IDs through mobiles, laptops, as well as desktops; although activating each ID would cost Rs. 1154/-.

So when we told him about the work done by DEF and our intent of registering 10 IDs at a time, he agreed to charge Rs. 954 per ID. Thereafter, we discussed it with our team and we decided to go ahead and register these IDs and Shyam Sharma (Myana), Rani Kushvah (Mata Mudara), Naval Kushvah (Chachauda), Santosh Ojha (Araun), Purushottam Chhakad (Umadi), Bunty Kiror (Jhagad), Bhure Singh Kevat (Radhagarh), Rani Yadav (Budadongad), Rajaram Dhakad (Bhidra) were registered as bank correspondents.

The advantage derived from this was that being part of the DEF community, these people were easily able to withdraw money and give it to other members. The elderly especially have benefitted substantially from this.