Digital story of drought and death 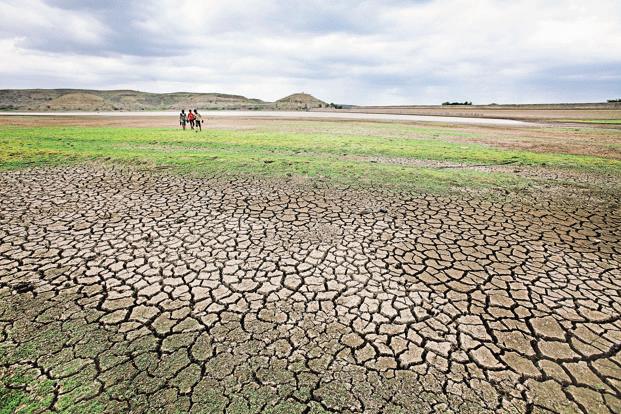 This article was first published in the Mint newspaper on July 6, 2016.

At least 330 million people are affected by drought in India, according to data submitted by the government to the Supreme Court earlier this year. And, more than 116 farmers have committed suicide due to the agrarian crisis in the first three months of 2016. According to official figures, as many as 10 states are reeling under drought. But unofficial figures and experts say that the size, extent and impact of the drought is far worse. However, it seems that the government is not ready to accept that this is one of the worst droughts in the history of India.

The India Meteorological Department (IMD) has predicted an above-normal monsoon this year. Whether or not that forecast proves true, we’ll only know in the course of time.

We run a few Community Information Resource Centres (CIRCs) in drought-affected districts of India. Out of the total 161 CIRCs across the country, one is in Latur (Maharashtra), a district that has been suffering from the consequences of a drought for the last three-four years. And this year has been no different.

Since January, 560 individuals, mostly children and women, have gained digital literacy at our Latur CIRC. Most of them come from families that have been affected by the ongoing drought in the region. Yet, the children make it a point to visit the CIRC almost daily. For some, it’s a chance to get away from home for a while, to get away from the miseries related to drought. For others, it’s a tool of empowerment that shows them a brighter future.

To prepare a substantial report, we encouraged the local staff and students from the Latur CIRC to do a detailed recce of the region, trace the problems related to drought, and come up with solutions or recommendations.

Each of these villages has an average population of 3,500, with 90% of them solely dependent on agriculture for livelihood. The struggle for water has become so intense that farmers are paying the price with their lives. The results of the recce show that farmers had taken their lives in at least six of these nine villages, including Panchincholi.

Panchincholi is a small village in Nilanga block of Latur district in Maharashtra. The population of this village is around 5,000, and most of them are engaged in agriculture. On 6 January, 38-year-old Tukaram Digambar Jadhav committed suicide. He was a farmer, and is survived by his father, mother, wife and three daughters. Depressed about the fact that he was unable to provide even one proper meal a day, and burdened with debt, Tukaram decided to end his life. Though the government has granted his family compensation, it seems like a short-lived consolation as his children are too young to work and his 65-year-old father is too old to sustain the family.

Another case study from the Latur CIRC is of Govind Manohar Chaame who recently met with the same fate.

The 41-year-old farmer committed suicide on 21 March in Anandwadi Gour village of Nilanga block. Govind is survived by his father, mother, wife, a 14-year-old daughter and a nine-year-old son. On account of the drought, Govind had been unable to make ends meet. He was forced to sell his cattle because he could not afford fodder for them. The looming debt, lack of produce year after year, and no hope of a better future eventually forced Govind to take his own life.

These stories represent the sorry state of affairs across villages in Maharashtra.

Based on the recce, the students have identified the following as some of the major consequences of drought—lack of water for basic needs, irregular supply of drinking water by government authorities, supply of unhygienic water, shortage of fodder for cattle, unemployment, health issues and lack of awareness about water conservation schemes. The non-implementation or ineffective implementation of the Mahatma Gandhi National Rural Employment Guarantee Act (MGNREGA) in most of these villages just adds to the woes.

Shrishti Suresh Suryavanshi, one of the 35 digital literacy girl students at Digital Empowerment Foundation’s CIRC in Mudgadh village, another drought affected area, says, “The village is suffering from extreme water shortage. People are provided borewell water once in three days. Villagers are not even sure if the water they are being supplied is fit for consumption.”

The students who carried out the recce have come up with a list of recommendations including inspection of water sourced from borewells and tankers; non-profit organizations/civil society groups/voluntary organizations should acquire a few borewells and take responsibility of distributing water to the people; regular supply of water from borewells; doctor visits to check spread of any water-borne disease; solution for fodder shortage must be found; temporary water booths should be made available for the public but care must be taken for their judicious utilization; and more awareness about water conservation and MGNREGA.

These are recommendations by people who had not seen a computer or accessed the Internet until a few months ago. They are regarded as uneducated, yet they have come up with solutions that could put Latur and its adjoining areas out of their misery.