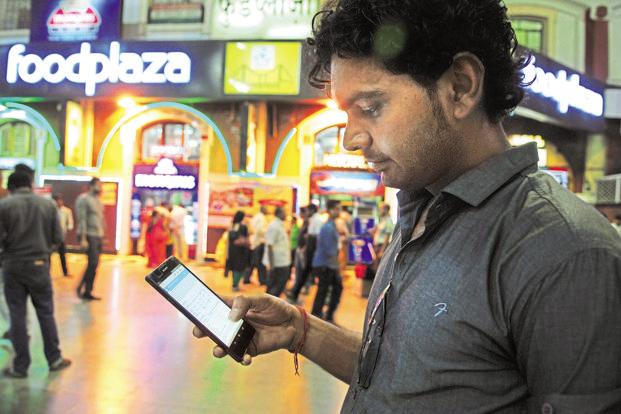 This article was first published by Mint newspaper on August 10, 2016.

Remember the days when we had public call office (PCO) booths on almost every street in our cities? They helped create jobs and entrepreneurs, besides providing an easy way to make calls. While PCO booths have become redundant with a mobile penetration of 1 billion subscribers (as per the Telecom Regulatory Authority of India’s numbers, as of January 2016), perhaps it is time to replicate the PCO model with Wi-Fi booths.

Internet access is still not available to more than 80% of the country—according to a recent World Bank report, more than a billion Indians are still offline—in an easy and affordable manner. The Wi-Fi booths could work as Internet access points, just as PCOs did for telephones, and can be made sustainable through a paid model.

Additionally, a public Wi-Fi system will enable last-mile connectivity by extending access to people to go online and access information. Public Wi-Fi can democratize digital access if communities, individuals and micro enterprises set up Wi-Fi hot spots at various locations for use by the masses.

Despite the problem of last-mile connectivity and an Internet penetration of only 34.8% (according to Internet Live Stats), India has not yet tried the public Wi-Fi system at any significant level. As per data published by iPass and Maravedis Rethink, a global Wi-Fi service and a wireless market research and analysis firm, respectively, India has only 31,518 Wi-Fi hotspots despite a population of over 1.2 billion people. Of these, almost 13,000 are at hotels.

On the other hand, countries such as France (which has a population of 64 million) and UK (which has a population of 66 million) have a significantly higher number of Wi-Fi hot spots at 13 million and 5.6 million, respectively. According to a Telecom Regulatory Authority of India consultation paper released last month, though India represents one-sixth of the world population, our share of Wi-Fi hotspots is less than 1/1,000. This is a disappointing figure.

The Bihar government recently decided to make all colleges public Wi-Fi hot spots. There are more than 1.4 million government schools in India, and 759 universities recognized by the University Grants Commission. Perhaps they too can introduce the public Wi-Fi.

Additionally, the government claims there will be more than 200,000 common service centres (CSC), a cornerstone of the Digital India programme, by December 2016. Let’s say if even 50% of them are functional, can they become public Wi-Fi hot spots as well?

These are many opportunities to make India a more connected nation but a major hurdle stopping the establishment of paid public Wi-Fi systems is the stringent security and regulatory apparatus surrounding the Internet connectivity ecosystem. If one wants to put up a connectivity tower in a village, there are too many rules. If the dream to connect India is for real, then complete liberalization or at least a fast-track processing of applications is the need of the hour. Every individual, office, public institution, shop, society, academic institution or not-for-profit organization should be allowed to set up a public Wi-Fi system and run it as a social enterprise.

If someone buys a 2mbps line, they should get a step-by-step guide (with necessary equipment) to convert this line into a public Wi-Fi system. Wi-Fi hot spot owners can then charge users through a paid model, a freemium model—in which a product/service is provided free of charge initially but money is charged for proprietary features or continued usage after a limited period, or even an advertisement model.

And this isn’t anything new. It’s something that we have already tried at 56 locations of India through Digital Edge Foundation’s (DEF) Wireless for Communities (www.wforc.in) project. Creating a public Wi-Fi system at these locations has not just provided the common man easy access to the Internet but also opened up opportunities for jobs, entrepreneurship and entitlements.

In Baran district of Rajasthan, we have established a 200km network, connected to a local server. This way even if the Internet is down, the community can share content and access content through the local server, thus creating a system of intranet or community Internet .

Chanderi, a municipality town in Ashoknagar district of Madhya Pradesh, is known for its silk sarees. Our purpose of providing a public Wi-Fi system in this cluster was to empower the 3,500-strong weaver community that is always on the lookout for information related to weaving, designing, market access, prices and e-commerce, among other things.

To meet these challenges, including regulatory requirements, we created a small training centre in Guna where we provide three months of wireless network engineering training to anybody who is genuinely interested in becoming a barefoot network engineer. So far, we have trained more than 50 wireless engineers.

A public Wi-Fi system is extremely crucial for India, as it can meet the information and access needs of underserved and marginalized communities. However, to successfully implement the public Wi-Fi system, deregulation of all restrictive practices is important.