The humane face of crowdsourcing 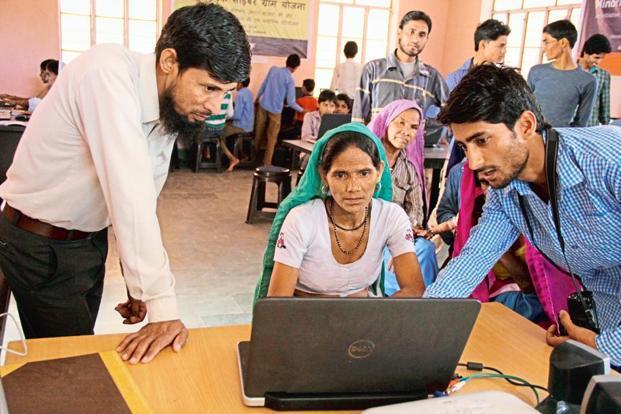 This article was first published in the Mint newspaper on September 25, 2016.

Eighteen-year-old Ajay Kumar, a resident of Sahupar village in Basti district of Uttar Pradesh, wanted to pursue engineering. He passed as many as six entrance examinations, including UPTU (Uttar Pradesh Technical University), but his family could not afford the fees.

Kumar was the only hope for his family after his father, a stonecutter by profession, was diagnosed with tuberculosis, which impaired his ability to contribute to the household income. Determined to pursue his dreams, Kumar approached two government banks for an education loan but was denied by both because of his family’s poor financial status. When retired colonel K.C. Mishra, who works in the village as a social worker and counsellor, heard about Kumar’s distress, he approached Yuva Vikas Samiti, a local non-government organization.

B.K. Pandey, the general secretary of Yuva Vikas Samiti, who has attended several workshops that Digital Edge Foundation (DEF) organized in Uttar Pradesh on the use of social media, decided to reach out to his friends and followers on all the social media platforms that he was using—Facebook, Twitter, LinkedIn and WhatsApp—to seek funds for Kumar’s education. Pandey posted a message on Kumar’s plight and within hours, contributions started pouring in. In about two days, Pandey managed to raise Rs3 lakh. Today, Kumar is pursuing engineering at Buddha Institute of Technology in Gorakhpur, Uttar Pradesh, thanks to the successful crowdfunding campaign.

Let me tell you another fascinating story of an orphan girl who got married because of digital interventions in her life.

In July, we were conducting a workshop in Hyderabad where about 36 non-profit organizations had gathered to learn how they could use various digital and social media tools for better outreach and to improve fund raising possibilities. At this workshop, there were all kinds of civil society organizations—very small, village-level non-profits, women-centric, education-oriented. Sitting in the corner of the room was Majety Sujatha in a colourful sari, absolutely quiet, in a thoughtful mode.

She had come all the way from Medak, travelling more than 110 km in a state transport bus. In Medak, she runs a highly devoted organization called SPERDS (Sri Padmavathi Educational Rural Development Society) Foundation. Sujatha’s organization is a small team of eight members. Since it was established in 2001, it has focused on empowering orphan girls. Today, the foundation also works with destitute women, depressed widows and suffering wives.

The foundation runs a shelter home and counselling centre for such girls and women. It also provides them education, takes care of their fees and provides them vocational training (such as knitting and stitching.) so that once they leave SPERDS after the age of 18 and 25 (in the case of orphans and destitutes, respectively), they can sustain themselves.

It was at this workshop that Sujatha walked up to our trainer and said, “I want to raise funds online to get my girls married into decent families, without being victimised because of the stigma of being orphan. They should have a wedding that makes them feel happy.”

By the end of the workshop, Sujatha had made her debut on social media platforms. The next week, she was sitting in our office in New Delhi and did not leave until her crowdfunding campaign page on Ketto, a crowdfunding platform, was created to raise Rs30,000 for the marriage expenses of two girls. One of the girls was Durga, who has been at SPERDS for a long time.

For Sujatha, the entire digital world has now become a family that can be tapped for raising funds. In the past, Sujatha could depend only on a closed community she approached personally for donations. The digital world, she now knows, is a world without any boundary, geographical or otherwise. She believes crowdsourcing could become her platform in the future to raise funds to meet all the needs of SPERDS.

The popularity of digital crowdfunding platforms can be judged by the fact that Ketto has helped raised more than Rs40,000 crore for 10,000-plus campaigns with support from more than 100,000 backers; Wishberry has helped support 325 projects that raised Rs8.6 crore; Catapooolt, another crowdsourcing platform, has raised about Rs20 crore from 14,000 contributors. Other platforms like BitGiving, Fuel a Dream and so many more are doing equally good work in helping personal and social campaigns.

I see a huge boom in the crowdsourcing phenomenon in India in the coming days, especially as connectivity and Internet usage increases. However, the interference of venture capitalists in crowdsourcing platform-based initiatives could lead to monopolizing control and this is something I fear could lead to the end of a good thing.