Twenty-five years of the Internet, sans reach and bandwidth 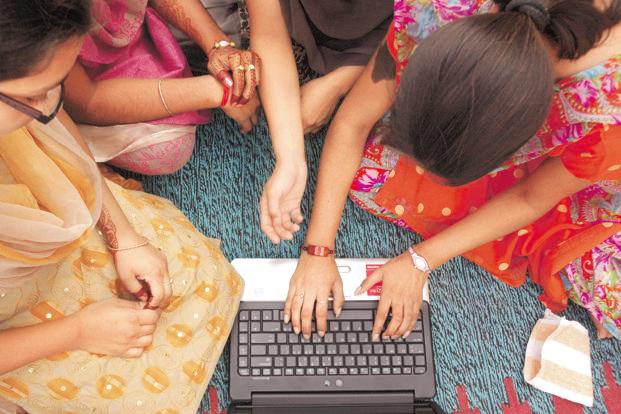 This article was first published by Mint on September 15, 2016.

I do not want the Internet for the sake of it.” “I need broadband.” “I need connectivity speed.” These are the general voices of the people, including those who are poor and live in villages, small towns, mufassils, micro enterprise clusters, geographically remote areas, slums or tribal areas.

It has been more than 25 years since Tim Berners-Lee and others invented the World Wide Web (WWW), and 25 years since the first website was made public. Today, a quarter of a century later, the Internet is no less important than oxygen, water or food. It might not even be incorrect to say that the Internet is a matter of survival for millions, if not billions, of people across the world.

In India, the WWW was introduced to the citizens 21 years ago, four years after it was born in the West.

From no Internet users in 1995, Internet penetration has reached almost 35% today in our country. Though I can definitely say that we have had an unrestricted and independent access to the Internet in India over the last two decades, this “we” translates to a very small percentage of the country’s population and not India at large. While mobile penetration has reached more than 71% of the population in the same period, Internet is not accessible to more than 65% of the country’s citizens and that is an issue.

Looking at the growth chart of Internet penetration in India, it looks like 40-50% of our population will continue to remain deprived of the Internet for another decade. This means the state of no open access to information will continue and our chance at building an equitable society will be delayed.

Internet brings equality, but is still percolated through a hierarchy of power, gender, economics, affordability and control.

If this is not the case then why is access to Internet easy in the metros and urban citizens? Both the government of India and the telecom industry do not understand that good governance and smart societies with complete prosperity can be achieved faster if we have bandwidth-enabled broadband Internet available to masses in a free or affordable manner.

If I just take the example of MSMEs (Medium, Small & Micro Enterprises), there are about 2,000 specialized clusters in India. Out of these, almost 500 are handloom clusters. They all suffer from digital, broadband and bandwidth deprivation. If all the clusters become high-speed Internet broadband zones, India will not only have a considerable percentage of population added in the statistics of Internet users, but we will also increase our GDP by a few percentile points.

In Chanderi (Madhya Pradesh), the Digital Empowerment Foundation started an initiative in 2010 to enable the weaver community with interventions in the areas of digital literacy, designing, cataloguing, skilling, archiving, e-commerce training, photography and, most importantly, by connecting almost every household to the Internet through Broadband.

Almost 3,500 weaver families live, have discarded designing on paper to adopt CAD/CAM software, learnt to use e-commerce platforms for sales, and adopted social media tools for marketing and promotion of their handloom products. Additionally, families have taken subscription of wireless broadband at their houses so that all members of the family can use and enjoy its benefits. As I see it, access to broadband is a single most life-changing experience one can get today, and it gradually translates into serious economic, educational, entertainment and governance outcomes.

According to a study done by the Indian Institute of Management, Calcutta (IIM-C) and the Institute of Rural Management, Anand (IRMA), the total revenue of the entire Chanderi silk weaving cluster has gone up from Rs65 crore in 2009 to over Rs150 crore today. Both institutions attribute this growth to bridging the information access barrier.

If people have access to broadband and adequate bandwidth, they could pursue distance education through video conferencing; upload images, videos and audio files to share indigenous content with a larger audience; buy and sell products online; hold virtual exhibitions of their art and craft; broadcast on social media about the non-delivery of government entitlements and responsibilities; access information about latest advancements in their field of interest. By delaying access to the Internet and not enabling communities with high speed connectivity, we are constantly underutilizing our own potentials and, consequently, delaying economic prosperity.