Are we ready to go cashless? 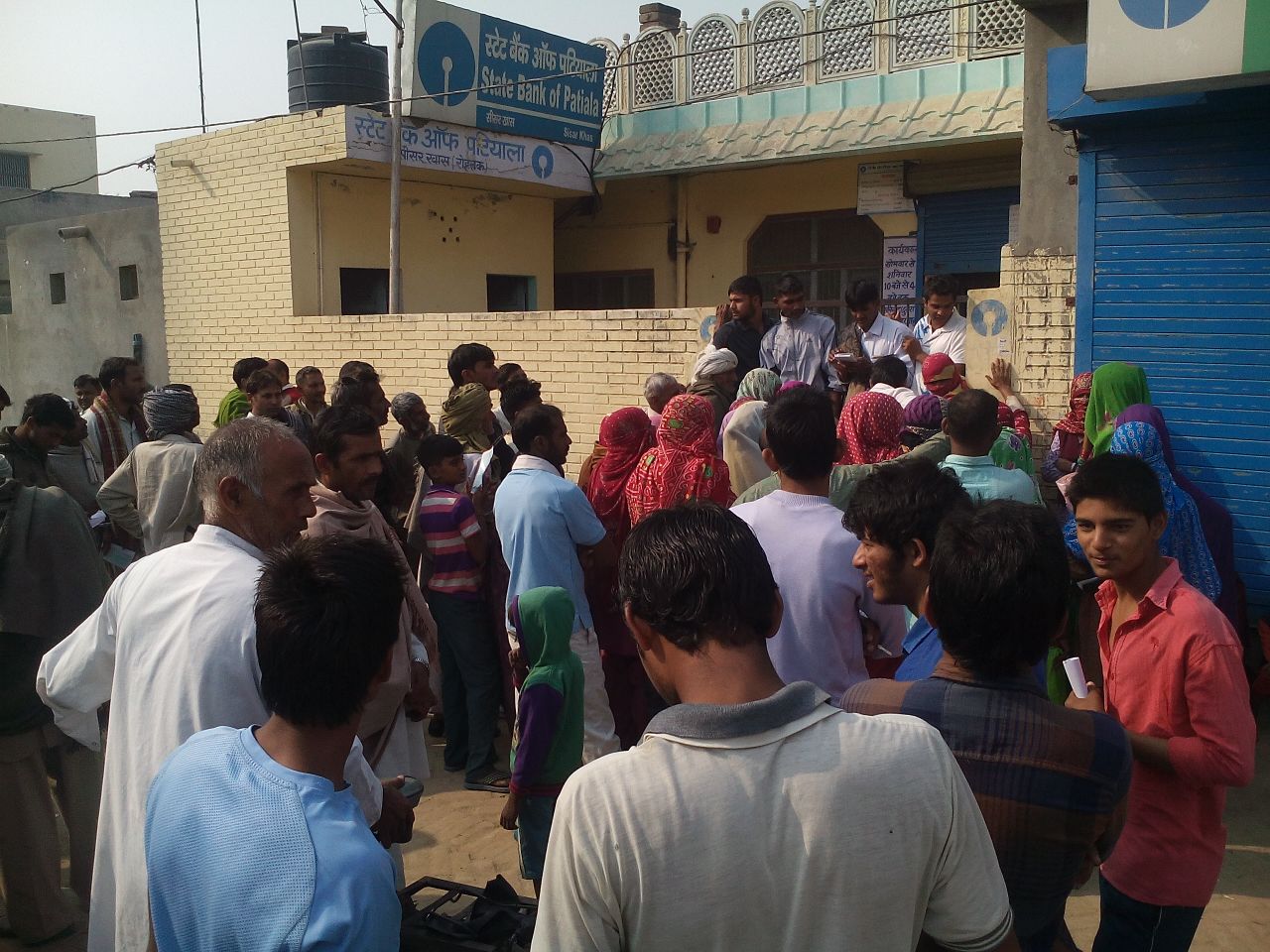 On November 8, 2016, a “sudden” address to the nation by Prime Minister took India by storm. That night, Narendra Modi declared, through a televised and radio address, that at midnight all existing currency of 500 and 1000 will become invalid; and in the next few days the government will begin to replace the old currency with new 500 and 2000 rupee notes. The measure was justified by the government stating that it is necessary to stop counterfeiting of the current banknotes allegedly used for funding terrorism as well as it is meant to be a crackdown on black money in the country. The move is allegedly also aimed at reducing corruption, drug menace and smuggling.

Minutes after the announcement, people started queuing up outside ATMs. Unfortunately, a lot of ATMS only had 500 or 1000 rupee notes to dispense because the ATM machines had not been stocked with 100 rupee notes in preparation of this “sudden” announcement.  The sudden move by the government came out as a surprise to most and many of them were caught off-guard, with either no cash or now invalid cash. And the banks and ATMs were closed for the next two days.

The aftermath of this policy led to serpentine queues in front of ATMs across the country, and these queues are visible even today — more than a month after the announcement was made. Banks have been flooded with people and the staff has been forced to do overtime to meet the demand of the people to exchange their old currency notes for new ones before the deadline of December 31 — we will not even talk right now about how this has significantly hampered the routine work of banks across the country.

The situation in the rural areas is more chaotic than most of us can imagine. One of the biggest issues in rural settlements following the policy proclamation was improper information dissemination at the ground level. Unlike their urban counterparts, rural areas have fewer ATM counters and on top of the inadequacy the people didn’t get proper background information about the deadline dates or about the process on how to convert their old currency notes. This resulted in confusion among the people and chaos at the banks.

One of the major issues surrounding the demonitisation crisis has been lack of proper information dissemination. People of thousands of villages either had no information or were misinformed about the new rule. Many of them were devastated, thinking that their years of savings were worth nothing — they didn’t know their old currency could be exchanged for new notes.

For those who understood the scheme, there was another issue — of tackling mistrust for banks. Many of them believed that bank officials would steal their money or take a large cut from their savings to exchange the currency. This mistrust increased when some people tried to withdraw money from ATMs in rural Ranchi but no cash was dispensed from the machine even though the accounts were credited. Further, with a nation-wide demonitisation crisis, everyone was heading to banks and ATMs. So there were far too many people who needed cash and not enough banks to cater to the needs. This led to prolonged queues, which resulted in tension, breakdown of emotions and violence as well. Even today, in so many parts of the country, people start queuing outside banks from 3 in the morning, in the hope of reaching ahead of the queue to withdraw cash.

Lack of liquid cash in hand, meanwhile, affected traders and impacted their livelihoods. Streets that are always busy started to wear a deserted look.

With stories coming in from our centres and across the country through newspapers, radio and news channels, it is clear that our politicians and policymakers are incapable of thinking on behalf of the majority of India’s population. Demonitisation has crippled majority of our population, and the worst affected are the poor who do not have access to smartphones or even bank accounts.

There are more than 400 million people in India who are officially illiterate, incapable of filling a simple form and, hence, they end up paying a bribe or commission to people who agree to fill the forms on their behalf for entitlements. The daily wage labours are being forced to exchange their 500 note bills for merely Rs. 150.

“The government talks about black money hoarders and how demonetisation will impact them, but it does not mention or talk at length about how the poor will deal with this. Let’s not forget that India’s richest 1% owns more than 50% of its wealth. Is it really then fair to cause inconvenience to 99% of Indians in the name of recovering black money? A majority of those who have black money stashed in the country have found some way or the other to turn their illegal funds into legal cash now,” writes Osama Manzar, Founder-Director of Digital Empowerment Foundation, in Mint.

“The nation is talking about “Paytm karo”, but do we understand that an e-wallet means nothing unless one has an Internet-enabled mobile phone, a functional bank account and a credit or debit card. Even at its highest capacity, Paytm reaches only 150 million users across India. According to a report by the Internet Society, 50% of Internet-enabled mobile phone users in South Asia  don’t even access the Internet on their phones. With a population of more than 1.2 billion, the country has only about 24.51 million credit card holders and 661.8 million debit card holders; and not all of them use their cards actively. Even the number of ATMs is restricted to a little more than 200,000 with only 75,000 located in semi-urban and rural areas. When the prime minister is asking India’s citizens to go cashless, he is actually speaking to those who hold credit or debit cards, the 400 million individuals who are connected to the Internet and 125 million individuals who are active on social media. This means, he is speaking to less than 50% of India’s population,” Manzar writes in his column.

In an effort to tackle the harsh consequences to some extent, DEF through its 170+ CIRCs has been organising camps to make people aware of the new rule and guide them in the right direction, which includes helping villagers open bank accounts. In several locations, such as Tain and Mewat in Rajasthan, the CIRC staff carried out a mobile drive where they used loud speakers to inform the people about the new rule and make them aware of the necessary steps they need to take to comply with the latest regulation.

“If the government really wants organizations and individuals to go cashless, it first needs to create an infrastructure to support cashless transactions. And for that to happen, the Digital India plan should work. When I say that Digital India should work, I mean that its success depends on how many panchayats are able to connect with the Internet. How can we hope to create a cashless economy without understanding the lives of the poor who form a majority of the country’s population? And how can the government expect the entire nation to go from analogue to digital overnight?” Manzar adds. “When the prime minister says we have to become a cashless economy, he must also be made aware of the kind of system, infrastructure and trust building it requires to really benefit the poorest of the poor and how much work is needed before a majority of Indians can embrace plastic money or virtual banking.”

You can read more about DEF’s views on demonisation in the columns published in Livemint on November 18 and December 16.