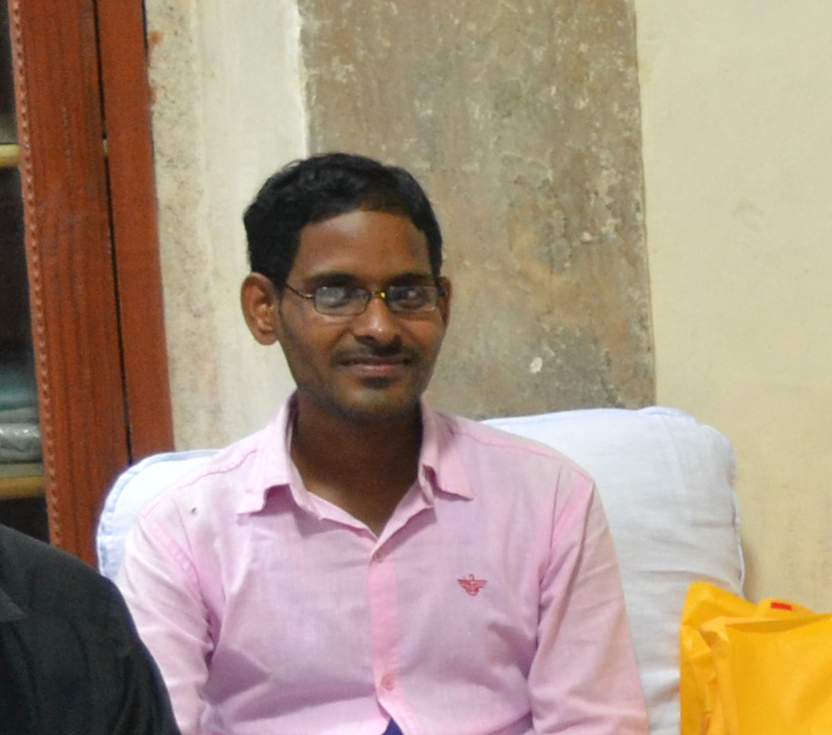 This story was first published in The Better India on June 22, 2016.

Twenty-seven-year-old Mohd Shahdab Ansari studied till Class X before he took up the family tradition of weaving in Chanderi, Madhya Pradesh. There wasn’t a lot of money to be made in weaving, but he persevered, driven by the knowledge that few had the talent to do what he did. Week after week, he wove saree after saree, giving them to his master weaver in exchange for meagre wages.

‘Master Weavers’ in these clusters are nothing but middlemen. They are neither weavers nor have they mastered the art of weaving. However, they are the ones who provide weavers with raw material. They also buy the finished product from weavers at a low price, sell it in the market a a much higher price and pocket the substantial profits. Shahdab, like other weavers, was at the mercy of these master weavers.

In 2009, Shahdab heard about a design competition for weavers at Raj Mahal. The competition was organised by Chanderiyaan, an initiative by the Digital Empowerment Foundation that aims to digitally empower the weaver community of the heritage town of Chanderi.

While Shahdab participated in the design competition and earned recognition from the project team, it wasn’t until 2013 that he decided to join hands with Chanderiyaan. Once he did, there was no turning back.

Shahdab was a quick and enthusiastic learner. In not time at all, he learnt digital designing through Computer-Aided Design/Computer-Aided Manufacturing (CAD/CAM) software. Learning computers also helped him pursue his long-cherished dream of working professionally as a designer. He quit weaving and took up designing full-time.

In the last two years, Shahdab has created over 300 designs using advanced software. These designs are used not just by the weavers associated with the project, but by master weavers who work independently as well.

Designing is now this young man’s passion and he doesn’t take more than 15 minutes to design a saree. His favourite saree is a yellow, intricately designed saree with orange flowers; it took him 30 minutes to design.

Designers like Shahdab feel that digitisation has made the process of designing faster and more accurate.

At the digital resource centre in Raj Mahal, weavers have not only learnt to create new designs using the CAD/CAM software but have also learnt to digitally archive and store their designs. This helps them when they want to retrieve a particular design from the database. Weavers even play around with these archived designs, adding new elements and innovate designs to add a contemporary spin on sarees and other traditional handloom products

The rich design library has greatly improved their productivity and accuracy while reducing their costs.

The use of computers has also reduced the baithak or idle time of the weavers. Earlier, master weavers and designers were the only ones creating designs. Weavers could only begin their work once they received their design. Since master weavers had several weavers working under them, and had to provide each of them with a unique design, the wait for designs could often last for weeks. Given that the weavers take close to three days to weave a saree, the wait for a design often translated into a loss of income. Today however, having learnt digital designing, weavers can pick their own designs and start weaving. This has led to a reduction in their processing time and an increase in their monthly income. The weavers are also using the internet to sell their sarees online through various eCommerce platforms, including the exclusive Chanderiyaan portal.

Additionally, with digital archiving and photography training, Shahdab and others like him, are photographing the motifs on the hundreds of monuments in Chanderi and transforming these into patterns and designs for sarees.

Weaving a saree is an intricate process that involves various stages of work from spinning the thread, to dyeing and weaving. Needless to say, handloom weaving is time-consuming and skill-intensive work. Besides the designing, weaving and stitching, what is very interesting about the Chanderiyaan weavers is that they give each saree a unique name (besides a code number for identification, of course).

A red bridal saree has been named ‘Ghunghat’ (veil) and a black saree with golden embroidery is called ‘Rida’ (izzat ka pehnawa or clothing of dignity). Two other sarees, pink and green, have been named after angels ‘Jasra’ and‘Ahlina’ respectively.

One weaver has named a pink saree after his wife ‘Tabassum’ (smile), and Shahdab has named his most intricate work ‘Urvashi’ (the name of an angel as well as the name of a river that flows near Chanderi).

Interestingly, however, only women’s wear is given names.

Related posts
Kalle Bhai – A man of many stories
October 17, 2016
Shiva is training HIV-infected children in computers to make them financially independent
August 1, 2016
PCs are taking folk music from Rajasthan to a Global audience
August 1, 2016
Anita Devi wants to give a boost to her business
July 12, 2016
Lifting the burden of a debt
June 23, 2016
Intervention for equality
June 23, 2016