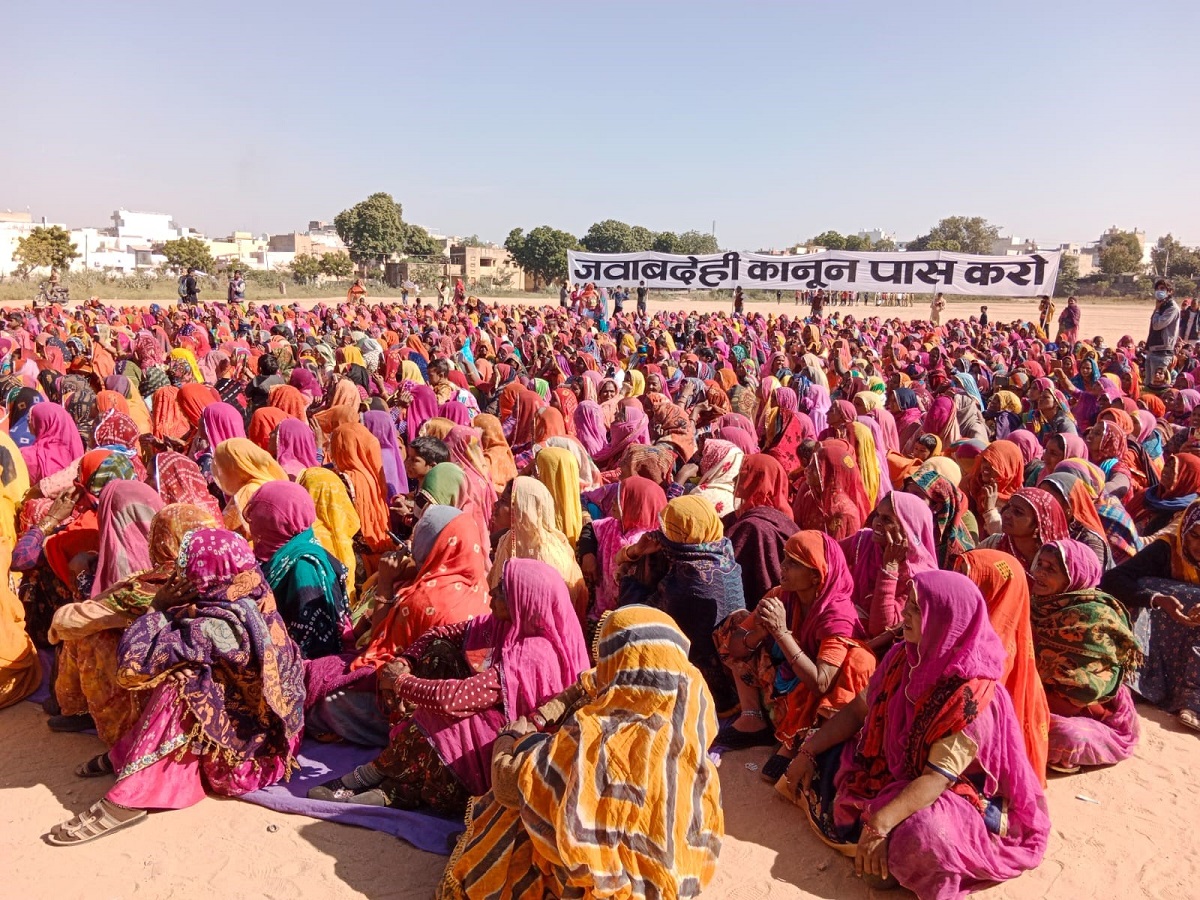 This travelog is about traveling by road, day and night, with people to publicly talk to the government in Rajasthan about the meaning of daily harassment of basic rights of the masses because of the non performance, unaccountability and delayed services that each and every government official must provide as per the constitutional right of the country.

Let me tell you first who I am. I am Saleem. I live and hail from a remote village in Bharatpur in Rajasthan. I am 26 years old and I work with Digital Empowerment Foundation as a Project Officer and my daily job is to ensure that all my fellow citizens in my area are literate and aware enough to demand and get their rights and deserving services. And the means are that we have several broadband enabled digital resource centers in our areas which are public access points for accessing and availing digital services across pillars such as education, livelihood, finance, health, business, entertainment, agriculture and so on.

In early December, I got a call from the head office in Delhi and we had a discussion about “on-the-job-training-and-experience”. They wanted to know if I would be interested in advocating the “Social Accountability Bill”. And so on 22nd December, 2021, I was part of the journey from Bharatpur to Rajsamand Jawabdehi. This was the second time that I was part of a ‘campaign’.

To give a brief about this, Jawabdehi yatra is one of the long-standing part of Jawabdehi movement which demands a Social Accountability Law.

Whose accountability? And why? These were my questions too, when I was asked to partake in the journey and the movement along with my team. But, it didn’t take much time for me to develop a personal inclination to be part of this as the reason was quite simple: it demanded social accountability of all government officials and bureaucrats. 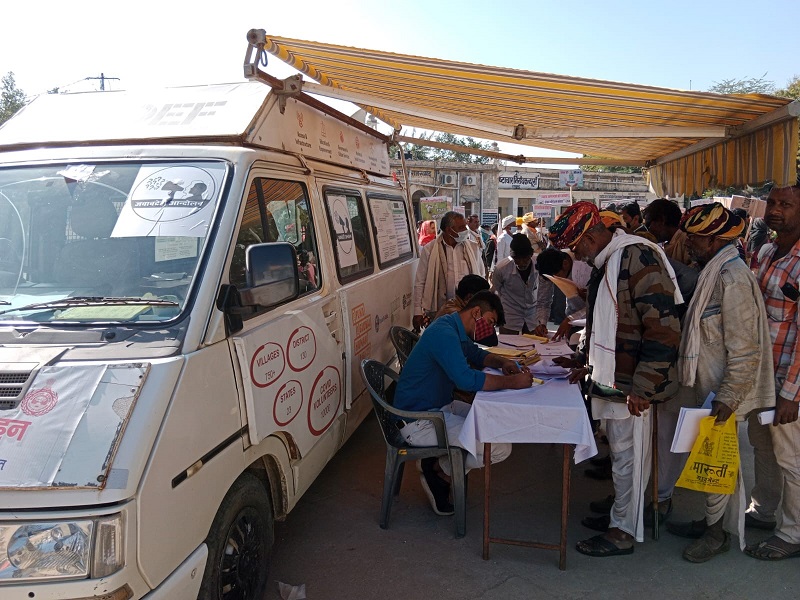 Having to plan multiple trips to government offices for the simplest of reasons is a common tale. The focus of the yatra is to converse with the people of Rajasthan and use the momentum of Jawabdehi movement as a medium to convey the complaints to the District Collector.

It was a gathering of people of different kinds, from different strata of the society and many with great experiential background, who added different shades of colours to promote this simple agenda. Artistic music, dance and puppet shows grabbed the attention of the audience. Our team (DEF) was involved in moving around with our Digitally Equipped Van to register the complaints from people which amounted to more than 600 in just a few days. Some participants were busy collecting donations, some carried around the messages written on tires and distributing fliers, while some others were constantly engaged with the media or prepared postcards that were addressed to the Chief Minister. 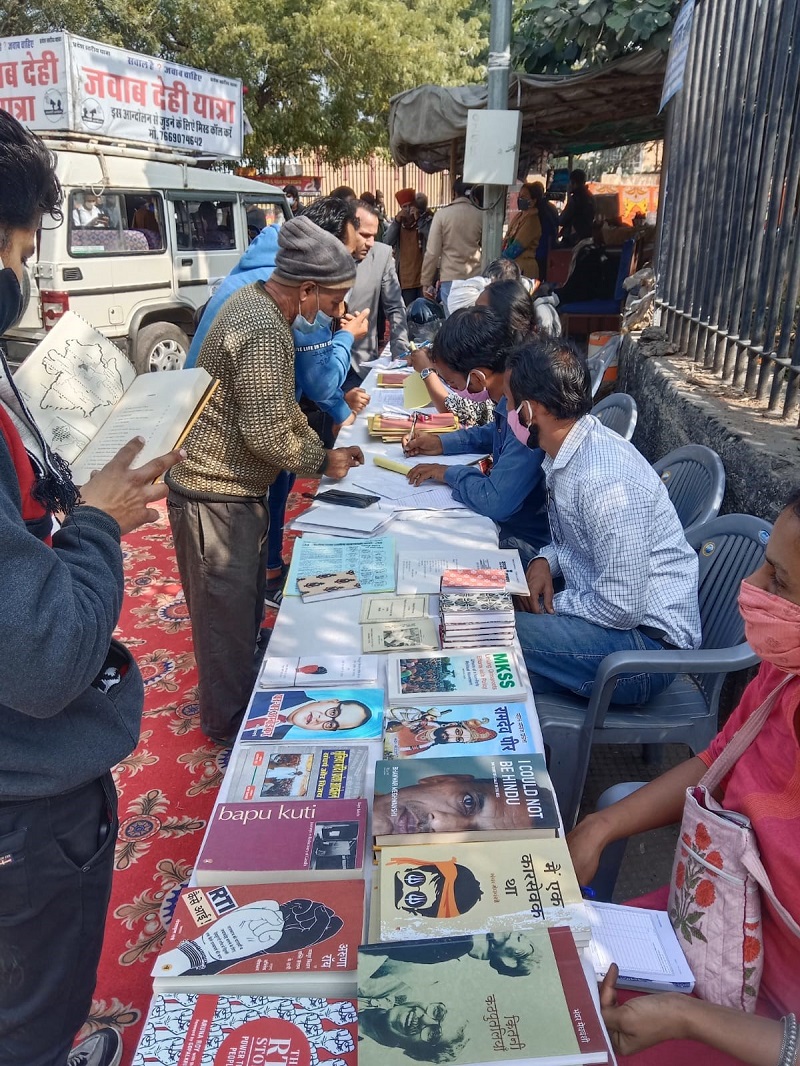 Alongside, they maintained sloganeering with great energy and passion and explained the benefits of this law to the attendees during rallies. One team was dedicated to document and another to update social media. We were also supported by different local social groups in every district. Collective efforts made this a powerful campaign.

I was getting a first hand experience of what this meant- through the people and for the people. On an individual level, I had stepped out of my zone to be part of the yatra for five days. It was just a matter of a few days before its essence had its deep effect on me. I spent half the time touring in the bus, spending most of my energy in rallies and ate whatever was organized for us. The yatra had around 100 participants and was conducted in places with limited resources.

The people who inspired me the most were the ones who had struggled to get there. Years of delay in benefitting from government programs had rendered many helpless. Especially the women were the driving force behind empowering me to fight for a law that would never prove to benefit me, instead aimed at strengthening the collective.

As the days passed, I got more used to being a participant and a companion to each other. To be honest, although the tour was planned for four days, we returned after five and felt sad after being back. But, I was left with no option as I had to get back to my job and some other team took over. The five days spent on this tour has been a very memorable experience in my life. If I am presented with an opportunity, I will never hesitate to be part of yatra.