You are here:
November 17, 2017Leave a commentOsama's Columns in MintBy Udita Chaturvedi 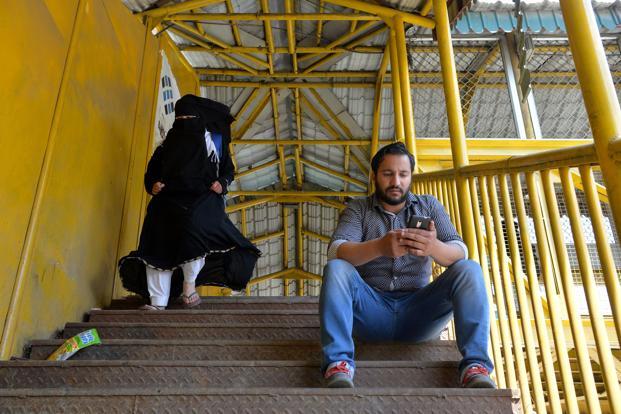 This article was first published in the Mint on November 17, 2017.

Sometimes I wonder if going online is an action or a behaviour. Or if it’s an action that converts into a habitual behaviour, like brushing your teeth. We brush our teeth every morning but we do it as a routine, often mechanically, barely noticing we’re brushing our teeth yet it is an integral part of our day. Besides, when an action becomes a habit, it becomes difficult to live without it. Similarly, being online is a behaviour that once you get used to, it is difficult to stay disconnected. We feel frustrated when our 4G connection drops to edge. We reset our broadband within seconds if we notice a drop in speed. It is not surprising how we, who are always connected to the internet—at our homes, in our offices and at public spaces—through broadband internet, mobile internet and even public Wi-Fi system, take connectivity for granted and often don’t realize how dependent we are on it. We expect internet to be available to us at all times, in all spaces.

The people of Darjeeling has to stay disconnected for over 100 days when mobile internet and mobile broadband connectivity was snapped “in the interest of public safety” on 19 June after an indefinite strike by the Gorkha Janmukti Morcha for a separate Gorkhaland.

Just like when any habit is curbed, people look for alternatives. In Darjeeling, people had to find ways to get online. Those who had friends and families living outside Darjeeling were unable to communicate with each other and assure them of their well-being. Those who could, travelled to the borders of Darjeeling to find mobile internet connectivity. Many locals even found spots where mobile connectivity was available, even if erratic and scratchy. When they had to speak to their loved ones away from home or transfer money through mWallets or look up the internet for study material, they walked for kilometres towards the state borders until they found connectivity. ‘Jio Dara’ or ‘Reliance Gulli’ is what they named these spots (based on the service provider they could connect to), where often scores of people could be seen sitting, glued to their smartphones, trying to make whatever they could of erratic mobile internet connectivity. But not all at Jio Dara or Reliance Gulli were there to avail of an “important” internet-dependent service; many were scrolling through their social media feeds or simply downloading entertainment content.

The internet finds contextual relevance in every connected person’s life. It only proves how lives are dependent on internet connectivity. When social media sites and apps were banned in Srinagar this summer, people used virtual proxy networks to go online.

State governments often cite national security, protection of peace and harmony, communal unrest and even reasons as bizarre as prevention of cheating in examinations to impose shutdowns. But there is little evidence that the shutdowns have resulted in achieving the mentioned objectives. There is evidence, in contrast, that supporting these steps creates disproportionate inconvenience as residents have restricted access to e-banking services and communication tools. Such shutdowns also affect trade or education and access to health and emergency services, disrupting in daily lives.

The internet and social media have also become such an entrenched part of socialising that without it, people are left bereft. Students in Darjeeling, for example, were unable to submit their college application forms online. Yasang Subba, 19, had to travel about 60km to access the internet at a cyber cafe in Siliguri to apply to the polytechnic college in Kurseong. Subba’s family could bear that cost of travel, many others can’t. Arun Thapa, a bank employee in Darjeeling, laments that ATMs were shut and banking cloud services inaccessible. Ritika Sharma’s school students were deprived of online notes and Manish Limbu’s hotel business suffered as it was not possible to take online reservations this season.

When the government imposes a ban on networks, it seems to only view the restrictions it is imposing on its citizens but forgets to take into account the collateral damage it causes to the state or the thousands of innocent people who have to face inconvenience. The Internet, more than any other medium of communication, is a force multiplier for constructive social and economic purposes. There have already been 60 cases of internet shutdowns in India this year, almost double of what India saw last year—31 in 2016 and 14 in 2015, according to Digital Empowerment Foundation’s internet shutdown tracker available at internetrights.in.

How will the government achieve a Digital India if it uses network shutdown as a knee-jerk reaction to potential unrest? Governments must recognize that the internet and social media may have some evil sides, but they also have many positives which are needed more.