Communication in an increasingly connected world 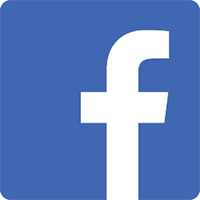 Technology is the equaliser for the marginalised. Social media and the global community provide people the opportunity to build their skills, a business or something for their community. That’s the power of communication, more so, of social media in an increasingly connected world. Currently, only 24% women have access to Internet in India (as opposed to around 50% in developed markets). The Internet is the invisible force driving advancement for women around the world, subtly breaking down social and cultural barriers to women’s empowerment. Social media allows women to be on an even playing field; and directly benefits the GDP.

The Indian government has projected that Indian digital economy will grow from $450 billion to $1 trillion by 2022 to become a $5 trillion economy by 2025. Due to social media, women entrepreneurs are using the Internet to build businesses while also managing to hurdle over the top three reasons that make most women leave the workforce—family pressures, wage disparity and fear of owning and growing a business. If women participated in the economy at pace with men, India’s GDP would increase by up to 60% ($2.9 trillion), by 2025. Women currently contribute merely 17% to GDP, way below the global average of 37%. But just think of the untapped potential in India. Of 1.3 billion Indians, 450 million are already Internet users. Of these, 432 million are mobile data users and as many as 730 million Indian mobile Internet users are predicted by 20202. Across the world, it is estimated that approximately 10 third of business organizations are owned by women. A recent research conducted by Facebook over a year across South Asia, and India in specific, has shown that there is a growing entrepreneurial spirit among women. It was found that women in South Asia start a business mainly to have a source of income, to pursue an interest or hobby, to be more independent, and to be more creative. Also, the proportion of single-led businesses is significantly higher among women (56 per cent) compared to men (43 per cent). In India, industry-wise, women are significantly more dominant in retail, social services, and personal services. Social media is the equaliser for women and gives women access to new opportunities, new markets, and new ideas—all from their own home. Technology and the Internet today unlock opportunities and empower people to dream big and build products to improve their communities. Social media and the global community provides the opportunity for people to build their skills, build a business or build something for their community—this is the power of communication in an increasingly connected world.