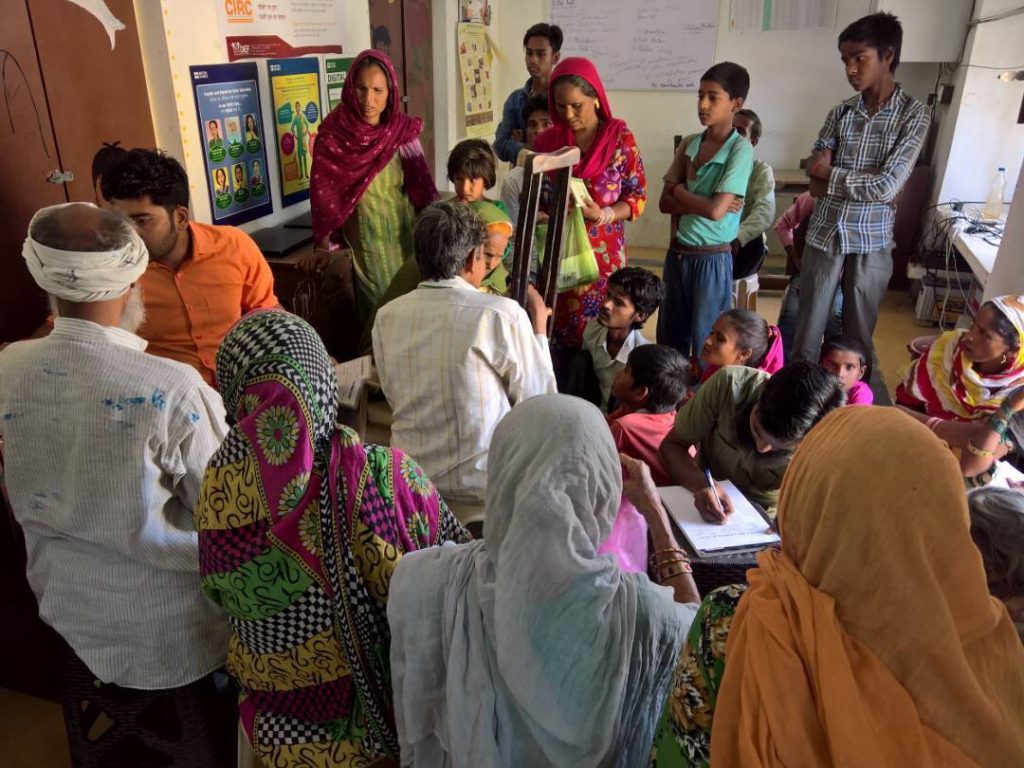 On International Labour Day, Team Baank-e-Loom organised an awareness camp in Saidanpur, Uttar Pradesh, where more than 70 per cent of the population works in the unorganised sector, mostly as agricultural labourers, brick-kiln labourers and other daily wage earners. Despite a large weaving community, most men in the village are dependent on daily wage for a stable income. The camp, organised to inform people about skilled/unskilled labour parameters and state/national policies to safeguard the interest of labourers, was able to pull a crowd of 500 individuals (many of whom were disabled) from Saidanpur and neighbouring villages.

The International Labour Day was celebrated with great gusto across many CIRCs actually. The day saw many centres hosting melas, where large number of community members gathered to avail digital services and seek information on their rights and entitlements. CIRC Srikakulam in Andhra Pradesh disseminated information on the RTI Act, whereas the centre in Saidanpur saw people with disabilities, labourers, farmers and elderly throng the centre to seek information on various government schemes. At CIRC Halduchaur, a video screening was held, followed by a file visit, where the centre team met with labourers to hold a survey about how aware they were about the labour laws. In Ramwadi village, which is located in the Osmanabad district of Maharashtra, a special Gram Sabha was held under the digiprayas programme. The meeting was attended by a 100 people, which included the sarpanch of the village, gram sevak, panchayat members, and local villagers. During the meeting, various issues were discussed including financial literacy, digital banking and online forms of payment. Other centres that celebrated Labour Day were Basavapatna, Khairtel, Lalitpur, Tura, Mamoni, Noida, to name a few.