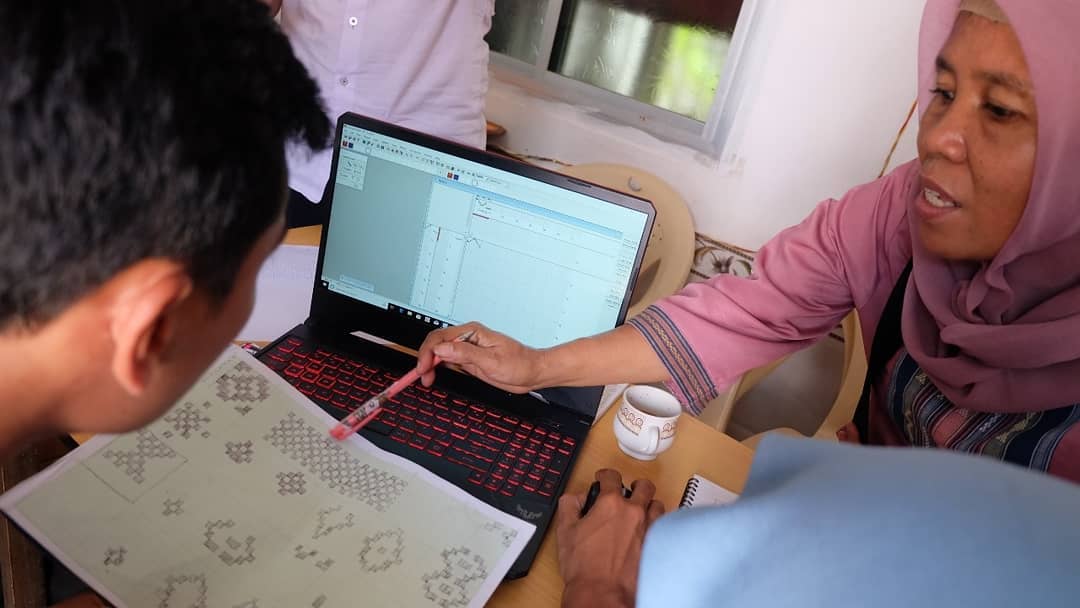 Digital Empowerment Foundation in partnership with UNESCO and RedR, Indonesia, convened a training workshop in Chanderi, India and Senaru, Lombok in September-October 2019, to introduce the use of simple design-application for weavers to document their traditional motifs in digital format. The digitalisation of motifs will enable them to record community’s collective memory as well as to create and test new designs for better market opportunities. The workshop was conducted in two parts. The first part was Training of Trainer on Motif Digitalization was held in Chanderi and New Delhi. Then, a four-day training was held in Senaru, Lombok.

The workshop in India was held between September 8 to 12 and the training in Indonesia was conducted from October 8 to 11. 13 weavers, three men and 10 women, participated actively in this new learning experience. During the training, the representatives of weaving communities from Bayan and Pringgasela learned how to document their motifs digitally and at the same time they also learnt how to improve their weaving technique. They also learned how to use social media for marketing purpose.

The workshop was conducted as part of UNESCO Post-Disaster early recovery supports to Lombok‘s traditional weavers after a 7.0-magnitude earthquake hit the island in 2018.

This motif digitising training is a series of collaborative activities between UNESCO & RedR Indonesia in the effort to preserve weaving as intangible cultural heritage, improving the livelihood of post-earthquake weavers, as well as efforts to reduce the risk of disaster for traditional weavers who live in disaster prone areas. The aim of the training was to develop the skills of the main actors of the Bayan and Pringgasela weaving communities in understanding the process of digitising the weaving motif so that weaving motifs from each region can be digitally documented. Training participants were also trained to create new motifs and then practiced them directly on the looms they usually use.